Access to PPE for frontline NHS staff is getting worse despite Government promises to increase supplies, a poll of thousands of doctors has found.

The Royal College of Physicians said those working in high-risk areas still could not always access long-sleeved disposable gowns and full-face face visors. It said the shortages had worsened in the last three weeks.

In a survey of 2,129 college members last Wednesday, 27 per cent reported being unable to access the kit they needed for managing COVID-19 patients.

That’s compared with just over a fifth (22 per cent) of doctors in a similar poll on April 1.

It comes as a separate survey found one in four GPs have seen coronavirus patients face-to-face without PPE due to the dire shortages.

In it, they call for an urgent meeting with Lord Paul Deighton to fix ‘the impossible situation’ clinicians face, ‘where they have to choose between protecting their own health, or their patients’.’ 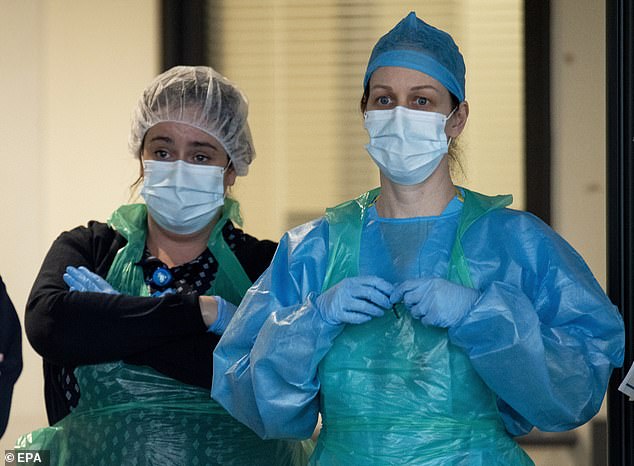 Access to PPE for frontline NHS staff is getting worse despite Government promises to increase supplies, a poll of thousands of doctors has found. Pictured: NHS staff outside Aintree University Hospital in Liverpool 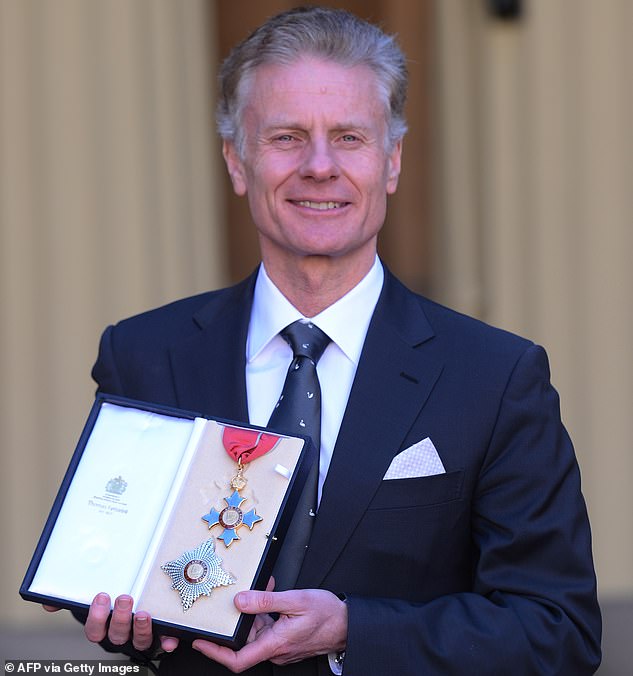 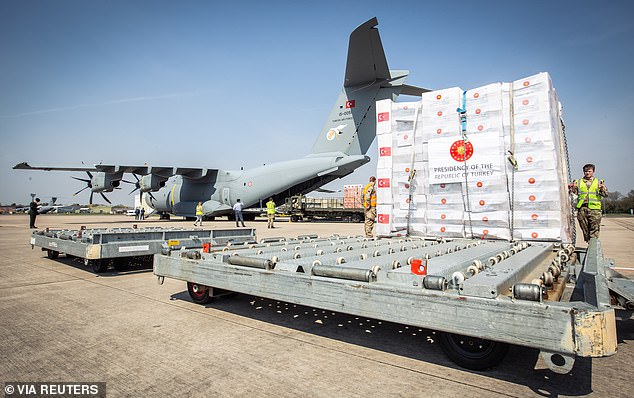 Lord Deighton, who was chief planner of the London 2012 Olympic Games, was appointed a week ago to head up a massive manufacturing effort of PPE.

The difficulties in securing PPE stocks were highlighted last week when a Government shipment from Turkey arrived three days late as hospitals ran out of equipment.

The shipment, which was due to have 400,000 disposable gowns, is thought to have been well short of the gear that was promised.

The Times reports that in their letter, medical leaders write: ‘Doctors, nurses and other health and social care professionals are used to managing the unexpected, but they can do that best when they are kept informed and communicated with honestly.

Lord Deighton: The ‘PPE tsar’ set to end the shortage of equipment

He was educated at Wallington Grammar School and also attended Trinity College in Cambridge, graduating in 1978 with a BA in Economics. 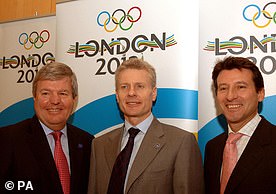 Lord Deighton (centre) with deputy chairman Sir Keith Mills, (left) and chairman Lord Coe (right) after he was unveiled as the new Chief Executive of the London Organising Committee for the Olympic Game

He started his career at the Bank of America before moving to Security Pacific National Bank where he worked on corporate banking.

From 1994 he spent two years at its New York office, before returning to London.

On his return he became a partner at the firm and was promoted to Head of European Operations.

In 2000 he became the Chief Operating Officer for Europe.

The 64-year-old worked extensively with Boris Johnson during the 2012 Olympic Games.

Then in 2013 he became Treasury minister and was made a life peer.

He was also knighted in the 2013 New Years Honors list.

‘Just as clinicians have a duty of candour with patients and their families, the government must observe the same principle with the profession. We encourage you to be open and frank about the challenges you face, while doing everything possible to get the supplies to where they are needed.’

The RCP survey also found 31 per cent of those working in ‘aerosol-generating procedure’ areas – the parts of hospitals with the highest exposure to COVID-19 – could not always access long-sleeved disposable gowns and 37 per cent could not get full-face visors.

Ninety-one per cent of those with symptoms of the virus said they were able to access testing – up from 31 per cent three weeks ago.

Two in five doctors said they had struggled to access eye protection and 16 per cent said there were not always masks available.

Almost a quarter (23 per cent) said they did not know how to raise concerns about a lack of PPE in their hospital.

Andrew Goddard, president of the Royal College of Physicians, said: ‘This survey shows the reality of the situation facing hospital doctors.

‘The lack of PPE remains their biggest concern and it is truly terrible that supply has worsened over the past three weeks rather than improved.

‘Healthcare workers risking their lives couldn’t care less how many billion pieces of PPE have been ordered or supplied. If it isn’t there when they need it, they are in harm’s way.’

A separate poll of 675 GPs found that one in four had seen coronavirus face to face without adequate PPE.

The survey, carried out by the GP magazine Pulse, also found that more than three-quarters fear for their health or life.

Just a third said they had adequate access to face masks and roughly one in 10 13 said they could always get eye protectors and gowns.

Only one-third receiving adequate facemasks, and only 13 per cent and 12 per cent say they have received adequate eye protectors and gowns (aprons) respectively.

Meanwhile, a Daily Mail investigation found  hundreds of ‘PPE pirates and profiteers’ are exploiting the coronavirus crisis and putting the lives of key workers at risk.

Health service leaders accused speculators of flooding the market for protective equipment such as face masks and gowns with vastly overpriced or counterfeit goods.

New businesses masquerading as healthcare suppliers are inflating prices by up to 1,000 per cent – as some desperate care homes are being forced to pay up to 10,000 per cent more for vital safety gear for their staff.

NHS procurement managers are wasting hours of working time ruling out dubious suppliers from the black market, and have accused fraudsters of profiteering that ‘beggars belief’.

It comes as the British Standards Institution (BSI) warned of a surge in fake safety certificates for protective gear since the start of the crisis as swindlers flog substandard equipment.

NHS trusts and care home bosses across the country are battling to secure equipment needed by workers treating coronavirus patients.

Healthcare experts said they are being inundated with offers from supposed suppliers ‘trying to make a quick buck’.

One established UK wholesaler said up to 95 per cent of products being offered by emerging businesses have turned out to be fake.

The BSI reported a significant increase in fake safety certificates for PPE equipment, with large numbers now in circulation.

They are mostly for disposable face masks, but some have included gloves, protective clothing and eyewear. In most cases, they are used by scammers selling PPE in large quantities to companies such as care homes, wholesalers and retailers. Stephen Hill, from procurement body NHS Commercial Solutions, said he now spends most of his day trying to separate real suppliers from those trying to ‘exploit the taxpayer’.

The difficulties in securing PPE stocks were highlighted last week when a Government shipment from Turkey arrived three days late as hospitals ran out of equipment.

Care bosses facing severe shortages have had to turn to private companies charging a premium for PPE due to ‘unreliable’ Government supplies.

MHA, a charitable trust which runs 220 care homes, has had to spend £200,000 on masks at five times the usual price. Karl Silvester runs Awarding Care, which looks after 170 adults in their own homes in the Black Country area.

He contacted a number of suppliers but found a box of gloves which normally sells at £2 to £3 each was priced at £15, while plastic aprons which were typically 2 pence an item were up to £2 a piece – a hike of almost 10,000 per cent.

A Department of Health and Social Care spokesperson said: ‘It is our absolute priority to make sure that frontline healthcare staff are protected and they feel safe.

‘We are working around the clock to ensure PPE is delivered as quickly as possible to those on the frontline of this global pandemic for as long as it is required and have delivered over 1 billion items since the outbreak began.’