A furious debate is raging online over whether milk should be added first or last when making a cup of tea.

The question was posed by the Australian consumer organisation Choice to its thousands of followers on Facebook.

The watchdog explained the poll was running alongside research it was carrying out to determine the best-tasting tea.

‘While we let the results steep for a while, perhaps you can help us with a matter of procedure. If you take milk in your tea, do you put it in first (before the hot water) or last?’ Asked a Facebook post. 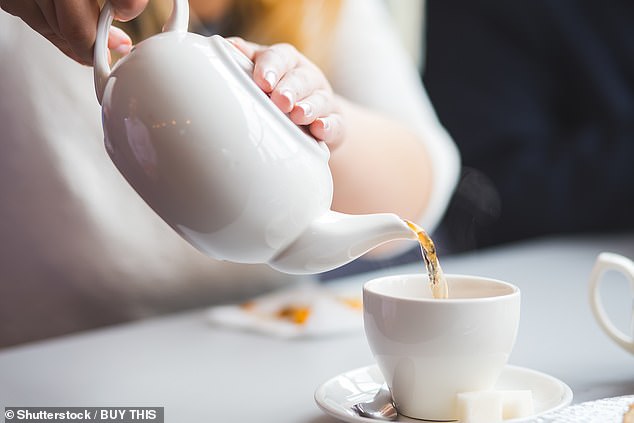 The jury is out as to whether or not milk should be added to tea first or last, however, commenters said this depended on whether a pot or bags were used

What goes in first milk or tea?

To date, over 3,000 votes have been cast, however, there is no indication at this stage as to which side leads the way.

Commenters also took to the post in their droves to say why they think their way of making tea is preferable to others.

Those who were for adding milk first said this offered a better gauge as to the strength of the tea.

‘Milk in first so you can really see the strength if the tea,’ said one.

‘You can always add more milk after the tea. We were taught this way from family, and aunts and great aunts the same,’ said another. 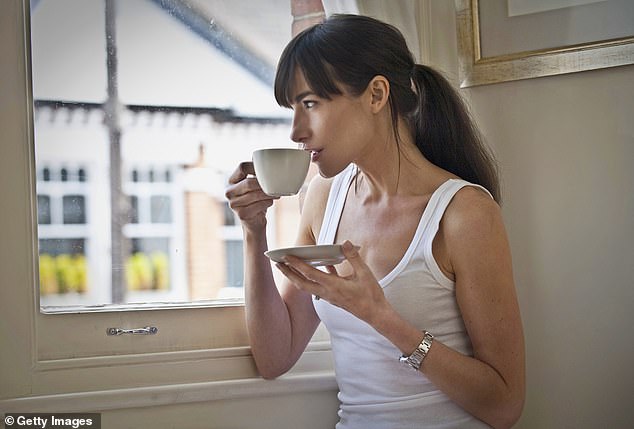 Many on the thread said they preferred to add milk last, but the rule entirely depended on whether they used bags or loose leaf tea.

‘So most times I use a tea bag and the milk has to go in last if I use the teapot the milk goes in first,’ one wrote.

While another said: ‘Depends if it’s tea made in a pot (milk first) or tea made with a tea bag (milk last, as it seems to hinder the tea from infusing).’

‘Tea from a pot is always milk in the cup first, tea made in a cup has the milk in after,’ a third said.

Another added: ‘Putting milk in first can cause the hot tea to slightly curdle the milk, leading to a change in flavour.’

What do the experts say about how long a tea bag needs to be in a cup?

* According to tea expert Sharyn Johnston, the type of tea as well as the tea bag material controls the quality of the cup.

* However, she said poor quality tea will make for a poor quality cup – regardless of the bag. So for best results use a large, high quality open leaf variety.

* A pyramid-shaped bag is the best as the leaves can expand.

* Steep for the correct amount of time for the tea type and use the correct water temperature.

* In regards to the manners associated with the process of disposing of the tea bag: Anyone who squeezes it on the back of a teaspoon or drinks with the bag in is very bad mannered.

Daily Mail Australia turned to Sharyn Johnston, founder of Australian Tea Masters, to help shed some light on the matter.

According to Sharyn milk should always go in last – regardless of whether it was made in a pot or using a bag.

She said historically milk put into cups first as people drank from fine bone china which cracked easily with heat.

Today, this isn’t the case as cups and mugs are made from much stronger materials.

She also said milk when added first cools the tea quickly and there’s the problem of determining how strong your brew is.

‘With all the amazing speciality teas coming into the market place, we don’t need to add milk at all,’ Sharyn said.

‘If we put it in first we cannot experience any of these beautiful flavours.’

Bed bugs: Smelling this odour wafting from your room could be a warning of an infestation