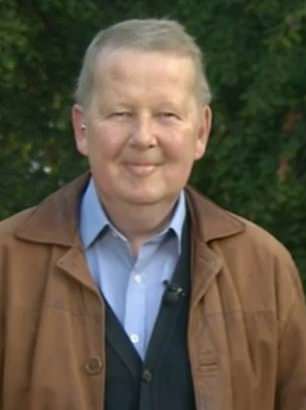 Bill Turnbull has today admitted he has an ‘awfully long way to go’ to beat prostate cancer after a year of gruelling treatment and ‘dark days’.

The 62-year-old former BBC Breakfast host also revealed he has had nine rounds of chemotherapy and in his typically understated tone described the ordeal as ‘a bit of a grind’.

He was diagnosed with prostate cancer at the end of last year, after long-term aches and pains which he had put down to ‘old age’ were no longer being alleviated with pills.

Both he and Stephen Fry have been praised for raising awareness through their experiences with the disease.

Mr Turnbull told his former show BBC Breakfast that the first few days following his diagnosis were the ‘darkest’.

‘I did nine rounds of chemotherapy, which is a bit of a grind to be honest. That finished a few weeks ago,’ the presenter said.

‘The effects of the chemo have been wearing off, which means my energy levels are back up and I feel a lot better in that respect.

‘I’ve still got the disease and we’ve got an awfully long way to go, but for the moment I’m feeling OK.’ 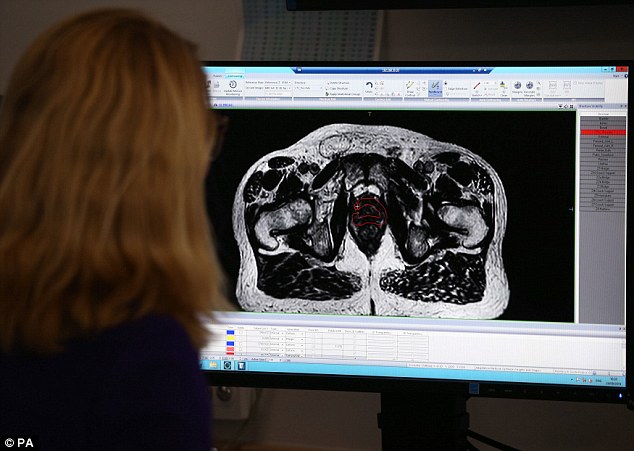 He described being diagnosed, as he was recording The Great Celebrity Bake Off For Stand Up To Cancer on Channel 4, as a ‘bombshell’ moment.

‘It’s one of the hardest things that you’ll face in your life. It will happen to hundreds of people today, when they’re told, not just that they’ve got prostate cancer but other types of cancer. 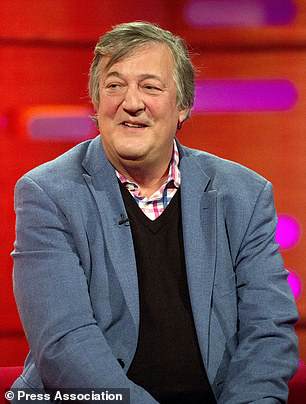 ‘You have to push through it really. It’s a really numbing, shocking moment.

‘The consolation is the first days are the darkest days. If you get through those and have people around you, after that you can start putting things into context.

‘It’s not great. It’s a constant thing on your mind, but if you get through that first week or so it will get a little better.’

Turnbull said it had been ‘gratifying’ to raise awareness.

‘As soon as I went public there was an enormous response on Twitter … to wish me well, but also men saying they had been made by their wives and family to get a test because they had been putting it off’, he said.

‘It wasn’t my intention originally. I just wanted to make people aware it can happen to you at a certain age and if you feel the warnings signs – problems with your waterworks, unexplained aches and pains that won’t go away – for heaven’s sake go and get yourself tested.

‘If you catch it early, that’s much better than finding out too late.’

Turnbull, who had been given the all-clear when he had been tested at the ages of 40 and 50 and had not seen a GP for four years, said: ‘A diagnosis of cancer today is not a death sentence by any means.

‘Many, many people survive. Other people are now surviving for much longer than they would have a decade or two ago. So getting a diagnosis is not the end of the world.’

And he joked of the ‘Turnbull and Fry effect’: ‘A song and dance routine just occasionally might be a good idea.’

Fry revealed his diagnosis in February.

WHAT IS PROSTATE CANCER?

How many people does it kill?

It means prostate cancer is behind only lung and bowel in terms of how many people it kills in Britain. In the US, the disease kills 26,000 each year.

Despite this, it receives less than half the research funding of breast cancer – while treatments for the disease are trailing at least a decade behind.

How quickly does it develop?

Prostate cancer usually develops slowly, so there may be no signs someone has it for many years, according to the NHS.

If the cancer is at an early stage and not causing symptoms, a policy of ‘watchful waiting’ or ‘active surveillance’ may be adopted.

Some patients can be cured if the disease is treated in the early stages.

But if it diagnosed at a later stage, when it has spread, then it becomes terminal and treatment revolves around relieving symptoms.

Thousands of men are put off seeking a diagnosis because of the known side effects from treatment, including erectile dysfunction.

Tests for prostate cancer are haphazard, with accurate tools only just beginning to emerge.

There is no national prostate screening programme as for years the tests have been too inaccurate.

Doctors struggle to distinguish between aggressive and less serious tumours, making it hard to decide on treatment.

Men over 50 are eligible for a ‘PSA’ blood test which gives doctors a rough idea of whether a patient is at risk.

But it is unreliable. Patients who get a positive result are usually given a biopsy which is also not foolproof.

Scientists are unsure as to what causes prostate cancer, but age, obesity and a lack of exercise are known risks.

Anyone with any concerns can speak to Prostate Cancer UK’s specialist nurses on 0800 074 8383 or visit prostatecanceruk.org