The number of drinks had by binge drinkers in the US is on the rise, federal health officials say.

The average number of alcoholic beverages had by binge drinkers during benders rose from 472 in 2011 to 529 in 2017, according to a new report from the Centers for Disease Control and Prevention (CDC).

Interestingly, the spike wasn’t seen in college-age students but in adults aged 35 and older. 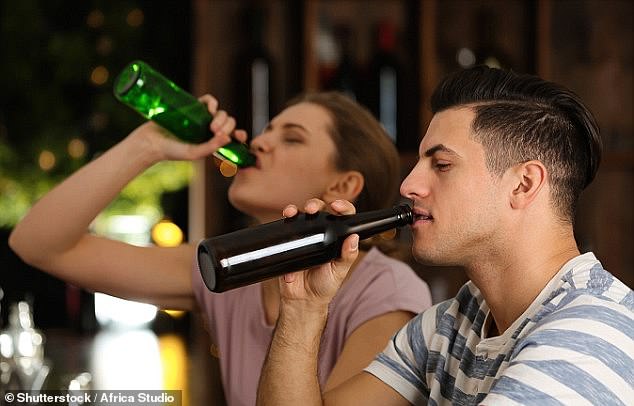 For the report, the CDC looked at self-reported data from binge drinkers from the agency’s Behavioral Risk Factor Surveillance System between 2011 and 2017.

The report found that the biggest spike in drinks consumed during one sitting occurred among adults between ages 35 and 44.

Binge drinkers consumed an average of 593 drinks in 2017 during binging episodes – a more than 25 percent increase in 2011.

Differences were also seen from state to state with Massachusetts residents binging the least amount of drinks at 320 per person and residents of Wyoming binging the most at 1,219 drinks per person.

Alcohol can have devastating consequences on physical health.

They may also have problems managing diabetes, high blood pressure and other chronic conditions.

Past research has also found that heavy drinking may increase the risk of osteoporosis, a disease in which the body loses too much bone, makes too little bone, or both.

What’s more, excessive drinking is responsible for one in 10 deaths among adults from ages 20 to 64 in the US ever year.

‘These findings highlight the need to reduce the total number of…drinks per adult who reported binge drinking by reducing the prevalence, frequency, and intensity of binge drinking,’ they wrote.