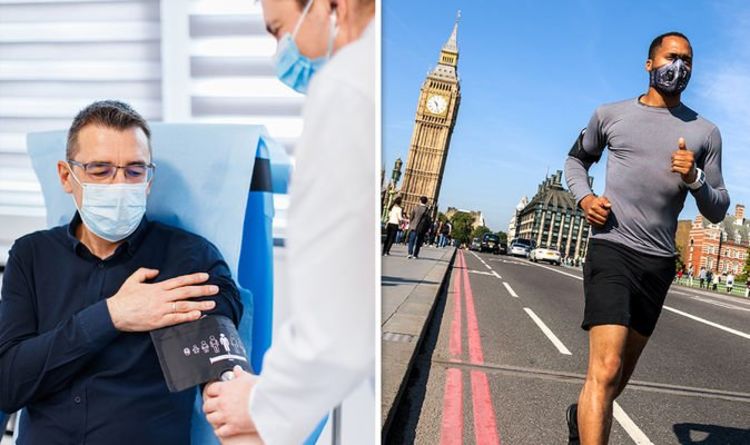 Hypertension can lead to a range of health problems, including heart disease and stroke. Thankfully, exercise can help lower blood pressure readings whether you’re in a polluted area or not. “Regular physical activity is a safe approach for people living in relatively polluted regions to prevent high blood pressure,” reassured study author Xiang Qian Lao. The associate professor at the Jockey Club School of Public Health noted that exercise “continued to have a protective effect even when people were exposed to high pollution levels”. More than 140,000 people were involved in the research, who didn’t have high blood pressure (i.e. hypertension) at the beginning of the study.

Over a five-year period, researchers classified the weekly physical activity levels of each adults as either:

The scientists also recored exposure of PM2.5 as either low, moderate or high.

Overall, people who were highly active and exposed to low levels of pollution had the lowest risk of developing high blood pressure.

Meanwhile, each increase in PM2.5 level was associated with a 38 percent increased risk of high blood pressure.

People who were the least active and lived in the most polluted areas were more at risk of high blood pressure.

Yet, even those in highly polluted areas had a 13 percent lower risk of high blood pressure if they were “highly active” when it came to exercise.

“This is the largest study to analyze the combined effects of air pollution and regular physical activity on high blood pressure,” said Lao.

“Our findings indicate that regular physical activity is a safe approach for people living in relatively polluted regions to prevent high blood pressure.”

Living near a busy road…

Public Health England predicted there will be around 2.6 million new cases of coronary hear disease, stroke, and lung cancer by 2035 if pollution levels remain the same.

What Is Soy Lecithin? Potential Benefits vs. Risks

Covid-19 UK: More than 30% of black over-60s in England have yet to get their coronavirus vaccine