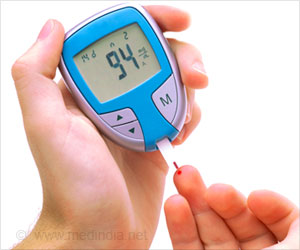 Diabetes (diabetes mellitus) is a chronic condition where most of the food is broken into sugar and increases the blood sugar levels. There are two type of diabetes; type-1 diabetes and type-2 diabetes. In type 1 diabetes the amount of insulin produced is less and most and most commonly found in children, teenagers and young adults. Type-2 diabetes does not use the amount of insulin to keep the blood sugar level down and therefore the level of blood sugar is on the higher end.

Diabetes increases the susceptibility of an individual towards infection as it reduces the body’s immune response. Recently diabetes is considered as one of the important risk factor for covid-19 infection. The authors say that: “From 2000 to 2015 the overall rate of hospitalization from infections in US adults rose significantly, especially in people with diabetes.”

The study used the data from the Atherosclerosis Risk in Communities (ARIC) which had about 12,379 individuals where there were 54.3% women and 24.7% black. It had detailed information about their age, sex, race, lifestyle behaviors like smoking and drinking. The people who had fasting glucose level of 7 mmol/l or more and non-fasting 11.1 mmol/l or more were considered diabetic.

Researchers found out that most of the individuals who were hospitalized due to various diseases like respiratory, urinary, gastrointestinal, sepsis, foot and postoperative infection had diabetes.

The authors conclude by saying that the infection management and prevention has become important during the present pandemic.

A Lemon Water Recipe for Weight Loss and Detox