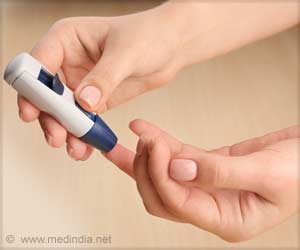 The study focuses on the innovative and distinct features relevant to women’s heart health, as well as gender-specific variances, in terms of preventing cardiovascular disease (CVD).

According to Dr. Ferrannini, “Even in a trial like REWIND where most people were adequately treated for their cardiovascular risk factors, women with type 2 diabetes were less likely to reach recommended treatment targets than men and were prescribed fewer cardioprotective drugs. Despite this, women remain at an advantage, having a lower risk for future cardiovascular events compared to their male counterparts, except for stroke; this is possibly due to gender differences in the pathophysiology of the disease. However, it is important to consider all gender disparities that exist in the real-world setting that prevent women with diabetes to keep such an advantage, including time to diagnosis, use of invasive revascularization procedures, and use of guideline-recommended treatments. Women with type 2 diabetes are at high cardiovascular risk and should not be neglected in its comprehensive management.”
Advertisement

Despite the majority of women and men meeting the treatment targets for high blood pressure and low-density lipoprotein (LDL, or bad) cholesterol while beginning the study, women had fewer chances than men of receiving recommended medications such as ACE inhibitors and angiotensin receptor blockers (ARBs) to resolve the complications.

Irrespective of whether patients had previously experienced a cardiovascular incident, women had fewer chances than males of qualifying for the intense LDL cholesterol treatment over a period of 2 years.

Nonetheless, in the REWIND trial, women were found to be having 46 percent lesser chances than men to experience unfavorable cardiovascular events than men, except for stroke.

“Despite evidence of the benefits for managing cardiovascular risk factors (such as lowering blood pressure and cholesterol levels) in people with type 2 diabetes, an unacceptable proportion of affected women are not reaching recommended treatment targets”, says lead author Giulia Ferrannini, MD, from the Karolinska Institutet, Stockholm, Sweden.

“Cardiovascular disease is the leading killer of women, but it has never been more preventable and treatable. The reasons why women are not receiving the same standard of treatment as men are complex and require further investigation so that women with type 2 diabetes can be treated more effectively.”