More than one hundred years ago, three mates decided their favourite cliff fishing spot on Sydney’s southern outskirts was just too good to leave.

So in 1917, Bert Adamson, Gordon Donovan, and Sid James, started fashioning homes in the caves of sandstone cliffs at Tabbigai, on Cape Solander, Kurnell, that would still be occupied over 50 years later.

The trio, who had been visiting since they were teenagers, were the first to build there, but over the next 13 years, 15 homes would be built.

And the families who lived there often had far better lives than those in Sydney’s crowded inner suburbs – especially during the grim days of the Great Depression.

Resourceful residents had a water supply and installed fridges, lighting, electricity generators and even carpet.

They build passageways through the sandstone and accessed water from a natural spring. One even had a guest house.

They could look out of their kitchen windows at the sea and if they felt conditions were right, lean out and cast a fishing line.

They were legal too, having secured ‘permissive occupancy’ status and paid an annual fee and local rates to live there, according to the Sutherland Shire Environment Centre. 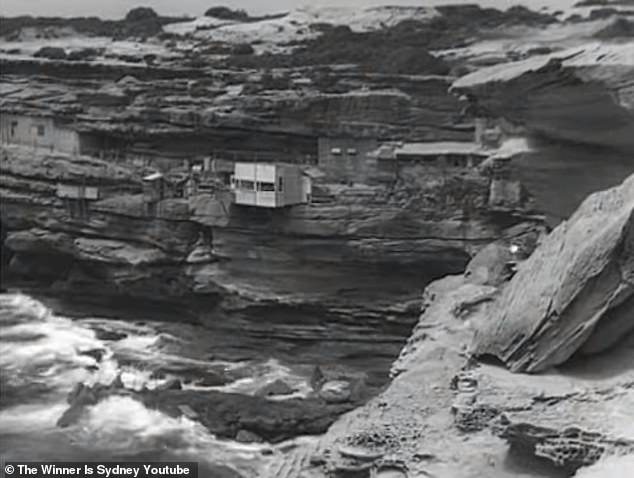 A cliff house appears to hang perilously over the rock face at Tabbigai, south of Kurnell, but that didn’t stop 15 homes from being built there nearly 100 years ago 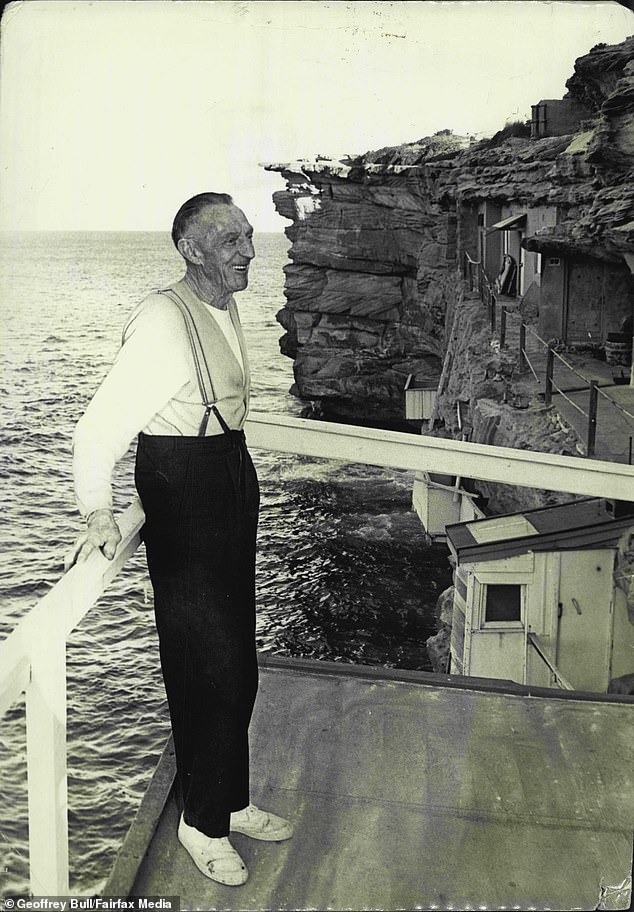 Bert Adamson and his fishing mates were asked to leave their amazing cliff houses at Tabbigai in 1961 and all but Bert agreed. He was 75 when his home was eventually destroyed 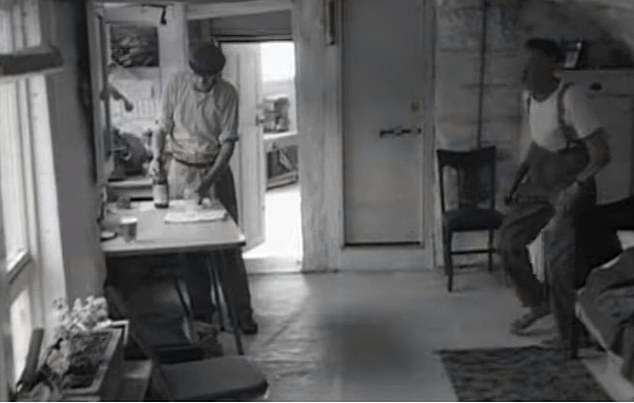 A historic photo showing the actual interior of one of the cliff-face houses, which had electricity generators, lighting, water and carpets 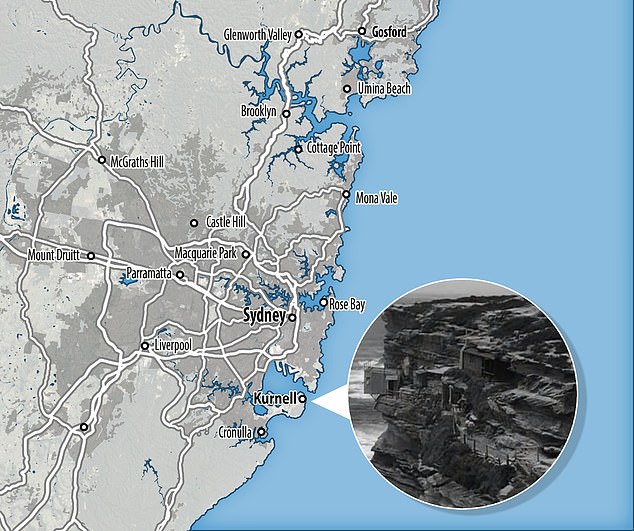 The Tabbigai cliff houses were built literally on the cliff-face, just south of Cape Solander, between the 1920s and 1940s

Word spread and houses sprung up on the cliff-face all around the area, also at Inscription Point and above Boat Harbour. The building continued for over 40 years – from before the Great depression to beyond the second world war.

In 1961, after 40 years of an idyllic life, a government review shocked the cliff-face settlers and ordered them to leave. Mr Adamson refused and stayed on.

According to local history, he only left after vandals rolled a burning car over the clifftop above which crashed into his roof and destroyed his lifelong home ‘in a blaze of fire’. 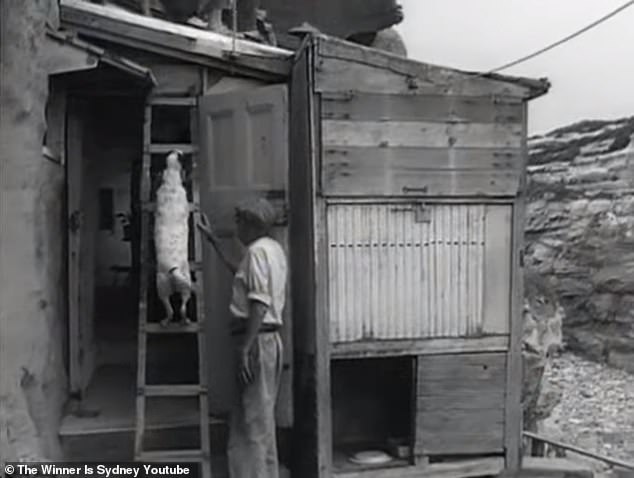 At 75 Mr Adamson was forced to move into a regular home in rapidly growing Sydney, whose population had already cracked the three million mark at that stage.

The Tabbigai cliff houses were finally demolished in 1974.

Early settlers built hundreds of homes in sandstone cliffs in the 19th Century but as Sydney grew, and the settlement moved inland the practice went out of fashion.

The sandstone itself was formed over hundreds of millions of years and is still considered an excellent building material. A sandstone wall today will cost at least $3000 to finish and install. 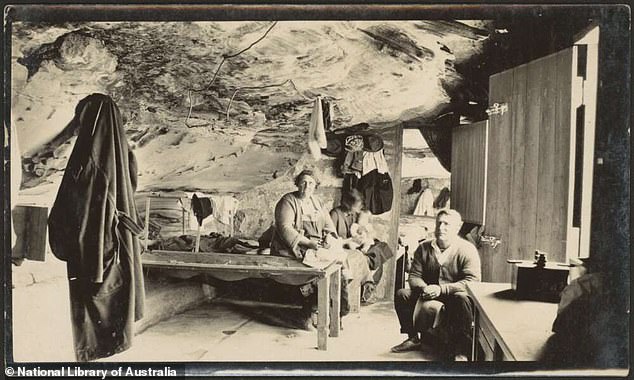 Tabbigai cave dwellers get comfortable at home in the 1930s 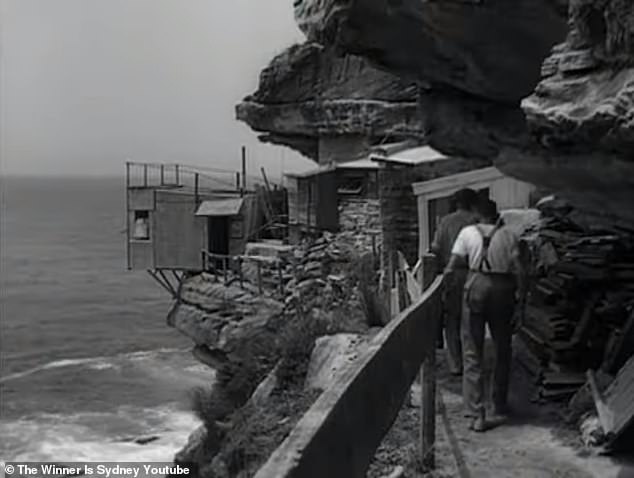 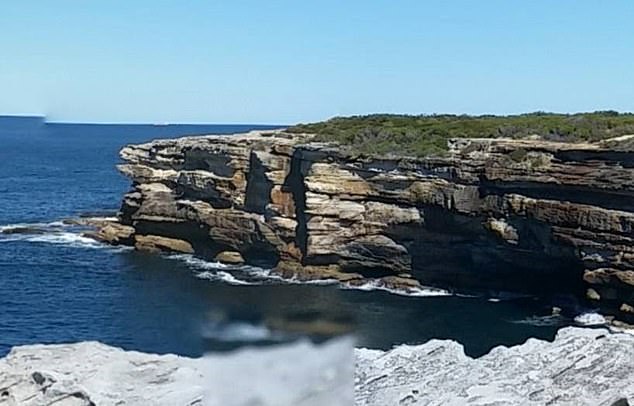 Woman, 23, hanged herself while her parents were on holiday inquest hears

Family pays tribute to Nathan Coyne who took his own life