The US Food and Drug Administration (FDA) has issued emergency use approval to Swiss drug maker Roche Holding AG for an antibody test to help determine if people have ever been infected with the coronavirus.

Roche, which also makes molecular tests to identify active COVID-19 infections, said its antibody test has a specificity rate of 99.8 percent and a sensitivity rate of 100 percent.

Health officials say the test could help scientists understand how widespread the virus is, how many people come into contact with the virus and don’t get sick, and how long patients remain immune after they recover.

This is important because it could allow immune people to leave their homes and return to work and shore up the workforce as well as help healthcare workers determine if they are immune.

Roche said it has automated machines that run the tests already installed in more than 100 laboratories across the US, which wil be made available ‘immediately.’ 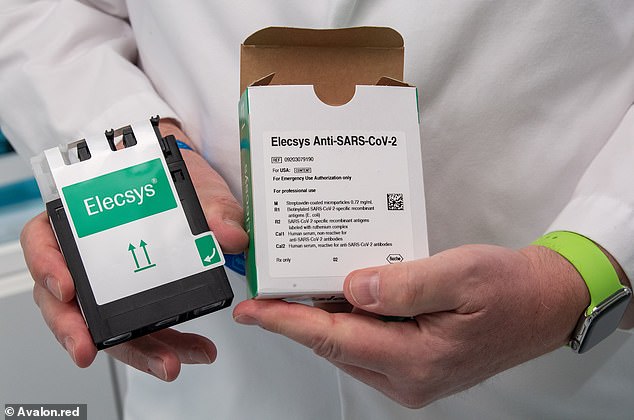 The FDA has issued Emergency Use Authorization for Roche’s coronavirus antibody blood test (pictured), which relies on intravenous blood draws – that have higher accuracy than finger-prick tests 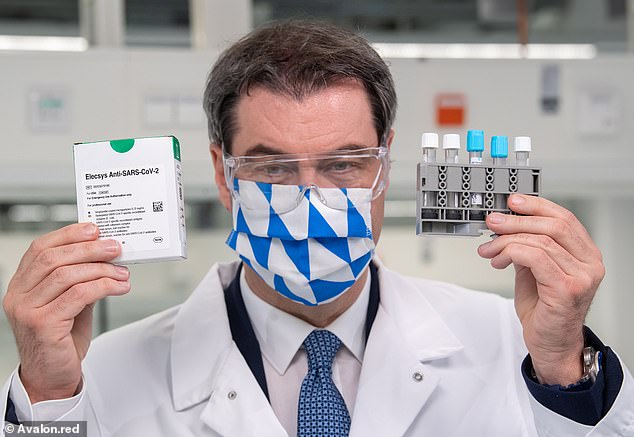 Roche says its test has a specificity rate of 99.8% and a sensitivity rate of 100%, meaning it would show very few false positives and no false negatives. Pictured: Markus Söder, Prime Minister of Bavaria, stands in the Roche development laboratory, holding the company’s  new antibody test 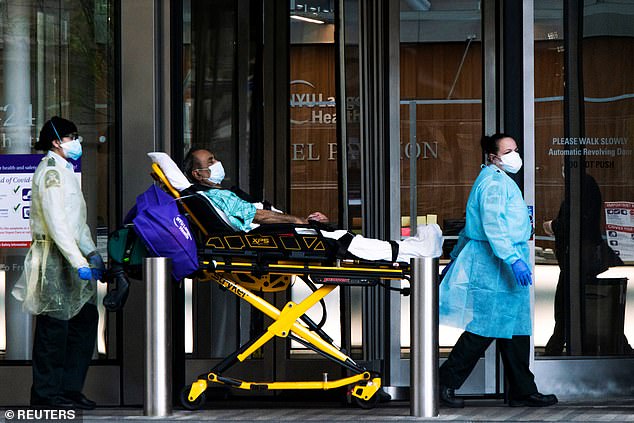 Scientists can use the tests to understand how widespread the virus is and how long patients remain immune after they recover. Pictured:  Health workers move a patient wearing a face mask at the at NYU Langone Hospital in New York City, May 3

A false-positive result could lead to the mistaken conclusion that someone has immunity.

‘You have to have very, very high specificity. Even 0.1 percent or 0.2 percent makes a difference.’

Roche did not disclose a price for its test but said that it would be identical worldwide.

Chief executive Severin Schwan said the company studied about 100 rival tests to make its kit, but clarified he was not referring to tests from established testing companies.

The FDA had previously advised against using antibody tests to diagnose coronavirus because it takes times for antibodies to develop.

But by issuing an Emergency Use Authorization, the agency indicates that it believes the benefits outweigh any risks.

According to the FDA, the antibodies against the novel coronavirus are ‘generally detectable in blood several days after initial infection.’

But in a letter to the first company authorized to manufacture antibody tests, officials warned that ‘levels over the course of infection are not well characterized.’ 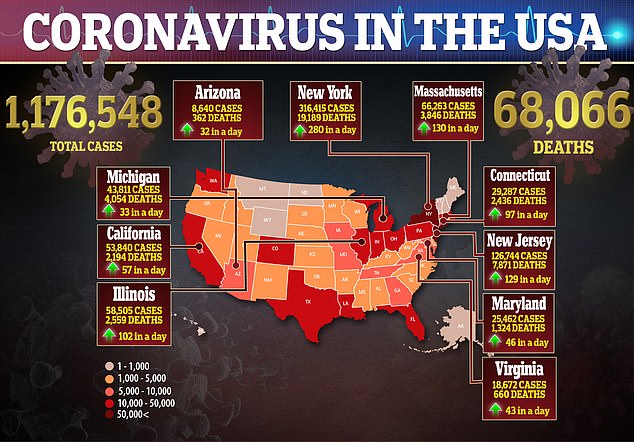 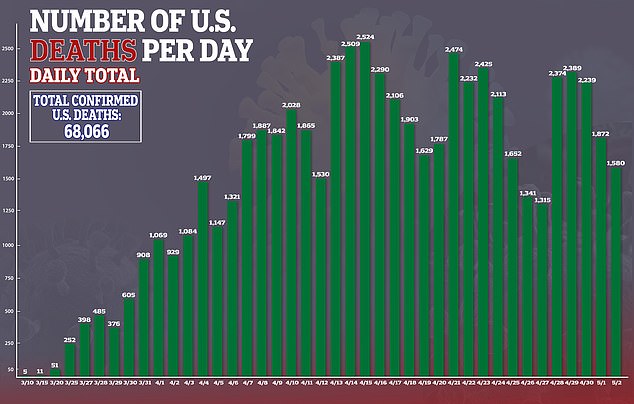 Abbott has said the specificity and sensitivity of its test are 99.5 percent and 100 percent, respectively.

As demand escalates for antibody tests, an array of distributors with no background or established testing competency have also joined the experienced companies in an all-but-unregulated marketplace in the US, according to a Reuters investigation.

Schinecker foresees a high need for testing healthcare workers and their families for exposure, and those who showed signs and symptoms, to see if they have antibodies.

While antibodies typically confer some immunity, he acknowledged that much remains to be learned about the novel coronavirus before drawing definitive conclusions.

‘Since this virus is not well known, one can hypothesize, but the proof will take longer,’ Schinecker said.

‘Testing these people…is key to seeing whether or not people really have developed immunity.’

In the US, there are currently more than 1.1 million confirmed cases of the virus and more than 68,000 deaths. 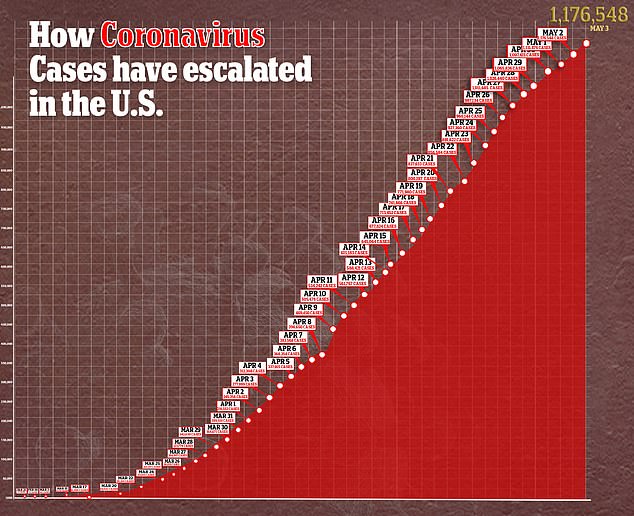 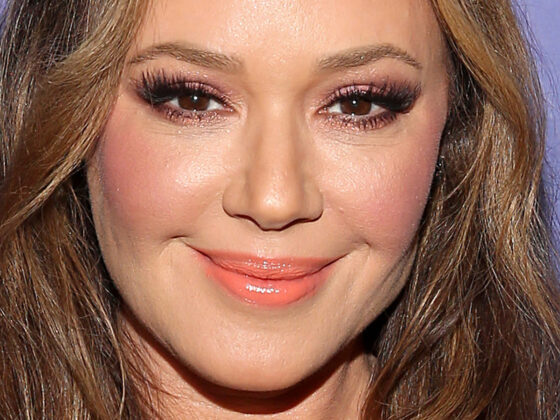