If you feel left out at Easter because you don’t have a sweet tooth, M&S has now launched cheese eggs for those who prefer a savoury treat.

Landing in shops across the UK today, the eggs are made with Barber’s Farmhouse Cheddar and a vintage 18-month matured Red Leicester ‘yolk’.

Each egg has been hand-dipped in a duck egg blue wax ‘shell’ and is roughly the size of large hen’s egg. The 360g carton of six eggs costs £8.50. 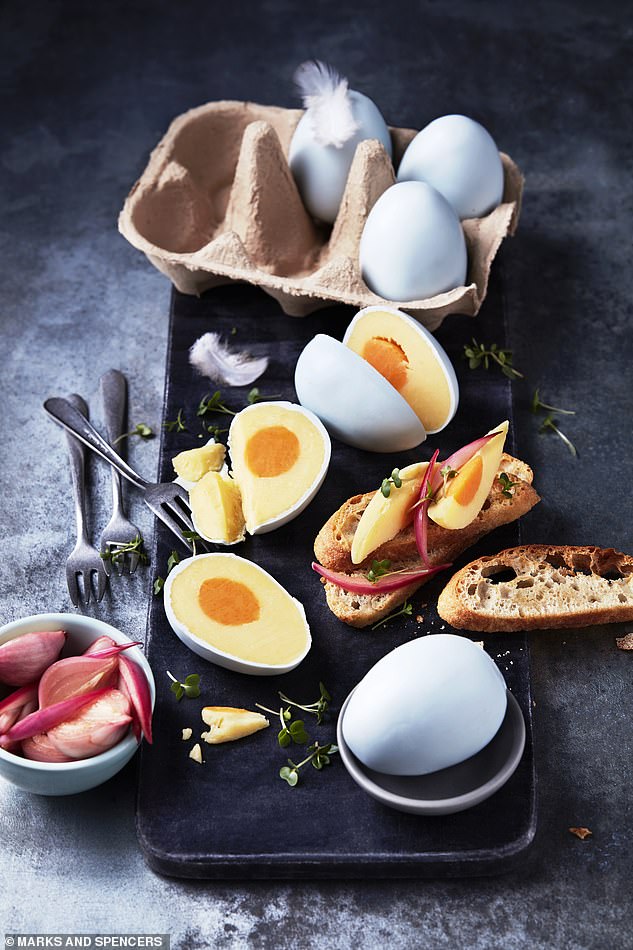 Landing in shops across the UK today, the wax-covered cheese pieces, come complete with a ‘shell’ and are made with Barber’s Farmhouse Cheddar and a vintage 18-month matured Red Leicester ‘yolk’ and come in a cardboard egg box

A Big Cheesy Egg costing £8.00 for 300g, (roughly the dimensions of a goose egg) will also be available in 250 M&S stores from next Wednesday.

Taking to social media this morning, fans said they were desperate to try the eggs, and wanted to rush to their nearest shop to pick some up.

‘WANT’ said one Twitter user, while another branded the treat ‘the best’.

‘These sound fabulous’ added a Facebook user, while another simply exclaimed: ‘Oh my god.’ 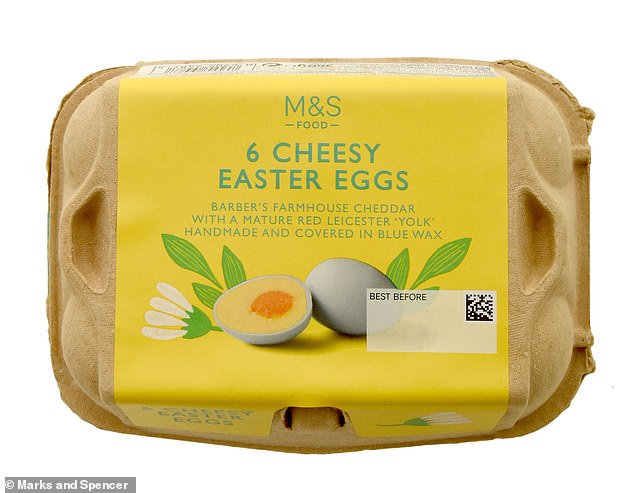 Each egg has been hand-dipped in a duck egg blue wax ‘shell’ and is roughly the size of large hen’s egg. The pack of six weigh 360g and cost £8.50

Taking to social media this morning, fans said they were desperate to try the egg, and wanted to rush to their nearest shop to pick some up

It comes as retailers expand their ranges to offer more savoury options to shoppers at Easter – amid studies showing up 55 per cent of British people prefer savoury snacks to sweet ones.

Research from M&S Food, dubbed its Easter Egg-xit poll, shows that although a quarter of British adults 26 per cent say they never get tired of eating chocolate at Easter, four in 10 say they actually prefer cheese.

M&S Product Developer, Rosie Eiduks told Femail, ‘Delicious as it is, we know not everyone loves chocolate, and that the nation is actually divided between Team Sweet and Team Savoury.

‘Those with a more savoury-tooth can sometimes feel left out of the fun at Easter, so this year, we wanted to create a must-have gift for cheese lovers too!’ 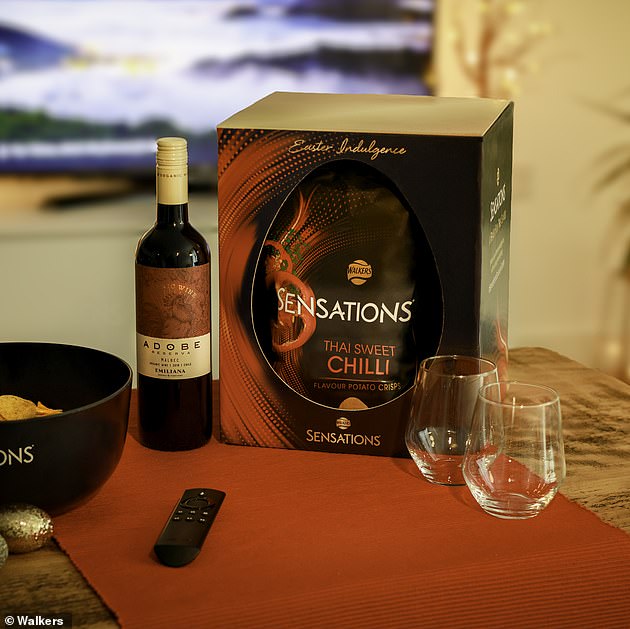 Walkers have launched their first ever crisp Easter Egg, which comes with a snack bowl, a bottle of organic wine, two wine glasses, and a £5 credit for Amazon Prime Video in the package.

Following a similar study, Walkers have launched their first ever Easter egg made from crisps, in a move came after Sensations noticed an increase in internet searches for ‘alternative Easter eggs’, coupled with new research that revealed a third of the nation prefer savoury over sweet treats at Easter, and two thirds prefer a night in over a night out.

Each ‘egg’ contains a bag of crisps from the spicy Sensations range, and for £19.99, you get some extra treats for enjoying a night in with your sharing bag of Thai Sweet Chilli nibbles.

Alternative Easter eggs have grown in popularity in recent years as retailers seek to cash in on those who are not fans of chocolate.

Last year, Sainsbury’s announced it was stocking the Cheesalicious Easter Egg, made from a solid 120g of cheddar from Lancashire farms, with a packet of oatcakes and sachet of chutney.

It followed a Blacksticks Blue variety that was sold by Asda in 2018.

And the craze for boozy advent calendars is also spilling into Easter, with treats such as bottles of gin with chocolate mini eggs on offer.