Friendship Day Special: How Friendships Have Evolved In The Pandemic 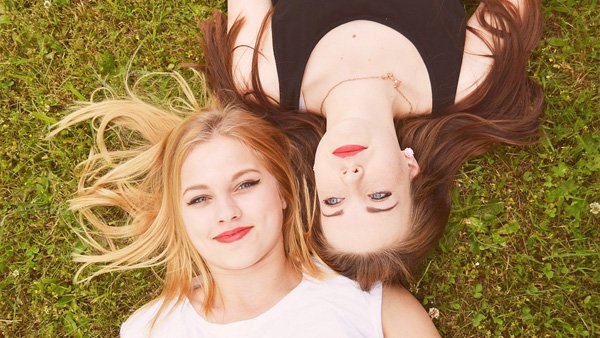 Sharmila and Natasha (names changed) were friends since they worked together in an ad agency as copywriters. They changed companies and jobs but stayed friends as they both lived in Mumbai. As the corona pandemic struck, both Sharmila and Natasha had to move back to their hometowns, in Hyderabad and Himachal Pradesh respectively. Initially, for the first few months, they both did video calls on Whatsapp. After a few months, their calls died down and so did their interactions. Soon, Sharmila got a job in Hyderabad and that required her working for 10-12 hours a day and their interactions not just reduced but the duo went 3-4 months without talking to each other. From meeting 2-3 times a week to talking 4-5 times a week, they realized that the ‘COVID-19’ had struck their friendship too.

As the Corona pandemic struck the world, people found themselves out of work, jobs, livelihoods. Some people were rendered homeless, and some lost their near and dear ones. The internet became a place where people asked for help – be it blood or hospital beds or oxygen cylinders. Suddenly, strangers found themselves with friends, allies and help from unknown quarters. But what happened to the already made friendships and connections. Several relationships were tested during the corona pandemic. Whatsapp, Zoom, Google Meet replaced social interactions, and everyone seemed to be eager to be a part of it. Anisha and Rohini (names changed) who previously worked together in the same place, found themselves out of work during the pandemic. Even though they lived in different cities – Mumbai and Goa, they found themselves making calls to each other daily. They used to share details about job openings to COVID-19-stricken patients with just harmless jokes and memes.

Psychologist Dr Thema tells Harper’s Bazaar that socially and culturally many friends have either taken on deeper meaning and value or for others caused a revival or return to their prior value and appreciation for relationships. Dr Thema adds that relationships can be therapeutic sites of healing and as we connect, we feel seen, known, understood and valued. Social media usage increased during the pandemic for a lot of reasons. People were finding ways to connect or vent. Audio-based apps such as Clubhouse and Twitter Spaces gained a lot of following and foothold during the pandemic. People were coming together to discuss several pertinent topics and issues. A lot of celebrities too joined the bandwagon and found themselves using audio-based apps.

The need to connect with another human being is only so natural. We all find ways to talk, and share is it about political issues or problems at work or sports etc. So many people found themselves connecting with strangers online, while some retracted themselves into their shells. Some people have shared that they fear that they have lost their abilities to ‘socialize’ because of the lockdowns and pandemic, as they spent most of their time watching movies and series on OTT platforms. Companies also that had work-from-home policies are now facing a tumultuous task of getting their employees to familiarize themselves with other employees.

At the end of the day, people must realize that everyone in the world is facing this pandemic together. A lot of people are grieving over the loss of loved ones, so can expect more kindness and empathy from strangers. Our generation always gets blamed for biting the hand that feeds it, but we can start from home and the ones around us. The pandemic taught an important and valuable lesson to all- to be grateful for what we have. Everything in life can be achieved, be it money or success, but if we lose people, they are never coming back. So be thankful and grateful to the amazing friends and families we have and try to love them and accept them for who they are.

GET THE BEST BOLDSKY STORIES!

You have already subscribed

6 Reasons Why Some Women Hate Relationship