George Alagiah has returned to the BBC airwaves to present the evening news after beating coronavirus.

Alagiah, 64, who is undergoing treatment for bowel cancer, revealed three weeks ago that he had endured a ‘mild dose’ of the virus and is set to return to screens tonight – much to his fans’ delight.

In a tweet, BBC presenter Sophie Raworth praised her ‘extraordinary’ colleague Raworth and told how she was looking forward to seeing her friend back at the helm on BBC News for the 6pm bulletin on Tuesday evening.

Recounting how she’d called Alagiah from the finish line after completing the Boston marathon six years ago, she said: ‘Six years ago today I ran @bostonmarathon and raised money for cancer research – days after @BBCAlagiah phoned to say he had stage 4 cancer.

She added: ‘I called him at finish. 6 yrs later he’s back on at 6 tonight after getting over coronavirus. The man’s extraordinary.’ 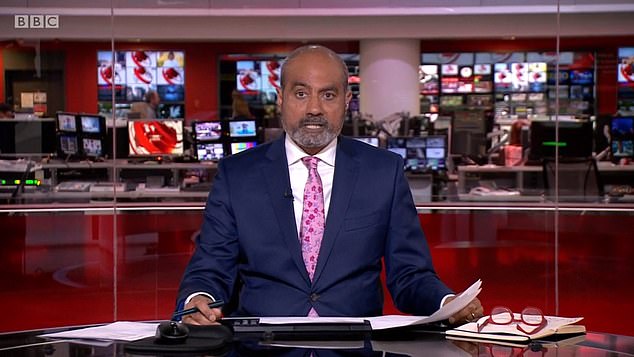 George Alagiah has returned to the BBC airwaves to present the evening news after beating coronavirus. 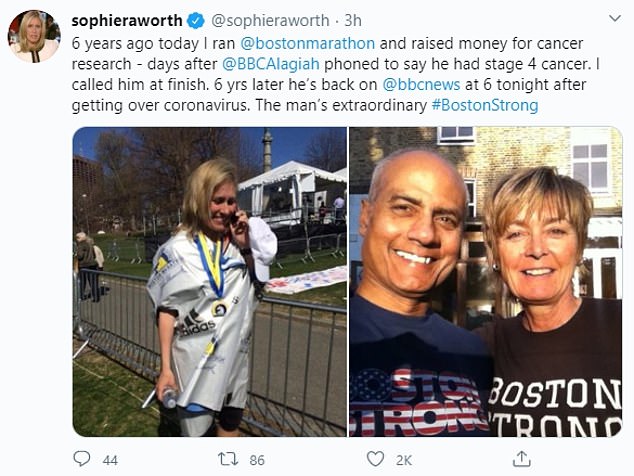 The BBC News at Six presenter was diagnosed with bowel cancer in 2014 and again in 2017.

Appearing on BBC News on March 31st to update on his condition, Mr Alagiah said his cancer diagnoses gave him ‘an edge’ in overcoming his ‘mild dose’ of the bug, which has killed 1,789 people in the UK alone.

In March, he made the decision to stay away from the newsroom amid the coronavirus crisis ‘on the balance of risks’, and added that he was ‘absolutely gutted’.

The news that he’ll be back on screens tonight has pleased many fans.

@BridgLondon wrote in response to Raworth’s tweet: ‘Always do a bit of a cheer when George appears back on screen. My partner didn’t make it so it’s always heartening when you see someone living and succeeding. Amazing.’

@ellerkr added: ‘Brilliant news, @BBCAlagiah is indestructible. I’ll be tuning in at 6 to watch, welcome back George.’

@andrew_behan penned: ‘I love his positive attitude. See you tonight.’ 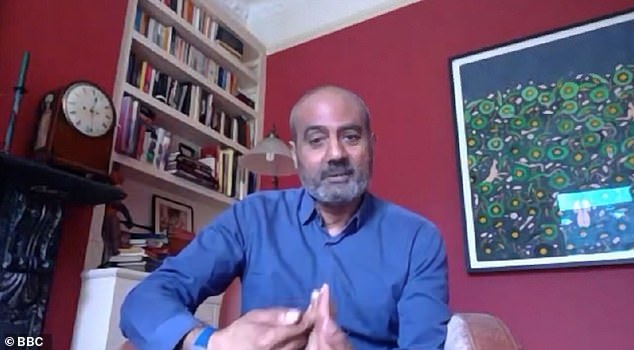 On March 31st, the BBC presenter, 64, revealed he had tested positive for coronavirus, two weeks after announcing he was self-isolating 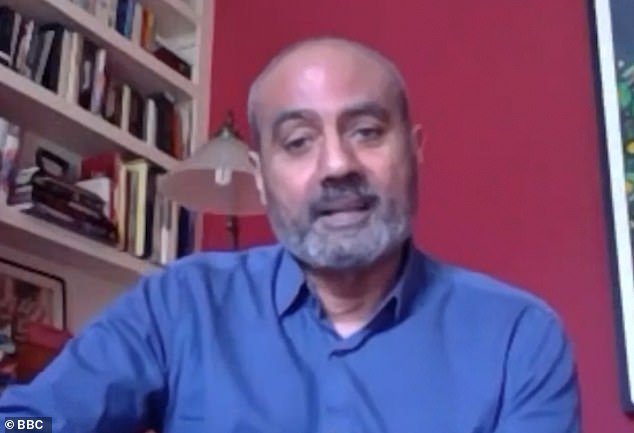 Mr Alagiah said: ‘I don’t want to trivialise because I seem to have had a mild dose, but actually, the very fact that we [cancer patients] are living with cancer I think gives us an edge’

Speaking on BBC News on March 31st about contracting the virus, Mr Alagiah said: ‘I don’t want to trivialise because I seem to have had a mild dose, but actually, the very fact that we [cancer patients] are living with cancer I think gives us an edge.

‘We’ve confronted those difficult, dark moments in our life.

‘And in some ways, I think that we, those of us living with cancer, are stronger because we kind of know what it is like to go into something where the outcomes are uncertain.

‘And I certainly feel that having had that experience, in my case six years as a cancer patient, I went into this feeling actually quite strong, if I can live with cancer, I can certainly live with Covid-19.’ 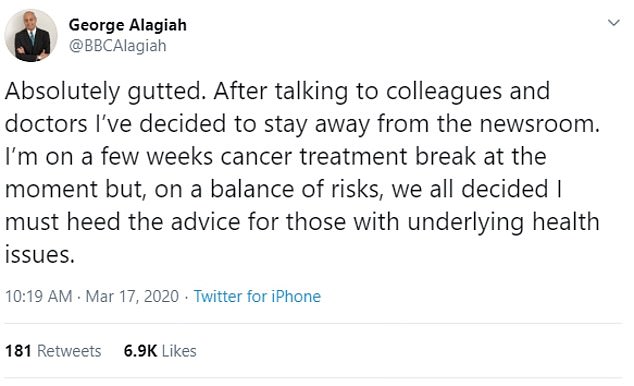 He said: ‘She’s been through it a little bit and it’s kind of lasted a bit longer. There doesn’t seem to be any rhyme or reason for how this plays out in individuals.

‘I don’t want to make light of it, because right now […] you and I both know there are people out there who are really finding this tricky, families going through a very anxious time.’

In a tweet earlier this month, he said: ‘Absolutely gutted. After talking to colleagues and doctors I’ve decided to stay away from the newsroom.

‘I’m on a few weeks cancer treatment break at the moment but, on a balance of risks, we all decided I must heed the advice for those with underlying health issues.’

Mr Alagiah underwent 17 rounds of chemotherapy to treat advanced bowel cancer in 2014 before returning to presenting duties in 2015.

In January 2018, he revealed that the cancer had returned.

7 Proven facts on how your breast size changes!

Struggling with attention and organization as you age? It could be ADHD, not dementia