How to Manage Tonsillectomy Pain in Children? 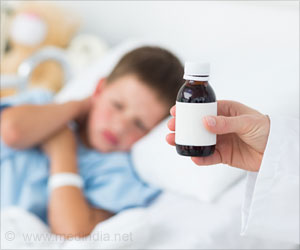 Tonsillectomy, the removal of the tonsils sometimes along with the adenoids is one of the most common procedures in children, with more than 500,000 performed each year.

Children may have tonsillectomies due to recurrent infections of the tonsils or because they are experiencing abnormal breathing patterns while sleeping, which in some cases can be dangerous.
Advertisement

Acetaminophen is the first step in pain management for tonsillectomies with or without adenoidectomy. Some children were given oral acetaminophen before the procedure and others received it via IV during the procedure.

Physician anesthesiologists at Children’s Hospital Colorado employed a multimodal approach to pain management in Tonsillectomy meaning they use a variety of medications throughout the process to treat pain in multiple ways, thereby reducing the need for opioids after surgery.

In addition to the acetaminophen before surgery, the multimodal approach includes giving children a high-dose steroid and an opioid medication during surgery.

After the procedure, they receive a dose of a non-steroidal anti-inflammatory drug (NSAID) usually ibuprofen. In the hospital and once home, children receive alternating doses of an NSAID and acetaminophen, which usually provides effective pain management. Children are given opioids only if they have breakthrough pain.

The researchers also surveyed nurses and another staff before and after the protocol was enacted. Staff reported they were much more satisfied with the new protocol, including the care given to the children and their role in providing it.

“Nurses find managing kids in the recovery room after tonsillectomies can be challenging because the children go into the procedure fine and can come out of surgery in extreme pain”, said Dr. Brooks Peterson.

Adaptation Skills and Emotions of Autistic Children Vary at Home and...