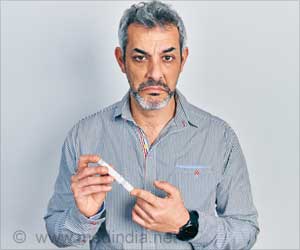 In other words, melancholic feelings of grief or unhappiness. It is estimated that 1 in 5 Americans experience a major depressive disorder at least at some point in their lives.

Glucose is the fuel to every body cell. It is commonly stored in the liver to manage the periodic energy demands of the body. Insulin, in turn, is the master regulator of this precious energy source – glucose.
Advertisement

However, lifestyle-related risk factors like stress, lack of exercise, increased intake of calories, and insufficient sleep add to the development of resistance against this wonder hormone – insulin.

What is Insulin Resistance?

Data report that every one in three individuals lives with insulin resistance without even knowing it. The condition is different from Type 1 diabetes. If the blood sugar levels prevail on the chronically higher levels (above a threshold point), it may result in Type 2 diabetes.

It is established that insulin resistance is also associated with several mental disorders. Almost 40% of mood disorder patients are insulin-resistant.

Moreover, “if you’re insulin-resistant, your risk of developing major depressive disorder is double that of someone who’s not insulin-resistant, even if you’ve never experienced depression before,” says Natalie Rasgon, MD, Ph.D., professor of psychiatry and behavioral sciences and the Stanford principal investigator of the study.

Analyzation of the Data

Although there is a link between insulin resistance and mood disorder, they were exclusively derived from cross-sectional studies or similar analyses of populations at a single point in time.

But, if one event was the cause or the result of the other or both were results of some other causal factor needs proper resolution. Hence, a longitudinal study (track people’s health data over years to establish the reason) would help find the missing puzzle.

The present study was thereby conducted as a part of a multi-institutional collaboration with data obtained from an on-going longitudinal study (the Netherlands Study of Depression and Anxiety) that monitors more than 3,000 participants to trace out the reliable details on the causes and consequences of depression.

The study team analyzed data from control subjects for the Netherlands study that included 601 men and women (average age of 41 years). The participants had no history of depression or anxiety at the time of enrolment.

Three proxies of insulin resistance were measured – fasting blood glucose levels, waist circumference, and the ratio of circulating triglyceride levels to those of circulating high-density lipoprotein (HDL or “good” cholesterol).

The team anticipated examining the link of insulin-resistant in patients with a heightened nine-year risk of developing a major depressive disorder. Some of the participants were already insulin-resistant at the start of the study.

It was found that the moderate increase in insulin resistance, as stated by the triglyceride-to-HDL ratio, was associated with an 89% increase in the rate of new major depressive disorder cases.

It was found that 100 participants from the total group (400) had developed insulin resistance within the first 2 years of the study. Further to this, their chance of acquiring major depressive disorder in the next seven years was also compared with those who did not become insulin-resistant within a similar time frame of two years.

The study found a significant correlation of fasting glucose with the risk of MDD. However, waist circumference and the triglyceride-to-HDL ratio were not found to be equally significant.

Thus, participants who had prediabetes within the first two years of the study revealed 2.66 times the risk of developing major depression at the nine-year follow-up when compared with those who had normal fasting-glucose test results at the two-year point.

The study thereby states that insulin resistance is a robust risk factor for several morbidities like depression (apart from Type 2 diabetes).

“It’s time for providers to consider the metabolic status of those suffering from mood disorders and vice versa, by assessing mood in patients with metabolic diseases such as obesity and hypertension. To prevent depression, physicians should be checking their patients’ insulin sensitivity. These tests are readily available in labs around the world, and they’re not expensive. In the end, we can mitigate the development of lifelong debilitating diseases,” says Rasgon, also a member of the Wu Tsai Neurosciences Institute at Stanford, Stanford Cardiovascular Institute, and the Stanford Maternal and Child Health Research Institute.

Roman Kemp reveals he considered suicide during his depression battle