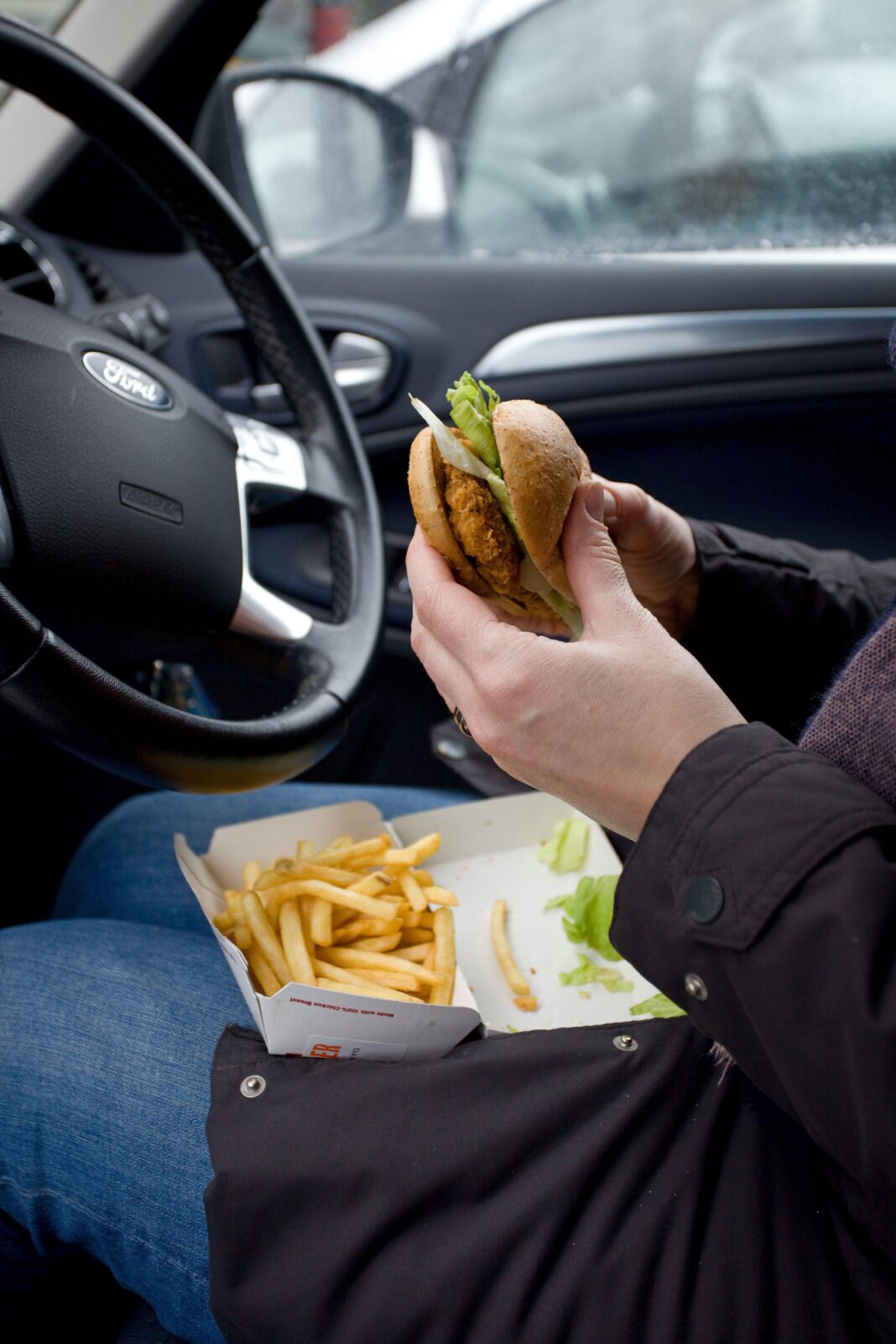 JUNK-food lovers are more likely to crash their car and get driving convictions, a study says.

People who scoff burgers, pizza and energy drinks have risk-taking genes that make them a bigger nuisance on the road, scientists believe.

Experts found those with unhealthy diets had more speeding tickets and pranged their cars more often.

Tõnis Tokko, of Tartu University in Estonia, said: “People who are reckless in traffic also tend to take chances in other areas of life. There may be a biological tendency to this behaviour.”

The study found dodgy drivers were more likely to have a gene that affects the emotion-controlling hormone serotonin.

The same mutation could make ­people less worried about eating healthily, the study presented at the ECNP scientific conference, revealed.

Mr Tokko said: “People who drink energy drinks were twice as likely to speed as those who didn’t consume them as often.

“It may be related to a need for excitement, rather than the drinks themselves being a direct cause of traffic violations.

“Their psychological make-up may lead them to speed and to want to consume more energy drinks or junk food.”

Share
Facebook
Twitter
Pinterest
Previous articlePeople who have at least one energy drink a week ‘are TWICE as likely to break the speed limit’
Next articleDR MICHAEL MOSLEY: The secret to daily health is as easy as 123

Flu fears as vaccine uptake in at-risk adults is falling