The life-threatening coronavirus that has rapidly swept the world can linger in the air of crowded places, researchers today warned.

Experts in Wuhan, the Chinese city where the pandemic began, analysed air samples from different parts of two hospitals.

Researchers found viral particles floating in the air of hospital toilets, which had very little ventilation.

They also discovered especially high concentrations in the rooms where medical staff put on and took off  protective gear.

The latter suggests the virus can latch onto clothing and become airborne again when when masks, gloves and gowns are removed. 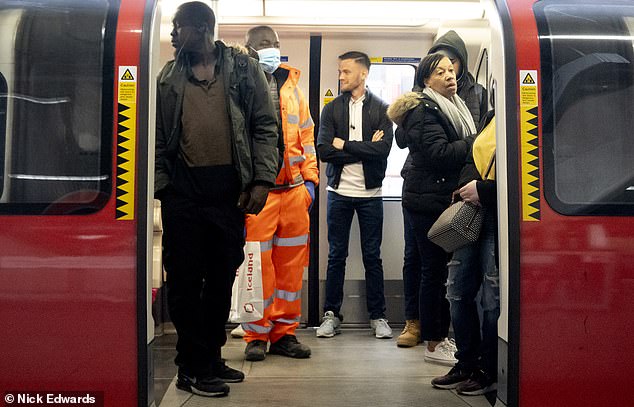 Researchers behind the study say the findings highlight the importance of ventilation, limiting crowds and proper disinfection.

Scientists around the world are scrambling to understand how the virus, which has now killed more than 200,000 people, sheds and spreads.

One in 10 coronavirus patients infect others before they even know they’re ill, study finds

One in 10 cases of coronavirus may be passed on by people who do not realise they are ill, research suggests.

A study in Singapore found around 10 per cent of infections were transmitted by pre-symptomatic people, who only suffered symptoms days later.

In one case, a 52-year-old woman caught the highly contagious virus after sitting in seat at church hours after an infected tourist.

The finding adds to a growing body of evidence showing COVID-19 patients are infectious before they know it.

It has prompted the US Government to issue new guidance warning anyone exposed to others with, or suspected of having, the disease will be considered a carrier.

The fact the virus can spread ‘silently’ makes it extremely hard for experts to track the outbreak.

The findings reinforce the importance of social distancing and other measures designed to stop the spread, experts said.

‘You have to really be proactive about reducing contacts between people who seem perfectly healthy,’ said Lauren Ancel Meyers, a University of Texas at Austin researcher who has studied coronavirus transmission in different countries.

The Singapore study looked at 243 cases of coronavirus between January and March, including 157 infections among people caught it locally and not abroad.

Scientists found that so-called pre-symptomatic people triggered infections in seven different clusters of disease, accounting for about 6 per cent of the local cases.

One of those infections was particularly striking. A 52-year-old woman’s infection was linked to her sitting in a seat at a church that had been occupied earlier in the day by two tourists who showed no symptoms but later fell ill.

Investigators were able to pinpoint the transmission after reviewing CCTV of church services. The newest research was published online by the CDC.

There is debate about whether enough viral particles can survive in the air to infect people who breathe them in hours later.

The latest study, led by researchers at Wuhan University, suggest it may be possible, without proper ventilation.

It follows a wealth of studies that have suggested the highly contagious disease does not just spread via droplets in a cough or sneeze.

Ke Lan, professor and director of the State Key Laboratory of Virology at the university, and colleagues set up so-called aerosol traps in and around two hospitals in the city.

They could not find detectable levels of the virus in the corridors of wards and patients’ rooms.

But they did discoverer them in toilets and two areas that had large crowds passing through, including an indoor space near one of the hospitals.

Writing in the study, the scientists said: ‘Although we have not established the infectivity of the virus detected in these hospital areas, we propose that SARS-CoV-2 may have the potential to be transmitted via aerosols.

‘Our results indicate that room ventilation, open space, sanitization of protective apparel, and proper use and disinfection of toilet areas can effectively limit the concentration of SARS-CoV-2 RNA in aerosols.’

It comes on the back of a US study which hinted that coronavirus could spread through the air and remain contagious for hours.

The Nebraska University paper found high levels of the bug lurking in the air in hospital rooms long after infected patients had left.

What’s more is that traces of the coronavirus were also discovered in hospital corridors outside patients’ rooms, where staff had been coming in and out.

The researchers behind the study say the finding highlights the importance of protective clothing for healthcare workers.

The researchers found viral particles in the air both inside the rooms and in the hallways outside of the rooms.

Their finding suggests people may be able to contract the bug without ever being in direct close proximity to an infected person.

Meanwhile, access to PPE for frontline NHS staff is getting worse despite Government promises to increase supplies.

The Royal College of Physicians said those working in high-risk areas still could not always access long-sleeved disposable gowns and full-face face visors. It said the shortages had worsened in the last three weeks.

In a survey of 2,129 college members last Wednesday, 27 per cent reported being unable to access the kit they needed for managing COVID-19 patients.

That’s compared with just over a fifth (22 per cent) of doctors in a similar poll on April 1.