Now, they’re stuck trying to figure out how to excuse Biden for apparently having held onto classified documents for decades while still maintaining their ‘serious situation’ game face in the latest effort to get Trump.

The Doofus-In-Chief is not helping their efforts because they keep finding more and more classified documents in his possession. LOL.

Some of these were from Biden’s time in the Senate.

Remember, team Trump has always made the argument that Trump had presidential powers to declassify documents. That legal battle has not taken place, but there is an argument to be made.

No such claim could be made of Senator Biden or Vice President Biden. As far as President Biden, his brain is probably the safest place on earth to store classified information. Even he won’t be able to share it within an hour or two, but we digress.

What is clear is that he was not supposed to be in possession of these documents. That is, it’s illegal. Maybe they’ll call them ‘undocumented documents’?

This says some of the docs are from his Senate service.

Serious Q: how on earth did he do that?

I’ve served in the Senate for 10 years. EVERY single classified doc I’ve read—100%—have been in a secure SCIF in the basement of the Capitol.

How does Joe Biden get away with stuff like this?

It’s simple really. He’ll say something like ‘My dad always used to say, Joey, if you’re gonna look at classified documents take ’em out of the SCIF and hide ’em in your garage. I’m not joking.’ Then the leftist media will dismiss it as just another ‘Crazy Uncle Joe’ moment. He’s been playing this game for years.

BREAKING: President Biden’s personal attorney says DOJ searched Biden’s Wilmington home on Friday and discovered 6 more classified documents, which they took possession of. Some of the documents were from Biden’s time in the Senate, others from his time as VP. @FoxNews

Cue up the media spin praising Biden for going above and beyond to work with the DOJ, unlike the Evil Orange One, to … divulge classified documents he has illegally possessed for decades.

In order to provide some clarity, this situation is probably not all that rare. It has been claimed that there is an over classification problem – that, when in doubt, documents are labeled as classified when they’re really not. There are likely hordes of such information floating around the country in file folders, on computers, and in basements where it’s technically not supposed to be.

Democrats created this mess for themselves because they had to convince the public a few months ago that Trump having classified documents in a secure location at Mar-a-Lago with constant Secret Service protection was the worst thing to happen since Watergate. They look pretty dumb now, and we love it.

On January 12, the White House said SIX TIMES the search for classified documents was complete.

ANOTHER batch of classified documents — including some from Biden’s years in the SENATE — we’re just discovered at Biden’s Wilmington home.
pic.twitter.com/X8qwe7YOae

We mentioned this was an utter clown show, right? Just wanted to be sure. Ha!

LOL! Remember the ‘bombshell’ photos from the DOJ of the Trump classified documents spread across the floor?

It’s almost like the DOJ nor the press has any interest in pursuing a similar narrative with a Democrat president.

Seriously, classified documents spread out on Biden’s garage floor next to an oil stain and a dirty box labeled ‘Jill’s doctor stuff’ would have made a great photo.

Was Biden papering his walls with classified info, like John Nash in a Beautiful Mind? https://t.co/NFuVPhHZXH

Bwahaha! Biden probably uses classified documents to line the cages of his dogs when they get kicked out of the White House.

There was NO WARRANT and NO SUBPOENA for FBI search at Biden’s Wilmington home on Friday, I’m told. It was a voluntary search agreed to by Biden and his personal legal team.

More classified documents found in Biden’s Wilmington home. Did the FBI stage a guns-drawn raid like they did at Mar-a-Lago? Did they rummage through Dr. Mrs. First Lady Jill Biden’s private drawers?

There seems to be a different set of rules here.

What we need is a good old fashioned impeachment: pic.twitter.com/VnfxeBpYMi

Hey, that could be fun. LOL.

I spoke with this man who claims to be the brave whistleblower tipping off the FBI about the classified documents Joe Biden had hidden. Please share so he gets the recognition he deserves. pic.twitter.com/btwW1FerRb

The excuses about documents being accidentally swept up clearing out his vice presidential office no longer wash. The existence of classified documents from his Senate days means he had to have knowingly taken them and transported them multiple times.

They’ll find a new excuse. It usually takes them a few hours to sync their reporting.

Yeah he completely cooperated having classified documents dating back to the early 2000s. The rationalizations continue to get funnier. https://t.co/qU4LQDsNTs

We love the messes they create for themselves.

Dude was stealing classified documents back when he was a Senator. https://t.co/bCeMj6wkG8

If you’ve been watching Joe Biden operate at any point during his 50-year stint on the government dole, you’re not surprised in the least.

I think that’s four batches of mishandled classified documents now, right? How many more until everybody pretends this is old news? https://t.co/tS5Y52XoVI

This looks bad enough for Biden that they’re likely going to have to cancel ‘the beginning of the end’ for Trump again.

It’s not 6 classified dox. Awkwardly worded statement by Biden team (ie, spin as favorable to Biden as possible) was ‘6 items consisting of documents with classification markings.’ We don’t know what they mean by ‘item’ (box? envelope?) nor how many classified dox in each ‘item’.

It could be a lot of classified documents if the six ‘items’ are three filing cabinets, a box from a Rascal Mobility Scooter, a ’69 Camaro, and a stolen Chevy Suburban from the Secret Service.

I just found 6 more of Biden’s classified documents in my McDonald’s Happy Meal®.

There’s only one man who can find and retrieve all Joe Biden’s classified documents pic.twitter.com/UQgncWAYSb

Join us in the fight. Become a Twitchy VIP member today and use promo code SAVEAMERICA to receive a 40% discount on your membership. 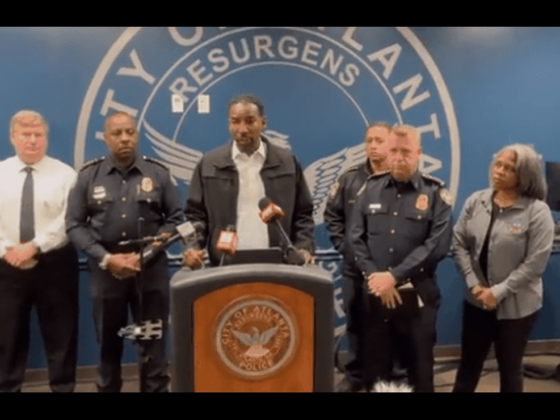 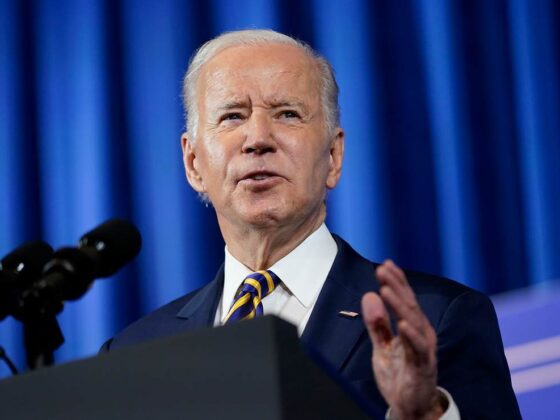 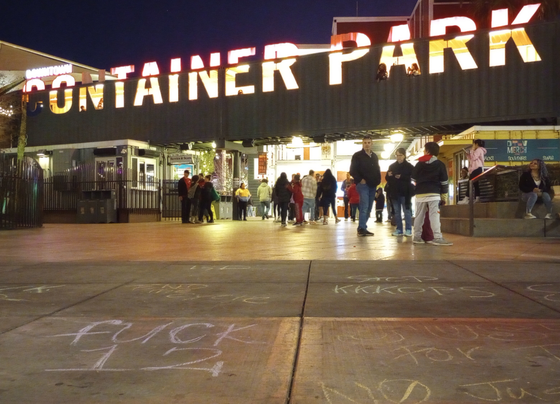 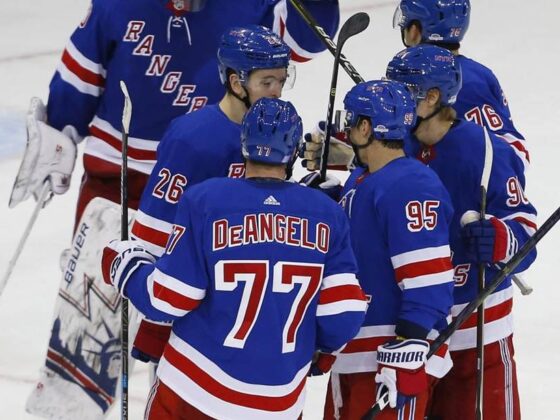 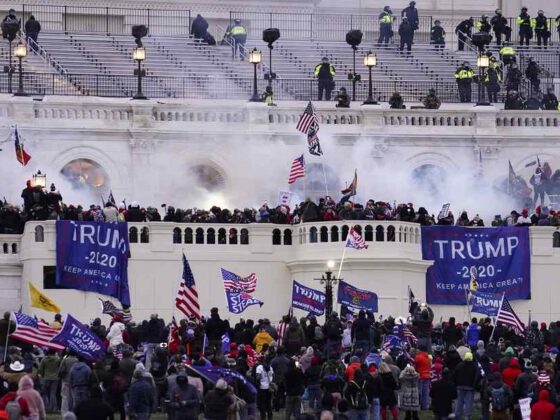 Doctor Who Tried to Save Ashli Babbitt Slapped With Felonies, Other Charges for Participation in Capitol Riot 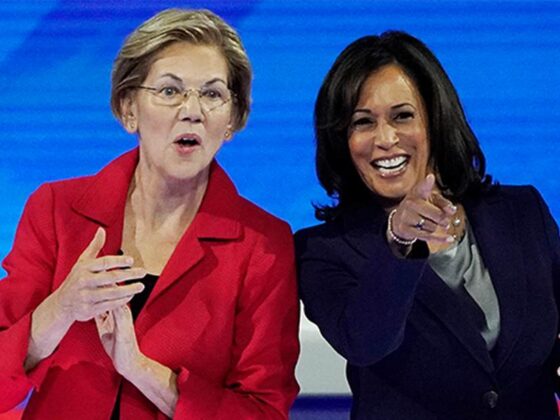 Watch: Liz Warren Raises Eyebrows When Asked if Kamala Should Be Biden’s Running Mate in 2024 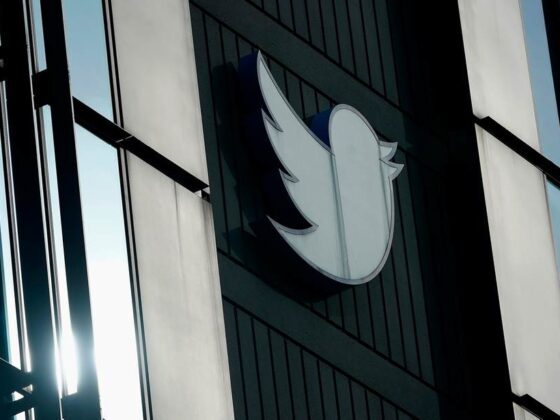 Finding Truth While Being Bombarded With Propaganda