A man who joked about using his time in quarantine to organize his very limited spice collection found himself being brutally mocked over his lack of seasonings – while sparking a hilarious debate about the number of flavorings every person should own.

Eric Philips, from New York, posted a photograph of the five seasonings he has in his cupboard on Twitter, as he advised others to take the time to organize their shelves while staying home because of COVID-19.

The post was soon re-tweeted over 1,000 times as many shared their thoughts on the suggestion, with dozens calling out the fact that Eric’s seasoning selection is so sparse, while many others shared images of their own collections. 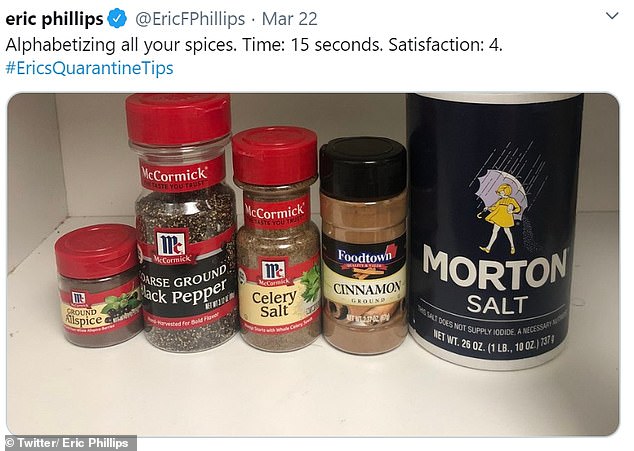 New Yorker Eric Phillips posted a photograph of his very limited spice cupboard on Twitter, while jokingly suggesting to others that they alphabetize ingredients while in quarantine

He asked those who were responding to his post how many spices should someone own, if they live in a small apartment

In the image, the former NYC City Hall press secretary had carefully lined up his collection of spices in the appropriate order: allspice, black pepper, celery salt, cinnamon, and salt.

However, while Eric’s tweet was clearly posted in jest, that didn’t stop his fellow Twitter users from mercilessly mocking his tiny spice collection – with a few even suggesting that it was odd he didn’t already have his seasonings arranged in alphabetical order.

Sharing a photo of their own cupboard, one person commented: ‘Putting in alphabetical order is a must, right? I literally thought everyone did that.’

Another said: ‘Come to my house. It’ll keep you occupied a bit longer.’ 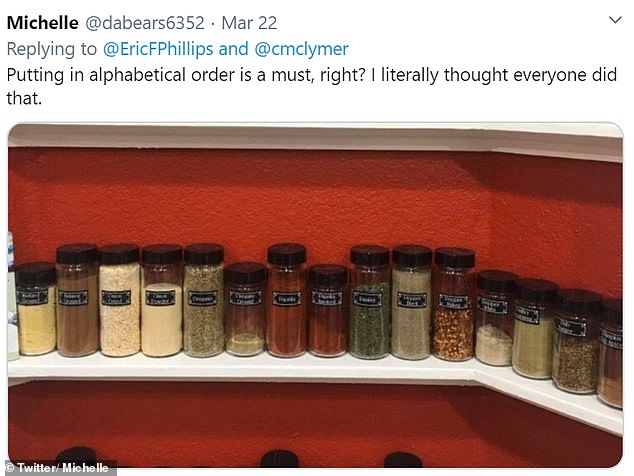 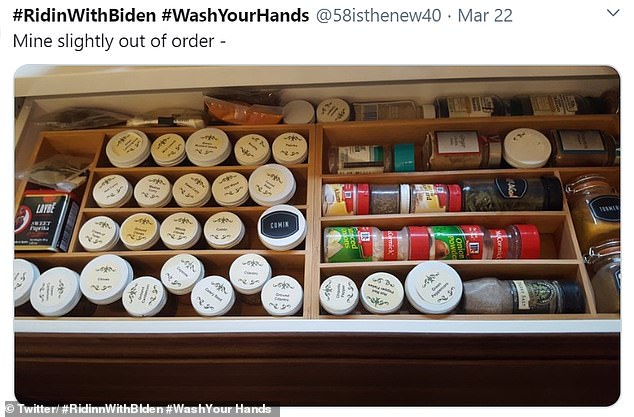 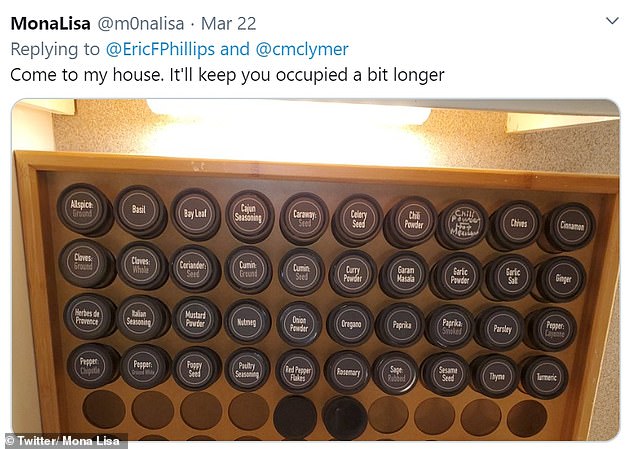 A third added: ‘What…can you possibly cook with just these spices? I’ve got more than five types of hot sauces in my cupboard and more than four types of salt.’

One person mocked Eric for putting black pepper under ‘B’ in his order, comparing it to alphabetizing by first name.

He responded to the stream of tweets mocking his cupboard, asking how many seasonings does someone with a small apartment need.

‘3/5 of these alleged spices are not spices,’ commented one.

Another said: ‘I can barely make spaghetti and even I have more spices than that’

‘lmao my man ‘all spice’ does not actually replace all spices,’ a third added. 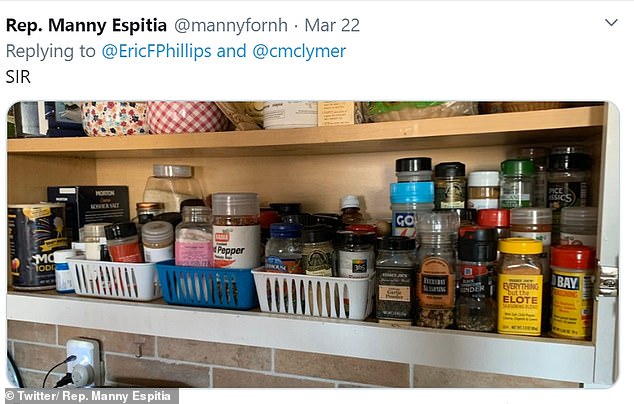 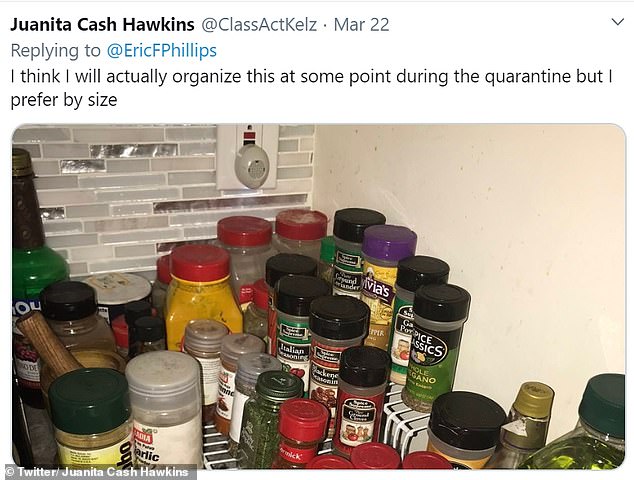 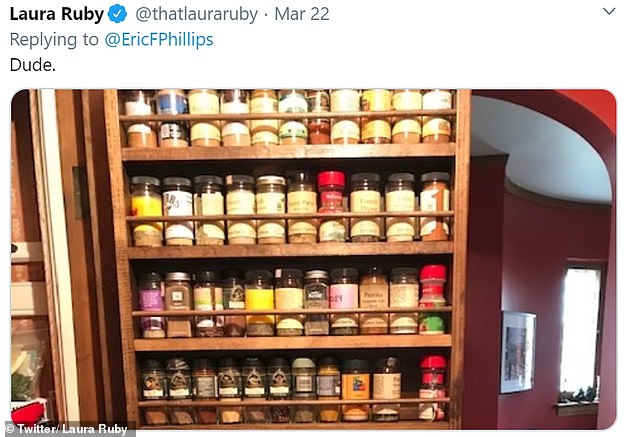 Will a good night ‘s sleep help my heart?

Coronavirus patients’ EYES could be contagious for WEEKS, study suggests