McDonalds restaurants across the UK closed their doors yesterday, with many customers queuing up ahead of closures to get their final fix before the temporary closure.

But many people are now taking to the kitchen to whip up some of the chain’s most famous meals at home, and sharing their attempts on the @Homemade_McDonalds Instagram account.

A stream of attempts at making the brand’s famous Big Mac burger, as well as the chain’s ‘burger sauce’, have delighted the page’s 5,000 followers, 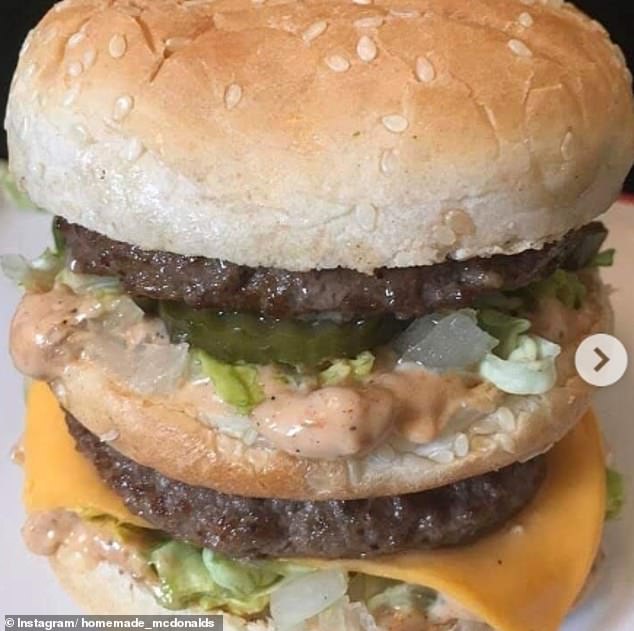 Food influencer Leanne Loves Cooking, submitted a photograph of her Big Mac, along with a lengthy explanation of how she made the burger.

She revealed she’d crafted the meaty patty by mixing together a pack of minced beef with salt and pepper before moulding it into the shape of the classic burger.

She then combined a range of condiments including mayonnaise, garlic powder, gherkin relish and white wine vinegar to recreate the signature sauce.

Another amateur chef submitted a table full of home made cheese burgers and chicken nuggets, served with chips.

How to make a Big Mac at home

Beat together and mould into as many burgers as possible.

Big Mac burgers are large and flat and shrink when fried so always go a bit bigger than the bun, or around 45g.

Leave in the fridge to chill.

Next cut the lettuce , dice onion (McDonald’s use dehydrated onion) and get gherkins, buns and a couple of cheese slices

Fry for a few minutes on each side.

Toast the buns and start to assemble the burger

Once you have added the burger, microwave for a few seconds and its good to go.

Leanne added: ‘If you want the real McDonald’s look squash it and chuck it about the kitchen a bit.’

Other users were wowed by the efforts, with one commenting: ‘That looks rather inviting.’

Another wrote: ‘I’m drooling’, while a third added: ‘Keep these posts coming’.

Each of the dishes has racked up almost 100 likes as fast food lovers gush about being able to satisfy their cravings, despite restaurants being closed. 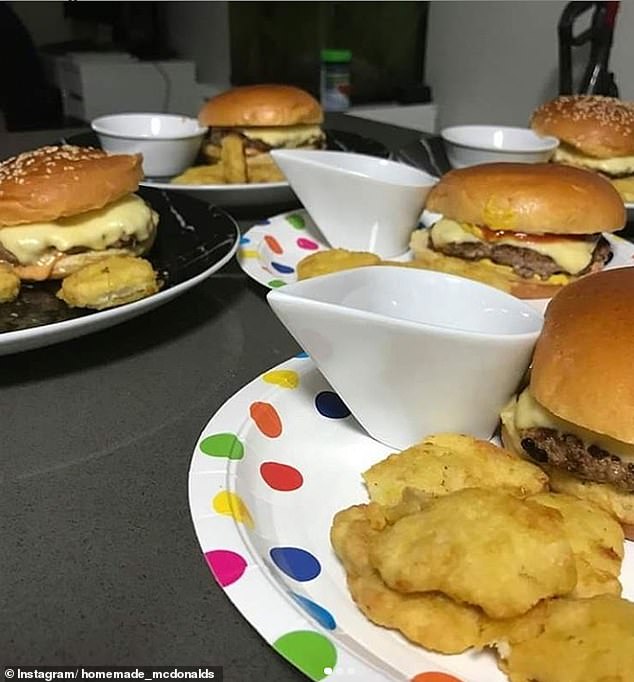 Meanwhile another person shared a snap of their homemade burgers and replicated chicken nuggets, which she served with chips (pictured) 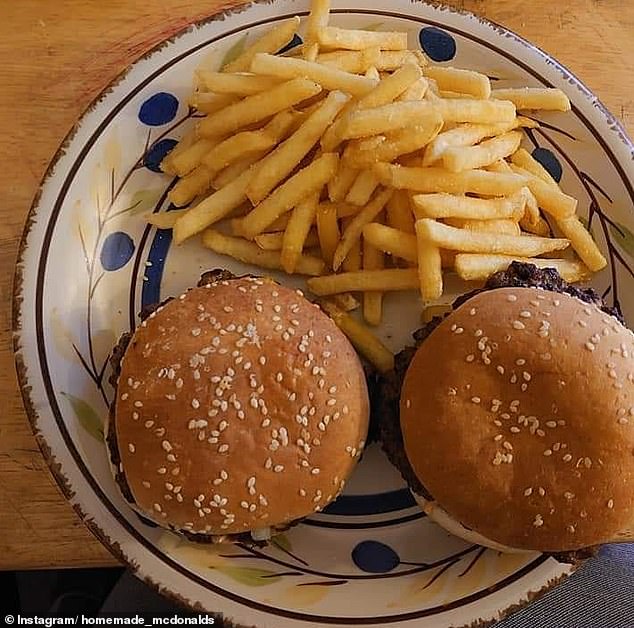 Another person revealed their efforts on the page, sharing snaps of thinly cut fries and two large burger buns 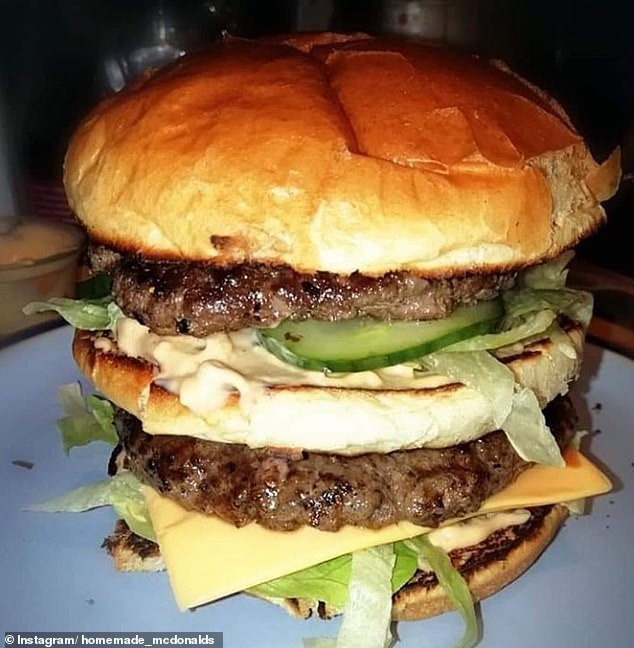 The homemade creations include McDonald’s signature Big Mac, cheeseburgers and chicken nuggets (pictured, a take on the Big Mac burger)

And it’s not just amateur chefs who are trying their best to replicate the McDonalds flavour.

How to make the perfect Big Mac sauce

According to Simon Wood, the following should be combined in a bowl in order to recreate the burger sauce.

1 Teaspoon Paprika (Optional if you have it)

½ Teaspoon Onion Powder (Optional if you have it)

Simon Wood, who was the MasterChef Champion in 2015, posted a clip on his Instagram telling followers the best way to recreate McDonald’s Big Mac sauce.

He told parents that cooking the dish could be a way of keeping children entertained while in quarantined.

Revealing that the sauce can be made using ingredients commonly found in kitchen cupboards, Simon explained that they just need to be combined together in a bowl.

Simon’s post has since been viewed over 1,000 times, with some revealing how their version of the recipe was slighty One person wrote: ‘OK so I’ve always done it and it’s mayo, pickles, white wine vinegar, mustard powder, onion powder, garlic, paprika? I think that’s all, maybe salt!’ 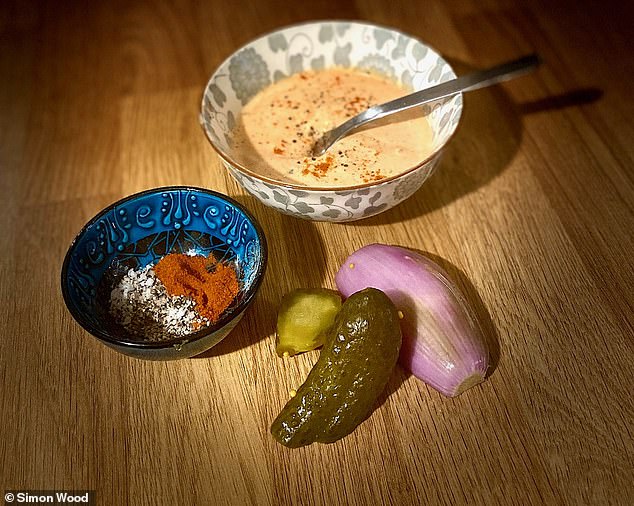 Social media users admitted they were wowed by Scott’s take on the sauce, with one commenting he was ‘a legend’