Millennials are the least likely generation to get their flu shot because they are being influenced by anti-vaxxers, a new survey reveals.

Researchers from the American Academy of Family Physicians (AAFP) found that more than half of Americans – 55 percent – in their 20s and 30s did not get the vaccine for this flu season.

The majority said they didn’t receive the shot because they either didn’t have the time or they’d forgotten.

But the survey also found that the anti-vaccination movement may to blame for the low rates of millennials being immunized with nearly two-thirds saying they agree with anti-vaccination beliefs. 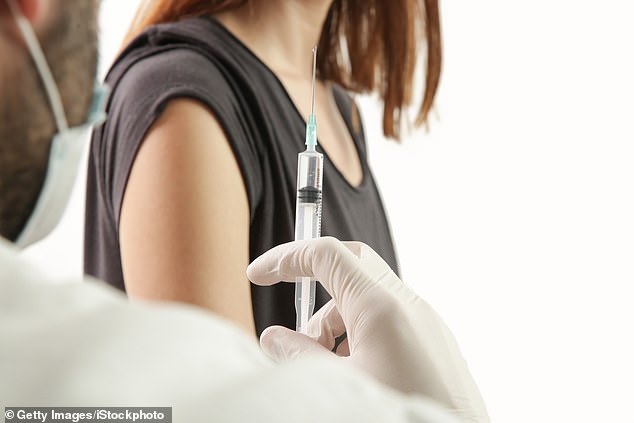 ‘It is very alarming to see how people are being influenced by the anti-vax movement,’ said Dr Alexa Mieses, a practicing family physician in Durham, North Carolina in a statement.

‘We need to make sure that…communities are educated about the importance of vaccines and that they understand the source of the rhetoric they’re hearing. It’s clear they are being influenced by myths and misinformation, and it’s critical that the facts reach them too.’

That’s much higher than the rate among baby boomers, around 42 percent, suggesting that the youngest generation may be more influenced by the anti-vaccination movement.

Countless studies have proven that immunizations – including the flu shot – are safe and do not cause the flu.

Both federal and state officials have urged everybody above six months old to get the annual vaccine.

Interestingly, millennials were also among the most likely to recognize the value of getting a flu shot.

Seventy-six percent said the shot is effective and 83 percent believe that the flu shot helps protect those around them.

The report found that many parents also are influenced by misinformation about the flu vaccine.

Almost 60 percent of mothers and fathers reporters that their child or children had missed at least one flu shot.

More than 20 percent of parents said they didn’t want their children to get sick from the flu shot.

Another 13 percent think their children don’t need the shot, and 10 percent don’t believe the flu is that serious.

But figures from the Centers for Disease and Control show that about 4,800 people have died from the flu in the 2019-20 flu season.

Pediatrics deaths are double what they were at this time last year, with at least 32 currently compared to 16 in mid-January 2019.

What’s more, the National Institutes of Health’s own flu expert says this year’s shot is an imperfect match for the influenza B strain that’s been responsible for the majority of severe illnesses and deaths of children.

‘Parents are responsible for their children’s health and safety so it’s imperative that they understand the dangers of the flu,’ said Dr Mieses.

‘It’s concerning to see that parents are misinformed, thinking the flu shot can give their children the flu or that they don’t need it.

‘We need to make sure they understand the seriousness of the flu so they can protect and immunize their children and themselves.’

How drinking a pint of beer each night really IS in your genes: Scientists find more DNA twists

Binge drinkers are drinking MORE than ever, report finds