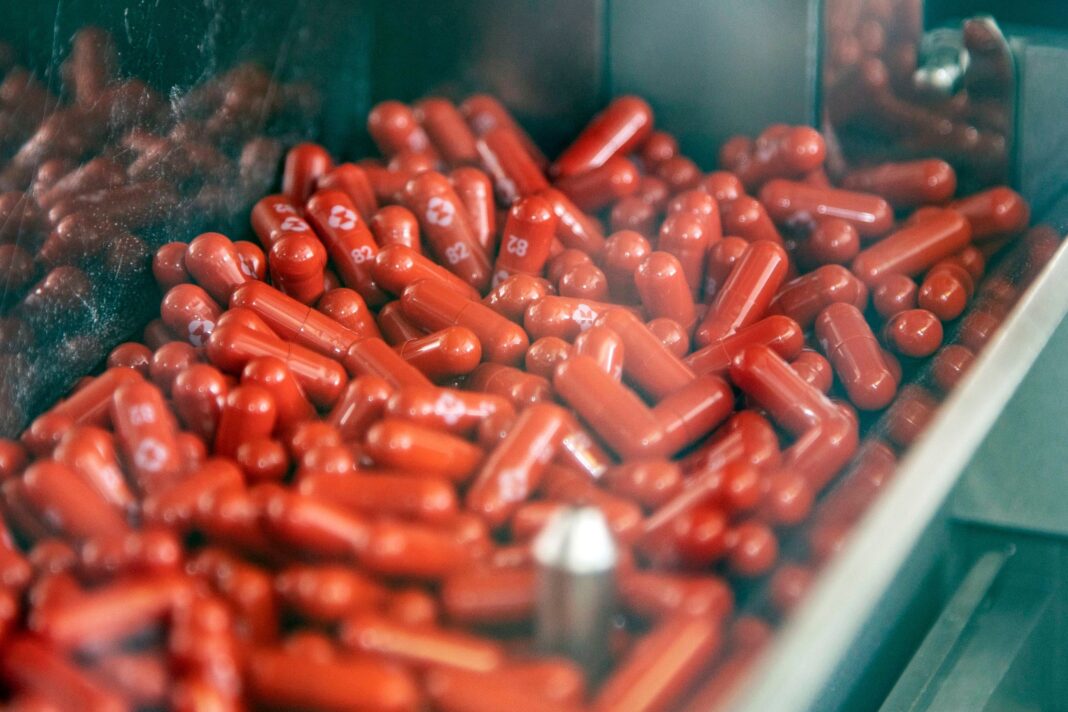 A NEW pill halves the risk of being hospitalised with Covid and may slash deaths by even more.

The wonder drug was branded “game-changing” in trial results and could banish lockdowns for good.

Health chiefs are in talks on a deal for the molnupiravir pill, which could be taken at home.

US drugs firms Merck and Ridgeback Biotherapeutics say it slashed rates of severe Covid by 50 per cent and all patients who were given it survived the virus.

Ridgeback chief Wendy Holman said: “Antiviral treatments that can be taken at home to keep people with Covid out of hospital are critically needed.”

The drug is said to prevent the virus multiplying as quickly, stopping it taking hold in the body and allowing the natural immune system to fend it off.

In tests on 775 patients testing positive but not seriously ill, 7.3 per cent of those given the pills ended up in hospital compared to 14.1 per cent not taking them.

There were eight deaths but none in the molnupiravir group.

The companies will now apply for a licence from US regulators.

UK scientists welcomed the news but Oxford professor Peter Horby said: “Quite a lot of people need to be treated to prevent one hospitalisation or death.”

Officials in the US have already bought enough to treat 1.7 million and Merck says there are large supplies available.

High blood pressure – the five exercises you can do at...