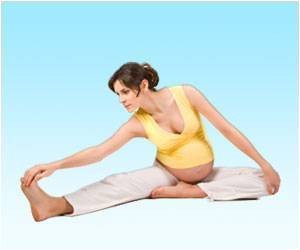 Low lung function in newborn babies increases the risk of experiencing respiratory problems like asthma and other obstructive lung disorders.

The data was collected from 814 mothers in Oslo and Stockholm and they were asked a complete questionnaire about their health, lifestyle, socioeconomic factors and nutrition. The women were classified into three categories; inactive, fairly active and active based on their intensity and duration of exercise.

The lung function was measured in three month old babies with the help of a mask attached to the measuring equipment that recorded the number of breaths. The important measurement is the ratio between the time to Peak Tidal Expiratory Flow and Expiratory time (tPTEF/tE). A low tPTEF/tE indicates a limitation in the flow of exhaled breath. The average tPTEF/tE in 814 babies was 0.391, the 290 babies of inactive mothers had a low average of 0.387 and 299 babies of active mothers had a value of 0.394.

“Although there is no clear definition for ‘low’ lung function, studies, including from our own group, have found that infants with a tPTEF/tE measurement of less than 0.20 shortly after birth were more likely to have a history of asthma by the age of 10 years. Also, children with lung function in the bottom 50% of the group were both more likely to have current asthma at 10 years and to have a history of asthma,” says Dr Gudmundsdottir.

More studies are required to find the association between inactive mothers and low lung function in infants.