Private nurses have been threatened with the sack after refusing to treat coronavirus patients because they didn’t have enough PPE.

Bosses at Nuffield Health’s Cheltenham Hospital warned they had ‘little choice’ but to take drastic action in an email.

Medics across the UK have repeatedly said they are having to share equipment and use items like aprons, masks, and eye visors multiple times, despite them designed to be used only once to limit the spread of a disease.

Workers on the coronavirus pandemic frontline have been encouraged by unions to stop working if they don’t feel protected.

However, they could face criminal consequences as a result if there was evidence of negligence to a patient. 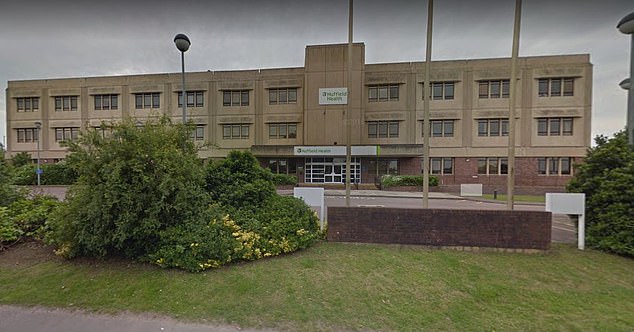 Source at Nuffield Health – who have been roped into to help the NHS with the surge in patients – say there have been concerns around working without PPE.

An email sent from a senior matron, seen by the HSJ, said: ‘I’m hoping to get another undisturbed day as I’m going to have to formally take on everyone who won’t help on the C19 side.

‘Unfortunately, it will be a disciplinary matter and referral to the Nursing and Midwifery Council. I really don’t want to go down that route but they’re giving me little choice.’

Following the email leak, a spokesman for Nuffield Health said: ‘The health and safety of our people, patients and wider communities is our first priority. Our Cheltenham hospital team is proud to be working with the NHS to care for COVID-19 patients in effort the national effort against the pandemic.

‘We can categorically state that we have been provided with a full supply of PPE from the local NHS trust so that all members of the team are protected when they treat Covid-19 patients. The team has also been given the appropriate training to ensure they can carry out their roles safely.’

Last week, the British Medical Association, Royal College of Surgeons (RCS) and the RCN put out guidance for doctors and nurses respectively which said they can refuse to treat patients if their PPE is inadequate.

The RCS ‘urges our members not to risk their health’ after a survey of 1,978 members found a third do not believe they have an adequate supply of PPE.

The RCN recommendations state: ‘Ultimately, if you have exhausted all other measures to reduce your risk and you have not been given appropriate PPE… you are entitled to refuse to work.’ 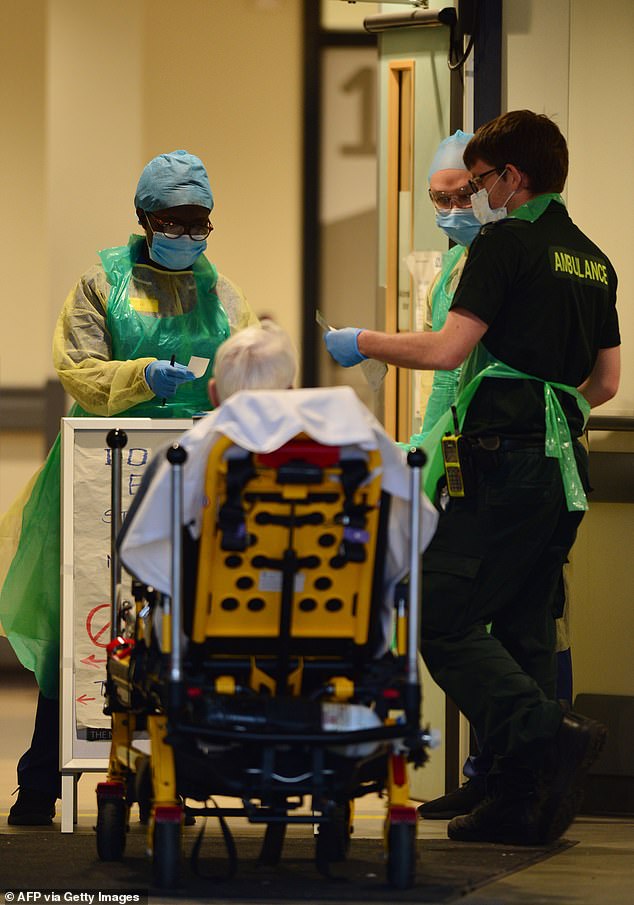 An NHS hospital boss working in southern England has asked British fashion brands to make more personal protective equipment (PPE) such as gowns for his staff.

The man, who wished to remain anonymous claimed staff at his hospital had ran out of gowns over the weekend.

It comes after Health Secretary Matt Hancock claimed hospitals had enough PPE to go around.

The hospital boss slammed these claims and insisted Mr Hancock’s theory was a ‘fantasy’.

The man, who wished to remain anonymous, phoned the BBC’s business reporter Simon Browning and asked for the factory phone number of Burberry, which has turned over its production to make PPE for healthcare workers.

Burberry is among a list of labels including Barbour, Louis Vuitton and Philip Treacy to have pledged to manufacture equipment crucial to fighting Covid-19.

Browning said such gear was being made efficiently but was not reaching the front line quickly enough, with manufacturers telling him they have been receiving ‘upsetting’ phone calls from NHS staff about to run out of equipment.

NHS workers have already thanked the luxury clothing brand for turning its factory into a production line for PPE and delivering gowns to North East hospitals.

The RCN said it would provide legal assistance to those making what it acknowledged was an ‘enormously difficult decision’.

It warned nurses that they could face criminal prosecution for corporate manslaughter in ‘very rare’ cases for walking away.

But fears among frontline workers have only been exacerbated by the deaths of colleagues.

The government says there have been 27 verified deaths of NHS staff during the pandemic, but the media have reported more.

Not all the workers have been confirmed to have tested positive for the virus, but they were hospitalised with symptoms before their deaths.

Some of the victims complained of a lack of PPE before their death, including Abdul Mabud Chowdhury, 53, who died at Queen’s Hospital in Romford, east London, on April 8.

The consultant urologist had pleased for ‘appropriate PPE to protect ourselves and our families’ just five days before he was admitted to hospital with the killer infection.

Health Secretary Matt Hancock today said he ‘would love to be able to wave a magic wand’ to increase supply of PPE when talking about the proposed reuse of materials.

During a virtual meeting with the Health and Social Care Committee, Mr Hancock said: ‘In some cases, the reuse of PPE is advised by clinicians, so again I come back to the point that this has to be a clinical decision.

‘I would love to be able to wave a magic wand and have PPE fall from the sky in large quantities and be able to answer your question about when shortages will be resolved.

‘But given that we have a global situation in which there is less PPE in the world than the world needs, obviously it’s going to be a huge pressure point.’

He added: ‘There’s nothing that I can say at this select committee that will take away the fact that we have a global challenge and we’re doing everything we can to resolve it to get that PPE to the front line.’