Decaffeinated has long been the black sheep of the coffee world. If someone at your table ordered it after dinner you’d probably assume they were pregnant or had high blood pressure — it certainly couldn’t be for the taste, forever denounced as second only to muddy water.

‘We assume a good decaf coffee is an exception, not a rule,’ says Richard Kieswick, an expert who judges the UK Barista Championship and is founder of Halo Coffee.

Cup by cup, though, that seems to be changing. In May, a report by Mintel found a million Britons had switched to decaf in the previous 12 months. Sales of instant decaf are up 20 per cent since 2017. 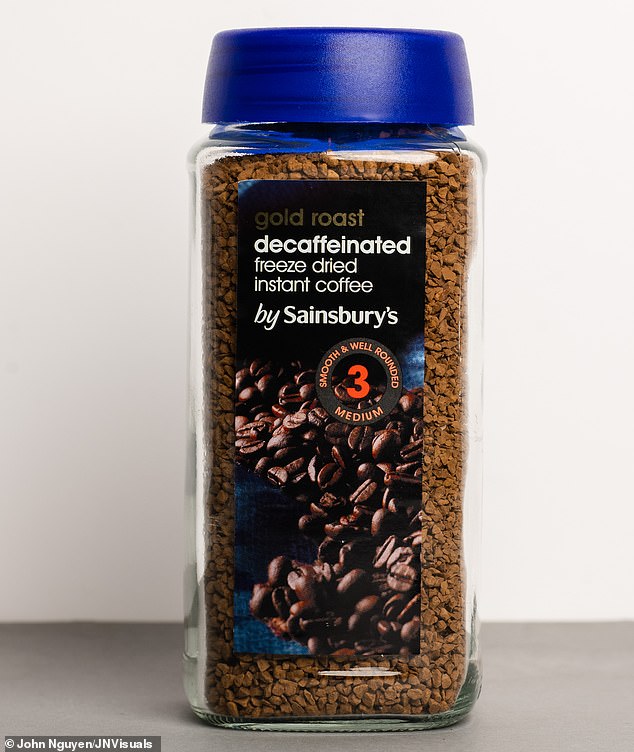 India Sturgis and Richard Kieswick gave their verdict on a selection of decaf coffees on sale in UK stores, including Sainsbury’s Gold Roast Decaf granules (pictured)

Improvements in how decaffeinated coffee is sourced, roasted and manufactured have led to some blends becoming indistinguishable from the real thing. Meanwhile as we place a greater emphasis on health and wellbeing — and the elusive eight hours’ sleep — caffeine is becoming a less attractive commodity.

Nowadays, the most popular decaffeination method is the Swiss water process, a chemical-free, patented method pioneered in Switzerland in 1933 that uses water to repeatedly dissolve and remove caffeine from green (unroasted) beans.

And expert Richard says there are some really good decafs coming through. You just have to find them. So which should tempt you to make the switch from caffeine?

A medium-strength instant coffee produced in Spain and made using a blend of arabica and robusta beans.

Richard says: Tasted of very little. At best, I’d say it was functional.

India says: Not great. The flavour was synthetic and plasticy with a musty aftertaste.

Verdict: Little to recommend it. 2/5 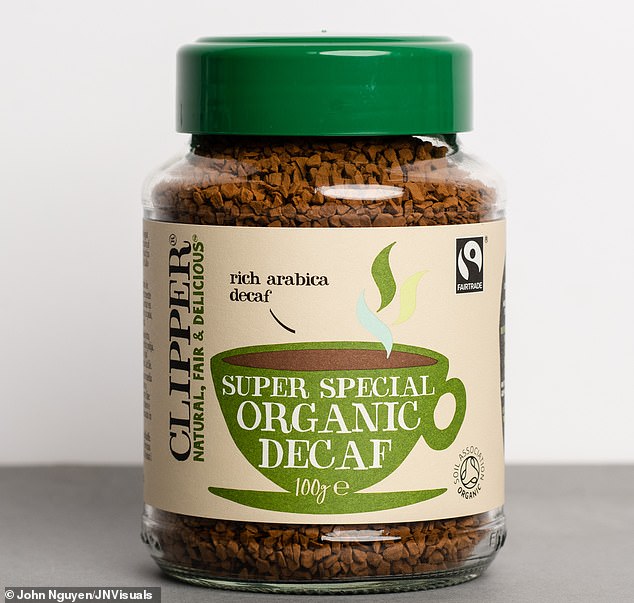 Richard says: A few flavour layers present here: a hazelnut nuttiness and a touch of chocolate. Not bad for instant or decaf.

India says: I wouldn’t have guessed this was decaf. It had a pleasing smoothness, depth and flavour. 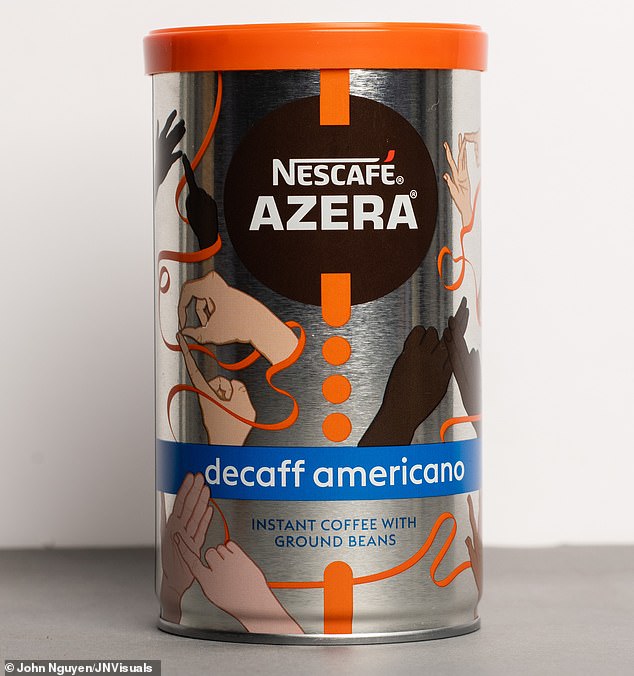 A premium Americano-style decaffeinated coffee. Made using a blend of arabica and robusta beans from Colombia, Brazil, Honduras, Vietnam and Indonesia.

India says: Not something I’d want to repeat. Too tangy.

Verdict: All style, no substance. 1/5

A capsule coffee made using arabica beans from South and Central America.

Sustainability: Made to Rainforest Alliance standards, which means the farms, forests and businesses employed all meet set environmental markers.

Capsules are recyclable but the method is convoluted. You must send used capsules to Nespresso-compatible recycling factories using a special recycling bag. Alternatively, you can arrange for collection at home.

India says: Bitterness that lingers at the back of the throat like an unwelcome guest. 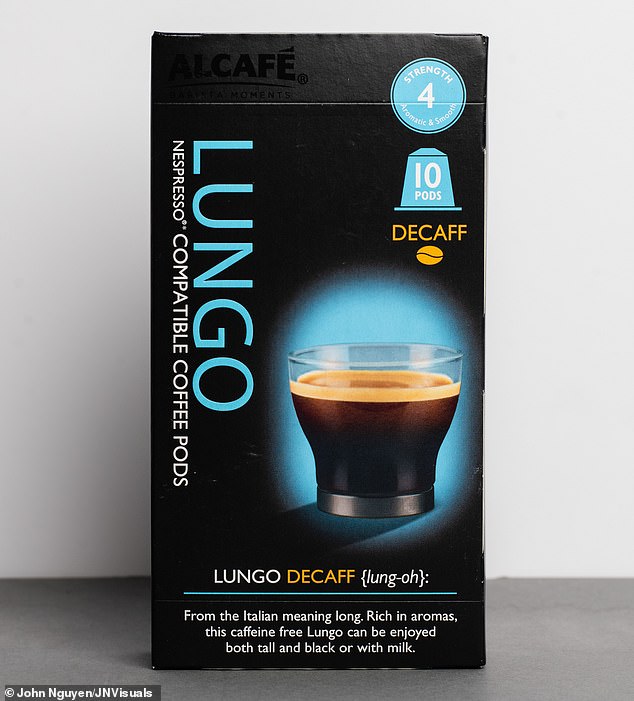 Sustainability: Capsules are made from plastic and aluminium, so destined for landfill. Carton is card, so recyclable.

India says: Full-bodied and Italian and not at all as I expected. 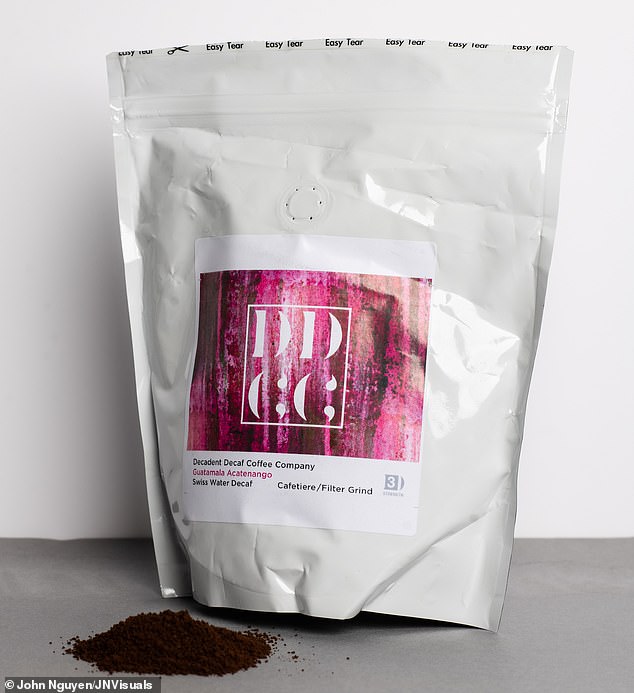 Grown in Guatemala, the arabica coffee benefits from fertile volcanic soil. The brand has won five Great Taste Awards and roasts in small batches on the south coast of England. Promises notes of blood orange, raisins and milk chocolate.

Sustainability: Combination of metal and plastic laminate makes this hard to recycle. Plans to make it plastic-free by mid-2020.

Richard says: A clear favourite on taste and the only one I wouldn’t guess was decaf because there’s so much depth and body. Strong, sweet notes and a pleasant orangey bite. Beautifully crafted.

India says: Refined and expensive but perhaps best enjoyed in small quantities or could be sickly. 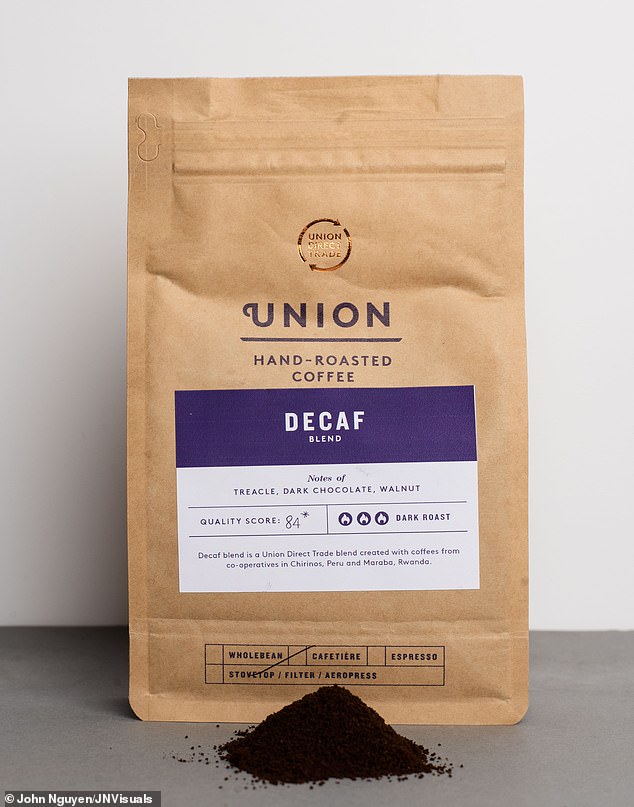 Dark roast arabica beans from Chirinos region in Peru and Maraba in Rwanda.

Sustainability: Blend of paper, aluminium and plastic means very few places will recycle this. Union make efforts elsewhere at sustainable practices such as producing biofuel from coffee grounds at its barista training facility.

India says: A subtle taste, which I like. Smooth and sweet. 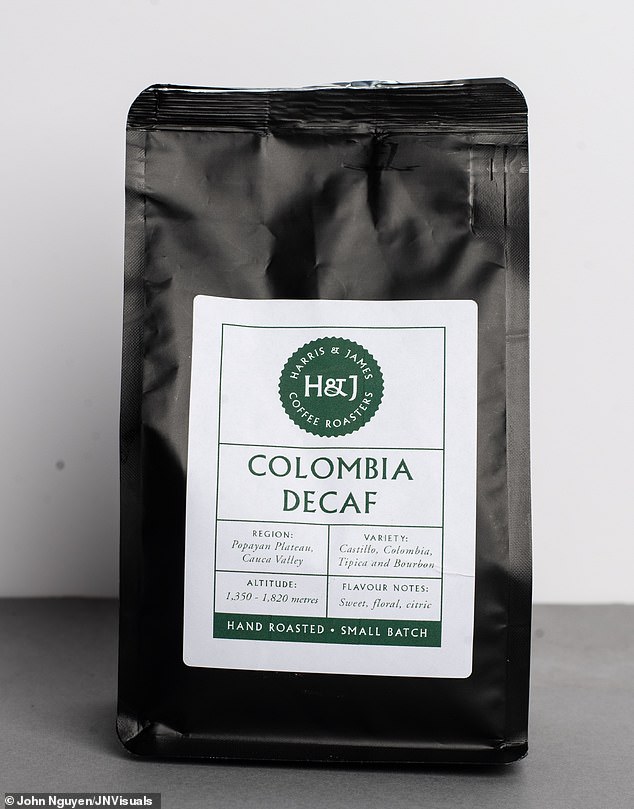 A blend of Colombian arabica beans from the Popayán region.

Sustainability: A mixture of materials makes packaging hard to recycle.

Richard says: The coffee looks unevenly ground, which impacts on flavour because you’ll get inconsistencies. A wonderfully strong aroma but I wanted a stronger punch.

India says: Was that a hint of citrus? I enjoyed it. 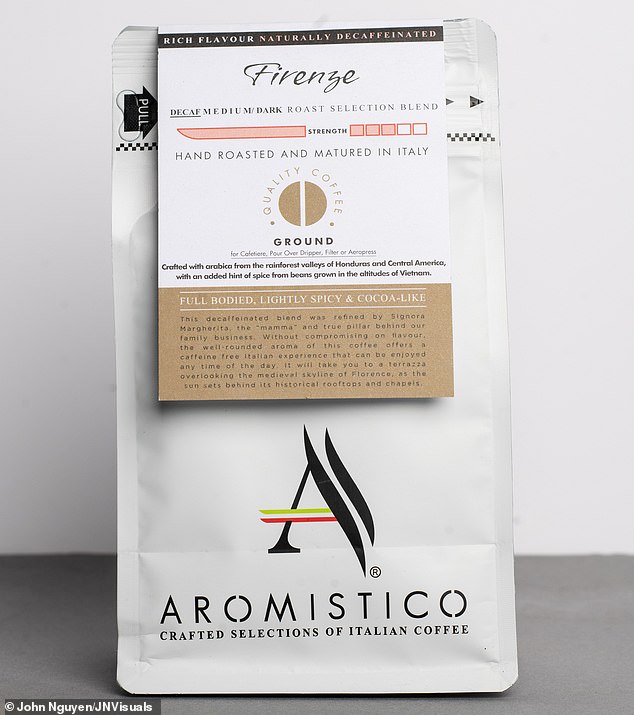 A medium/dark blend made with arabica and robusta beans from Honduras and Vietnam. Roasted in small batches in Lake Garda, Italy.

Sustainability: A mixture of materials makes packaging hard to recycle.

India says: A favourite. Bitter enough to wake you up without making you gag.

Expert tips for a brilliant brew

If you use a machine, flush it out before using a new capsule.