For many decades, the message on sun exposure has been unequivocal: cover up in the midday sun, wear high-protection factor sunscreen and avoid sunburn at all costs.

A slew of public health campaigns warn of the deadly skin-cancer risk linked to the sun’s ultraviolet (UV) rays… not to mention the fact that they give you wrinkles.

Gone are the days when sunburned children roamed the nation’s beaches from May to September.

In fact, this Easter break, should your child forgo the SPF 50 and end up sunburnt, you could be guilty of parental neglect, according to health watchdog the National Institute for Health and Care Excellence (NICE), which lists it as a red flag doctors should watch out for in children, alongside bruising and being persistently unwashed. 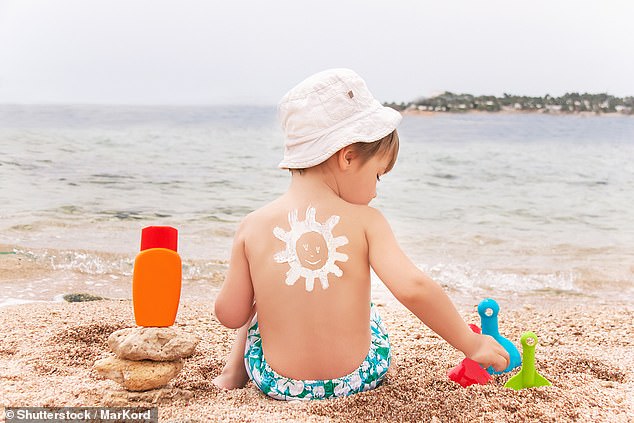 There is no doubt that the ‘sun safe’ message exists for good reason. The incidence of skin cancer in the UK has increased ten-fold since the 1970s – driven by Britons seeking sun holidays.

Today, more than 260,000 new cases of the disease are diagnosed every year in Britain, resulting in more than 2,400 deaths.

But the sun safety message is getting through: in a study published last year, 88 per cent of Britons said they endeavoured to stick to the recommendations while global sales of sun protection lotions, creams and sprays are soaring and projected to reach almost £19 billion by 2024.

But has our new-found obsession with protecting ourselves from UV damage come at a cost? The answer, according to mounting evidence, is a possible yes. Indeed, some studies show that people with high sun exposure live longer than sun-avoiders. 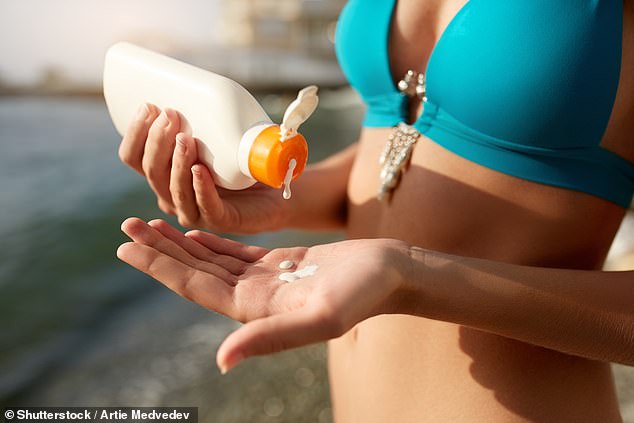 In a study published last year, 88 per cent of Britons said they endeavoured to stick to the recommendations while global sales of sun protection lotions, creams and sprays are soaring and projected to reach almost £19 billion by 2024

And a wealth of new research offers an explanation for this conundrum. It lies with the untold benefits of sun exposure for our heart, bones and ability to fight disease.

Some experts even warn against the use of SPF, coining it ‘the new margarine’ – a reference to the nationwide switch from butter to vegetable fats in the 1990s. It has since been revealed that trans-fats in many margarines are more harmful that saturated fat in butter.

So have public health campaigns on sun protection got it wrong?

SUNLIGHT CAN BE SO HEART-WARMING

There has been an increasing awareness of the health benefits of sun exposure linked to the production of essential Vitamin D, a hormone produced by the skin when it is exposed to specific types of ultraviolet rays called UVB in sunshine. Humans need a hefty daily dose of it to keep bones and teeth strong, and muscles robust.

Without Vitamin D to help the bones absorb nutrients from food, there is increased risk of deformities, wasting diseases and bone conditions such as rickets and osteoporosis. While it is possible to get some Vitamin D from foods such as eggs, oily fish and cheese, exposure to the sun’s rays is by far the most efficient method.

Why you may need a bottle of sunscreen a day

Sunscreen comes in different strengths and will block out varying degrees of the sun’s rays depending on its SPF number, a measure of the ability of a sunscreen to prevent sunburn.

The sun’s UVB rays are the main cause of sunburn, so screens must protect against it.

‘Most people don’t apply sunscreens properly, under-estimating how much and how often,’ says Professor Antony Young of King’s College London.

‘For an average-size woman spending a day on the beach, you need a 100ml bottle of sunscreen every day which is enough for three whole body applications at the right thickness to get the labelled SPF protection.’

Studies show that exposing the skin to these rays yields a higher quantity and quality of Vitamin D than food sources and multivitamins. But nearly half of the UK population have low levels, according to the 2018 National Diet and Nutritional Survey, with black, Asian and minority ethnic groups most at risk, as darker skin produces far less Vitamin D than lighter skin.

Too add insult to injury, the UK is at a northern latitude, meaning UVB rays don’t reach ground level for six months of the year. During this time, between September and April, we rely on reserves built up over the summer months.

So widespread is the problem that earlier this year the UK’s Scientific Advisory Committee on Nutrition instructed every Briton to take a daily Vitamin D supplement throughout the winter. But newer research suggests further benefits from basking in UV rays – it will help to maintain healthy blood pressure and heart health.

For years, experts have puzzled over why populations with plenty of sun exposure – those closer to the Equator – have lower blood pressure than those living further away. And why lighter-skinned people with higher sun exposure do not have shorter lives despite facing an increased risk of skin cancer.

One explanation could be that exposure to sunlight may play an important role in lowering blood pressure, according to Richard Weller, a consultant dermatologist at the University of Edinburgh.

He said: ‘So far, we have only linked sunlight exposure to Vitamin D but it has a greater impact than that. Humans have existed for 200,000 years and pretty much our whole existence has been lived outdoors. It’s only in the past 200 years, since the Industrial Revolution, we have started to spend most of our time indoors. This is not normal.’

High blood pressure is now the leading cause of death worldwide, according to the World Health Organisation. 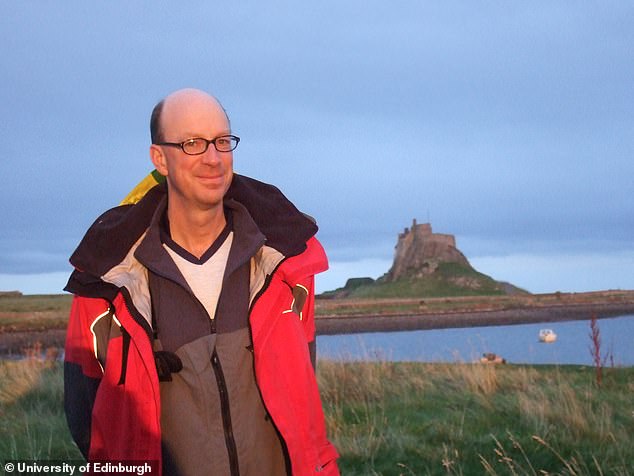 One explanation could be that exposure to sunlight may play an important role in lowering blood pressure, according to Richard Weller (pictured), a consultant dermatologist at the University of Edinburgh 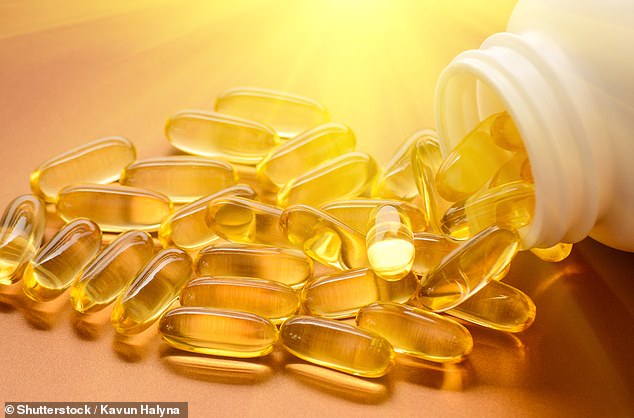 During the winter we rely on reserves built up over the summer months. So widespread is the problem that earlier this year the UK’s Scientific Advisory Committee on Nutrition instructed every Briton to take a daily Vitamin D supplement throughout the winter

In a research paper from 2014, Dr Weller showed how the skin produces nitric oxide in the presence of UVA light – a type of UV radiation that reaches the Earth all year round. ‘Nitric oxide is a potent vasodilator, causing blood vessels to widen,’ he explains.

During one study, the skin of 24 healthy individuals was exposed to UVA light from tanning lamps for 20 minutes. Later, they sat under the lamps but with filters that mimicked SPF 25 to block the UVA. Only when the skin was fully exposed to UVA did researchers see the blood-pressure-lowering effect and altered levels of nitric oxide in the circulation. ‘If you look at average blood pressure of people in Britain, it is lower in summer than in winter,’ says Dr Weller.

Sunscreens could be developed which protect the skin and allow Vitamin D synthesis and nitric oxide to be released, he suggests.

UV light may also have wide-ranging effects throughout the body, helping to regulate the body’s immune system. Scott Byrne, an immunologist at the University of Sydney, has been investigating these effects. He says: ‘When sunlight hits the skin, it causes the production of different chemicals that affect the immune system throughout the whole body.’

Now researchers are looking at how UV light may help prevent or limit auto-immune diseases in people, including multiple sclerosis (MS) – in which the immune system turns on healthy nerve cells and attacks them, leading to a raft of problems. MS is more common in countries that have less sunlight.

‘We’ve known for some time that the association between sunlight exposure and MS is quite strong,’ he says. ‘In our animal models of MS we can demonstrate a clear link between UV and suppression of the disease,’ says Dr Byrne.

And Professor Antony Young, at King’s College London, says it is likely UV radiation has a profound effect in ways we don’t understand. ‘It would not be surprising if these had been exploited by evolution to get some advantages.’

However, he urges caution. ‘There is only one proven benefit to UV radiation and that is Vitamin D synthesis linked to bone health. There is more work to be done to show the other potential benefits.’

No one is advocating throwing away sunscreen, but Dr Weller is one expert calling for a more nuanced approach, where a balance is struck between sun exposure for heart health and sun avoidance to reduce skin cancer risk.

‘In Australia, they are beginning to moderate their health message but the UK is falling behind with its strong focus on skin cancer alone.’

Otherwise, he says, people should use their common sense and avoid burning, which is the major risk factor for deadly malignant melanoma skin cancer.

How long should you stay in the sun without protection?

So how long can you safely go out in the midday sun without SPF?

A clue can be found in the research of endocrinologist Professor Michael Holick, as outlined in his book The Vitamin D Solution. 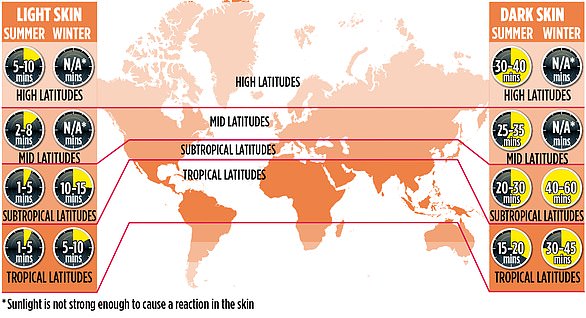 In the graphic, you’ll find the number of minutes needed in the sunshine for those of different skin colours to produce a daily ‘dose’ of Vitamin D, depending on where you are in the world and the season

In the graphic, you’ll find the number of minutes needed in the sunshine for those of different skin colours to produce a daily ‘dose’ of Vitamin D, depending on where you are in the world and the season – factors that govern how strong the sunlight is.

Once you’ve had your dose, apply sunscreen to minimise damage to the skin. This is based on 25 per cent of the skin being uncovered, but the more skin exposed to the sun, the better.

Why does it take 7 years to detect condition that plagues so many women?