A ‘boozy’ dalgona coffee recipe has taken the internet by storm after the creamy drink made with just instant coffee, sugar, hot water and milk was dubbed the perfect caffeine fix during coronavirus isolation.

Erica Kelly is one of tens of thousands of people around the world to jump onto the latest food trend – but she decided to take the viral four-ingredient recipe to the next level by adding Baileys and Kahlua.

‘I’ve been seeing a lot of dalgona coffee videos and I was trying to think of creative ways to put a twist to it,’ Erica told Daily Mail Australia.

How to make a ‘boozy’ dalgona coffee

To make the froth, whip the following ingredients together with an electric mixer:

Next, pour cold milk into a glass with ice, add half a shot of Baileys and half a short of Kahlua. Spoon the frothed coffee mixture on top – enjoy!

‘Just whisk everything until it is whipped,’ she explained.

Next, she prepares a glass of cold milk with ice and a dash of Baileys and Kahlua before topping it off with the whipped ‘boozy’ coffee.

‘I put Baileys in the milk and a little bit more Kahlua. I think the amount of alcohol you put in comes down to preference on how strong you want it. I added maybe half a shot of Baileys and half a shot of Kahlua to the milk,’ she said.

She noted that while the original recipe suggests two tablespoons of sugar, she only added half a tablespoon because Kahlua is already sweet.

Erika said she was quite pleased with her own take on dalgona coffee, which originated in South Korea.

‘It’s very creamy and fluffy, and I actually really liked the Baileys and Kahlua added into it because you can still taste both liquors. The sweet alcohol balances out the strong whipped coffee,’ she said. 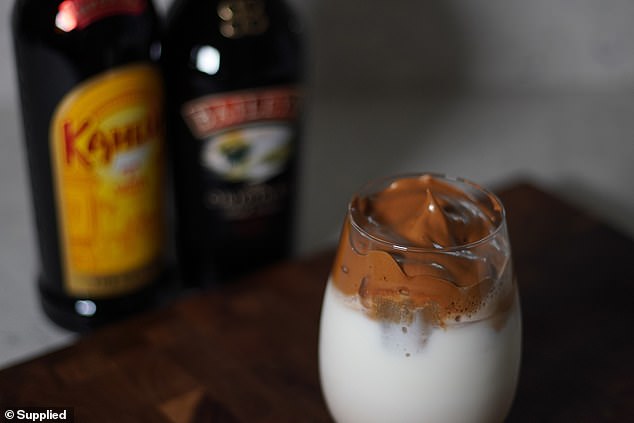 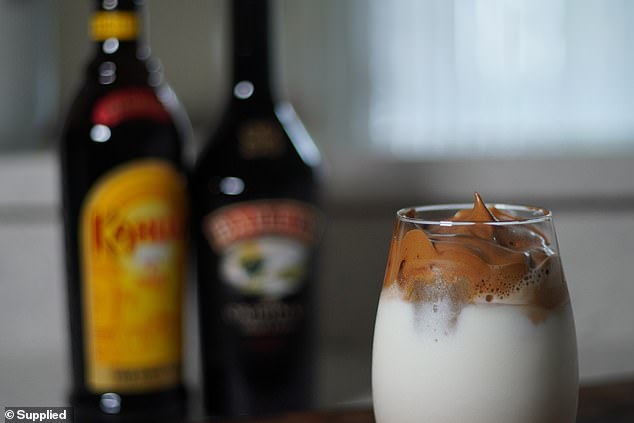 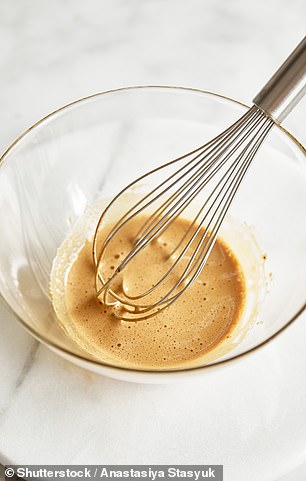 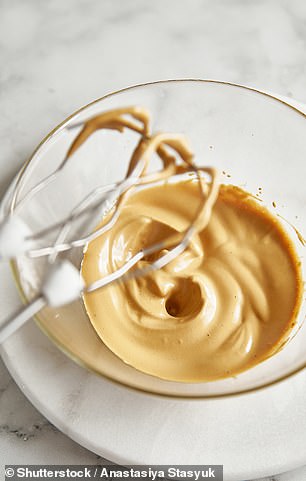 Erika shared her recipe on Instagram and in an Australian Facebook group with more than 1.7 million followers on Monday – and her post has since gone viral.

Many described her creation as a ‘game changer’ while others said it’s the ultimate drink to enjoy after a long day of working from home.

Some even tagged their friends, suggesting they could enjoy a virtual boozy dalgona coffee together over the weekend.

The non-alcoholic version has been sweeping the globe in recent weeks after videos of people making the creamy drink were widely shared and watched on TikTok.

The hashtag #dalgonacoffee has been used more than 150,000 times on Instagram, with tens of thousands of people sharing photos of their perfected creations.