Vegan options are often perceived as a healthier choice on restaurant menus, but a damning report has found that many are crammed with more salt than meat dishes.

An investigation by researchers at Action on Salt, based at Queen Mary University of London and Bart’s Hospital, looked at the content of more than 290 plant-based products in 45 UK high street restaurants, fast food and coffee chains.

The biggest study of its kind to date found that 45 per cent contained more than half an adult’s daily recommended intake of salt – with the NHS suggesting no more than 6g per person per day.

Shockingly, one in five of the plant-based meals surveyed provided all or more of the daily limit of salt – including Papa John’s Vegan American Hot Medium Pizza which contained a staggering 9.28g. 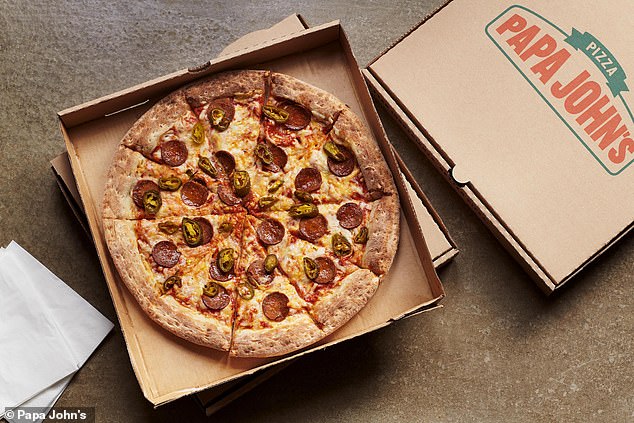 While pizzas might be expected to have a high level of salt, there’s plenty lurking in healthier-sounding choices such as the Loch Fyne Spiced Roasted Cauliflower, which has 8.65g of salt.

And EAT’s 3 Bean, Smoked Chili and Tomato soup was found to be saltier than 14 bags of Walker’s Ready Salted Crisps with 5g. 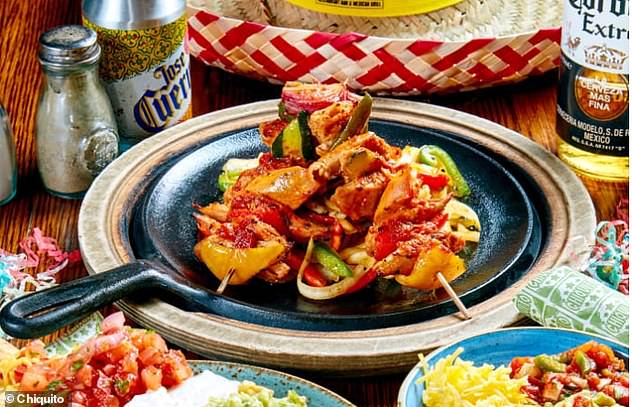 Chiquito’s Vegan Fiesta Fajita contains 7.65g of salt. The investigation by researchers at Action on Salt, based at Queen Mary University of London and Bart’s Hospital, looked at the salt content in more than 290 meat alternative products in 45 UK restaurants 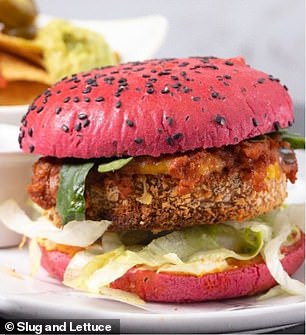 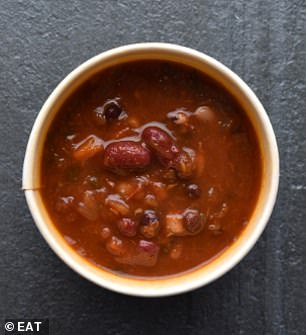 Harvester, which made the top 30 worst offenders with its The Purist Burger with triple cooked chips, containing 7g of salt, told Mail Online: ‘We focus on communicating ingredients, the freshness of our food and providing healthier options, so guests can make an informed choice when eating with us.

‘We share full nutritional information online for guests to access and are very mindful of our role in helping them make knowledgeable decisions about what they eat and drink when visiting our restaurants.’

Sonia Pombo, Campaign Manager for Action on Salt said: ‘Eating a more plant based diet can and should be beneficial for a number of reasons.

‘But whether you are looking to eat less meat for animal welfare, sustainability or health reasons, it is important to know a ‘plant-based’ or ‘vegan’ label does not automatically qualify a product as healthy. 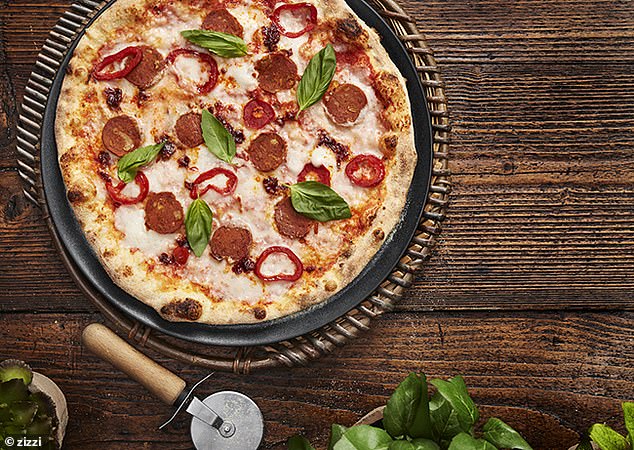 Zizzi’s Jackfruit Italian Hot Rustica contains 6.8g of salt. The research found that 45 per cent of meals surveyed from chains and coffee shops contained more than half an adult’s daily recommended intake of salt

‘It is time for restaurants and cafes to step up and start making food that is healthy for us and better for the planet.’

Zoe Davies, Nutritionist at Action on Salt added: ‘Making healthier choices isn’t always the easy option, but whereas much of the retail sector voluntarily displays clear nutrition information on the front of their packaging to help shoppers find the healthier options, the eating out sector have yet to be as transparent.

‘We therefore need to see clear nutritional information displayed both online and on menus, to make it easier for diners to make genuine, informed healthy choices.’

A spokesperson for Wasabi told MailOnline: ‘Wasabi are constantly looking to reduce salt content where possible and are currently developing new vegan dishes with lower salt in mind. Across the extensive Wasabi menu, there are also many dishes which offer a balanced meal.’ 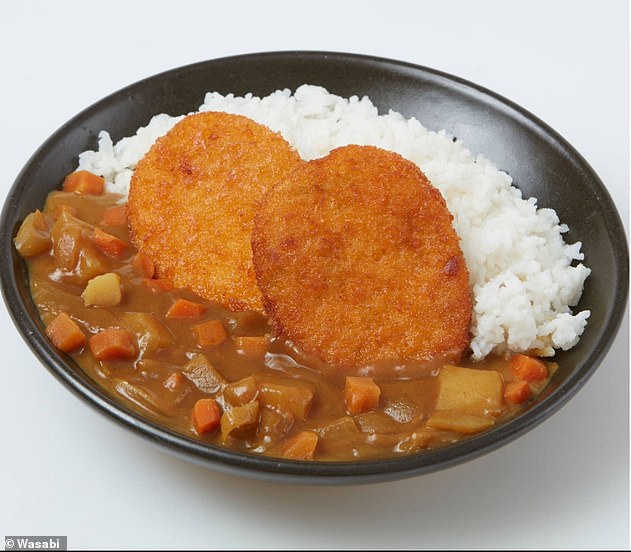 Wasabi’s Pumpkin Katsu Curry Bento (pictured) contains 8.6g of salt in one meal – more than the 6g daily limit recommended by the NHS

Graham MacGregor, Professor of Cardiovascular Medicine at Queen Mary University of London and Chair of Action on Salt, added: ‘It is shocking that many in the out of home sector appear to be deliberately ignoring the voluntary salt reduction targets, in what many regard incorrectly as healthy food.

‘The government must enforce stricter and more comprehensive salt reduction targets and create a fair and level playing field wherever you choose to eat.

‘Salt is the leading cause of raised blood pressure which in turn is the major cause of strokes and heart disease.

‘According to the Department of Health & Social Care, each one gram/day reduction in population salt intake, saves more than 4,000 premature deaths per year.

‘Given this, it is immoral of any food company not to do their part, and the Secretary of State needs to act now.’

6 best sleep position to protect against back and neck pain