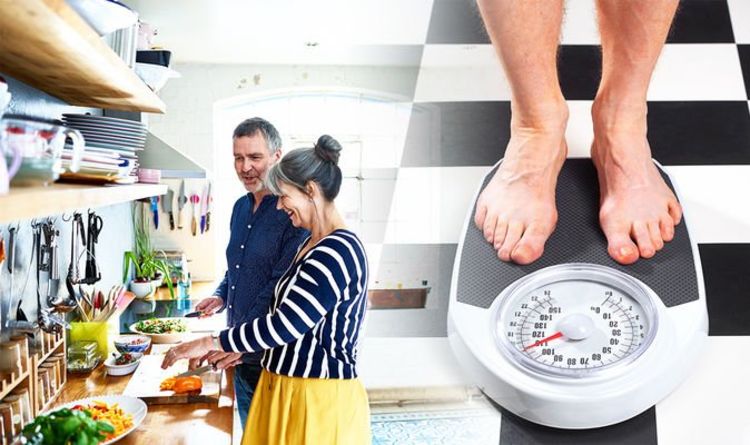 Weight loss is a difficult task at any time of year but it can feel particularly tricky during the short and cold days of January. Yet it’s at the start of a new year that folk up and down the UK look to overhaul their diet and fitness. A good way to help you shed the pounds is to make healthy food swaps rather than just outright cutting out foods.

Here are six healthy food alternative suggestions that Darren Kirby, fitness expert and founder of Fitter Healthier Dad, put to use on his weight loss journey that saw him lose 28kg.

And remember, always drink plenty of water – you should aim to consume around two to three litres a day.

Microwavable porridge sachets have high amounts of added refined sugar; you can easily swap this out for rolled oats.

If you still want that sweet hit, and add maple syrup or cinnamon for sweetness. This has a low glycemic index (GI) which is good for sustained energy and lower blood sugar

Simply just measure out 35g of porridge oats into a bowl, cover with water or milk/milk substitute and microwave for one and a half to two minutes.

READ MORE: Natalie Cassidy weight loss: What she cut out from diet to lose 42lbs

Whilst margarine spreads are easier to spread and might seem healthier, they contain a lot of manufactured fats which cause inflammation affecting our overall weight and health.

Real grass-fed butter is a better alternative as it contains good healthier fats which are better for our gut and brain function.

One tbsp of margarine spread – 102 calories

Pasta has become a staple of the Western diet, however, it’s a fast-releasing carbohydrate. This means that as we move less we aren’t using the fuel the fast-metabolising carbohydrates provide, so try swapping pasta with quinoa.

Quinoa is cooked the same way as pasta, but is also a low GI carbohydrate and also contains protein which is great for feeling fuller for longer.

White potato has also become a key part of our diets. Yes, it is a carbohydrate which our bodies need, but it has a high glycaemic index so it gets converted to sugar for use as energy very quickly, and our bodies can’t process it all. This means that the excess gets stored as fat.

A really good alternative is sweet potato which is much lower in calories. It’s a low GI carbohydrate, releasing slower into the bloodstream over a longer period of time.

Top tip – sweet potatoes are great roasted in the oven with a small amount of olive oil or mashed with real butter.

One serving of white potatoes – 280 calories

One serving of sweet potatoes – 114 calories

With its high content of cocoa, dark chocolate has been linked to many health benefits including reduced risk of cardiovascular disease and reducing blood pressure.

Top tip – instead of buying one big bar, buy smaller bars and just limit yourself to small amounts each day, rather than consuming a whole 100g bar.

Bowel cancer symptoms: Bloody stools – are they caused by haemorrhoids or the disease?

Apple cider vinegar benefits: What are the proven benefits?

How to lose a stone in one month: Dr Amir Khan on how Paleo diet is ideal for weight loss

How to stop stress eating – 6 tips from an expert