Four politicians are being investigated for drinking wine at the Welsh parliament – just days after banning alcohol in pubs.

The group were served drinks by caterers in the Ty Hywel building which adjoins the Senedd, Wales’ parliament.

Officials at the Senedd say they are investigating an ‘incident’ which ‘may have been contrary to public health regulations’.

All four have apologised but insisted they did not breach regulations.

Mr Davies has been suspended by Labour while the investigation is carried out but said Senedd officials have said he did not break the rules.

A Welsh Labour spokesperson said: ‘A member has been suspended from the privileges of the Senedd Labour group membership while an investigation takes place into this alleged incident.’ 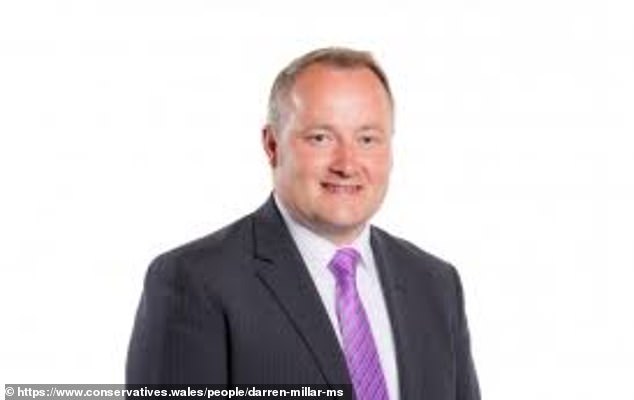 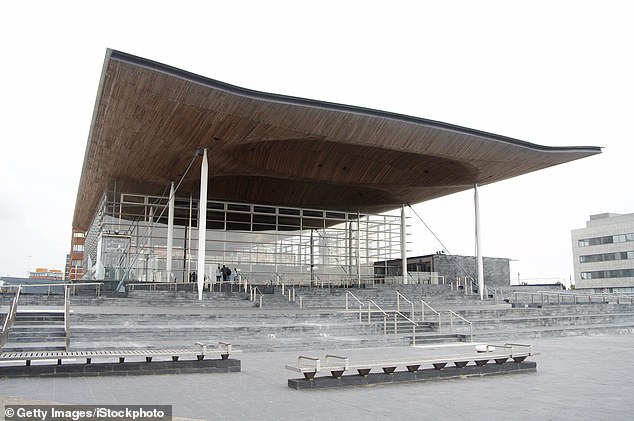 The group were served drinks by caterers in the Ty Hywel building which adjoins the Senedd, Wales’ parliament

A Welsh Conservatives source told the PA news agency that the group believed they had not broken Covid-19 rules because the alcohol was not bought from the Senedd site nor was it served by catering staff.

A statement on behalf of Paul Davies, Darren Millar, Paul Smith said: ‘We are profoundly sorry for our actions. While we did not break the rules, we recognise that what was part of a day’s work would not be seen to be following the spirit of them, especially given the tough time the country has been going through.’

A spokesman for the Senedd Commission, which is the corporate body for the Senedd, said: ‘We are aware of an incident on the Senedd estate last month which may have been contrary to public health regulations in force at the time.

‘The Senedd Commission takes the public health regulations in Wales very seriously and is currently investigating the matter in order to establish an accurate account of what took place and to determine whether action may be required.’

A spokesman for catering company CH&CO Group, which offers catering and hospitality services at the Senedd, said: ‘We are aware of an alleged breach of public health regulations at the Senedd estate.

‘As caterers, we take our responsibilities and obligations to restrictions and public health regulations across the UK very seriously. 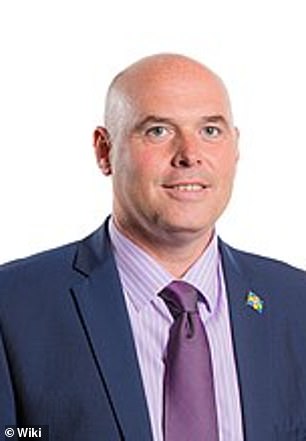 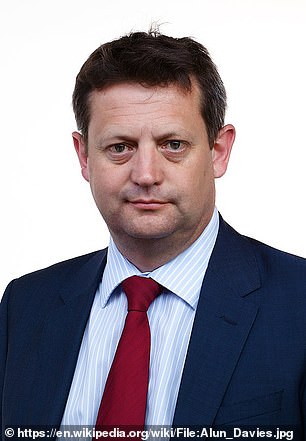 ‘We are currently undertaking a full investigation into this matter.’

The Welsh Government’s minister for mental health Eluned Morgan said on Twitter: ‘I have written to @WelshConserv this evening to call on them to take appropriate action and suspend those involved whilst investigations continue into this alleged incident.’

Plaid Cymru MS Llyr Gruffydd said on Twitter: ‘If this is true it seems Tories and Labour politicians have been indulging in a lock-in while the public are locked down.

‘This is incredibly serious and nothing but an immediate suspension of the whip pending a thorough investigation will suffice.’

‘If the matter is referred to police, an investigation will be undertaken if suspected breaches of the public health regulations are identified.’

One in four Brits resorted to DIY dentistry during lockdown