Women who take up healthy habits in middle age slash their risk of a stroke by more than a third, say researchers.

The key habits they should adopt are daily exercise, consuming less junk food and alcohol, not smoking and shedding a few pounds if overweight.

The findings add to evidence that it is never too late to protect against serious illnesses. 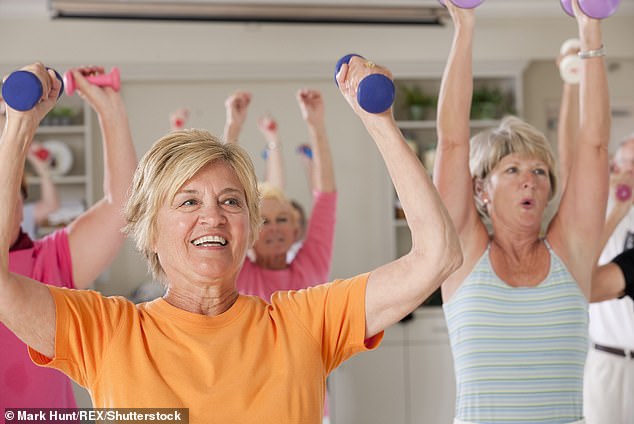 Women who take up healthy habits in middle age slash their risk of a stroke by more than a third, say researchers (stock image)

‘We found changing to a healthy lifestyle, even in your 50s, still has the potential to prevent strokes,’ said heart specialist Professor Goodarz Danaei, the author of the study.

‘Women who made lifestyle modifications in middle age reduced their long-term risk of total stroke by nearly a quarter and ischaemic stroke, the most common type, by more than one third.’

Ischaemic strokes account for 80 per cent of cases. They occur when a clot blocks off blood flow to the brain.

The more rare haemorrhagic stroke occurs when a blood vessel in the brain bursts.

Strokes are the fourth most common cause of death in the UK, claiming 38,000 lives a year. In general, women are more prone than men.

They are also more likely to die and have poorer health and physical function after a stroke.

The average age for a first stroke in women is 75, and the researchers in the US wanted to see if making simple lifestyle changes in midlife might help reduce their risk.

They analysed data on nearly 60,000 women from the Nurses’ Health Study in North America who enrolled in their 40s, 50s and 60s and were tracked for decades. 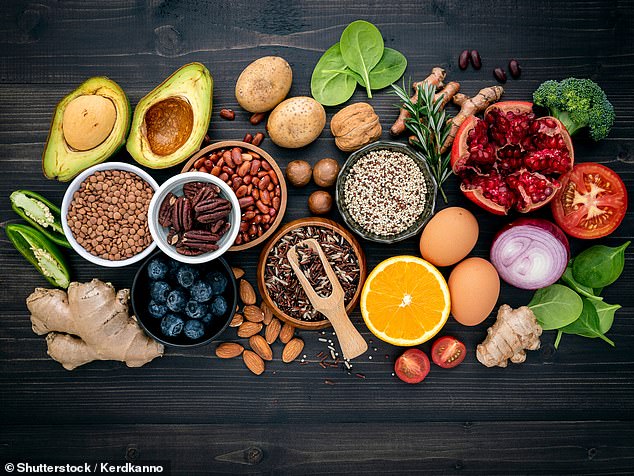 Eating more fish, nuts, whole grains, fruits and vegetables and cutting down on red and processed meat and alcohol can help to keep healthy (stock image)

The impact of stopping smoking, exercising 30 minutes or more daily and gradual weight loss for those with a body mass index of at least 25 was assessed.

BMI is a measure used to deter mine a healthy weight for an individual’s height. The researchers, whose study was published in the medical journal Stroke, also looked at the effect of dietary changes recommended by experts.

This included eating more fish, nuts, whole grains, fruits and vegetables and cutting down on red and processed meat and alcohol.

The participants were followed for an average of 26 years, making it one of the largest and longest studies of its kind.

Those who managed sustained dietary improvements were 23 per cent less likely to have a stroke.

Professor Danaei, of Harvard T.H. Chan School of Public Health in Boston, pointed out that the research was based on an observational study that included mostly white, middleaged women.

But he added: ‘There are other studies to support the proportional changes in stroke risk from lifestyle and dietary modifications may be generalisable to men.’