A young boy who was not supposed to live beyond April and who dreams of becoming a cop was surprised with a police escort to his final cancer treatment.

Liam Silveira, 7, from Bangor, Maine has been fighting high grade glioma for over a year.

Doctors told his mother, Devin, that Liam’s cancer was aggressive and to prepare for the worst. 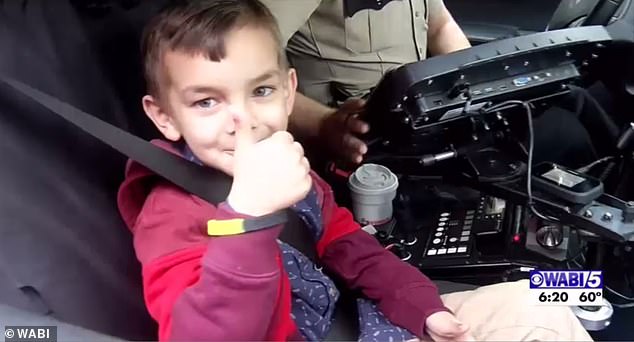 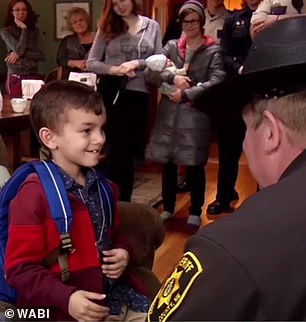 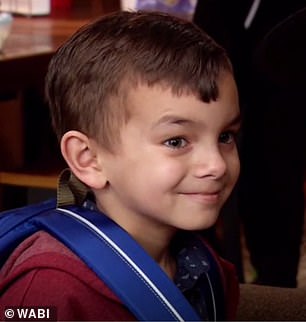 ‘He is finishing chemo today. He understands what’s going on.‘

‘He knows his treatment. He knows the prognosis somewhat. He was only given a year.

‘He wasn’t supposed to make it until April and here he is, he’s just going’.

Liam has always dreamed of becoming a police officer when he grows up and local Officer Dan Gastia is his idol.

And he was ecstatic to find a living room full of police from the Penobscot County Sheriff’s Department on his last day of chemotherapy. 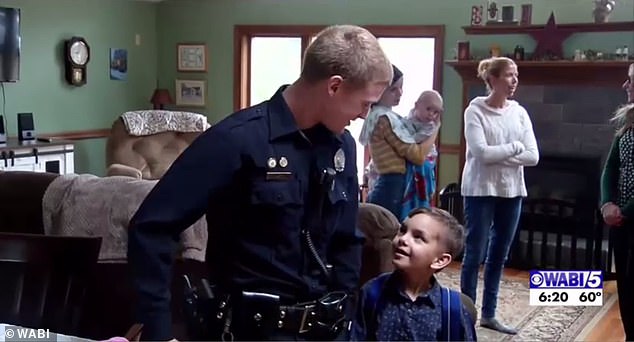 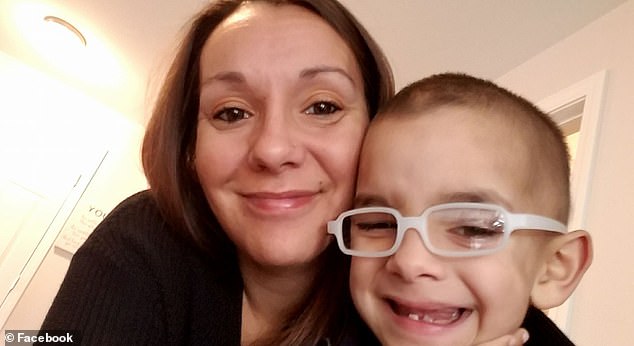 The officers let Liam ride in the police cruiser, use the radio, and even gave him an honorary sheriff’s badge.

Sheriff Troy told WABI: ‘He inspired us. We thought we were here for him, and I think he’s done so much for our community and all of us.

‘It was just a blessing to be a part of it’.

‘I cried just to see how many people came out to support him and show their love for him,’ Silveira said. ‘It was really touching’.

Tearful Devin said her boy is an ‘amazing and inspiration kid’ who deserved the best things. 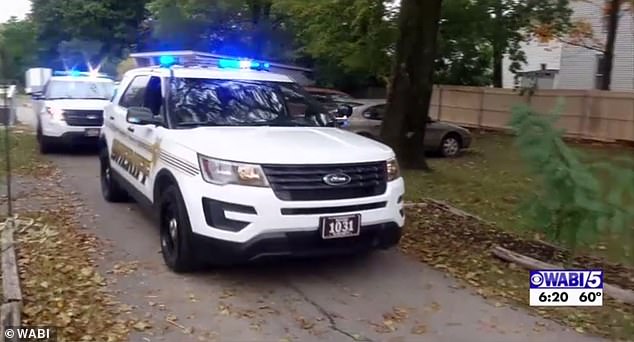 Although Liam is not completely cured, his family is grateful he will not have to go through any more chemotherapy.

Dan Gsatia said he admired the young boy so much for the courage and he has shown.

‘To see as an individual how strong he is is something I admire, he’s faced a lot of adversity through this and hes a strong individual,’ he said.

It is unclear if Liam has been cured but a family source said he may not be able to become a police officer when he’s older because of his illness.

A family source told KPLC: ‘Liam wants to be a police officer when he grows up and for Liam that’s a dream that he won’t be able to realize because of illness.

‘But we wanted him to have that moment today’.

His mother said the little boy was ‘doing awesome’ and he has been in treatment for over one year now.

She said: ‘He was only given a year, he wasn’t supposed to make it until April and here is. He is just going.’