Tributes have been paid to the ‘inspiration’ behind BBC‘s Children in Need who once made headlines when she told Margaret Thatcher to ‘get in the queue like everybody else’.

Joyce Rose marched up to a senior BBC executive on his lunch break in the 1970s and told him the corporation should do an annual TV fundraiser for children.

The formidable tea lady, who spent some three decades serving beverages and biscuits in the corridors of Corporation House, came up with the idea after being told she could not have children herself.

Joyce also made national headlines when she famously told then-Prime Minister to ‘get in line’ after she tried to skip the queue at the tea trolley.

Her family have now paid tribute to Joyce, who died on Monday aged 79 after a battle with kidney cancer. 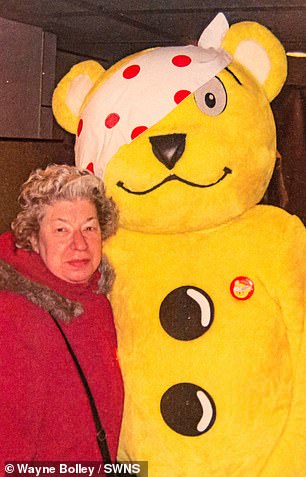 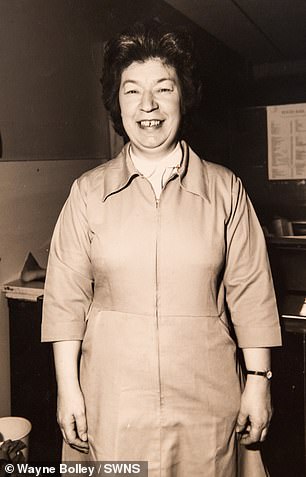 Joyce Rose, who worked as a tea lady at the BBC for three decades, passed away aged 79 after a battle with kidney cancer 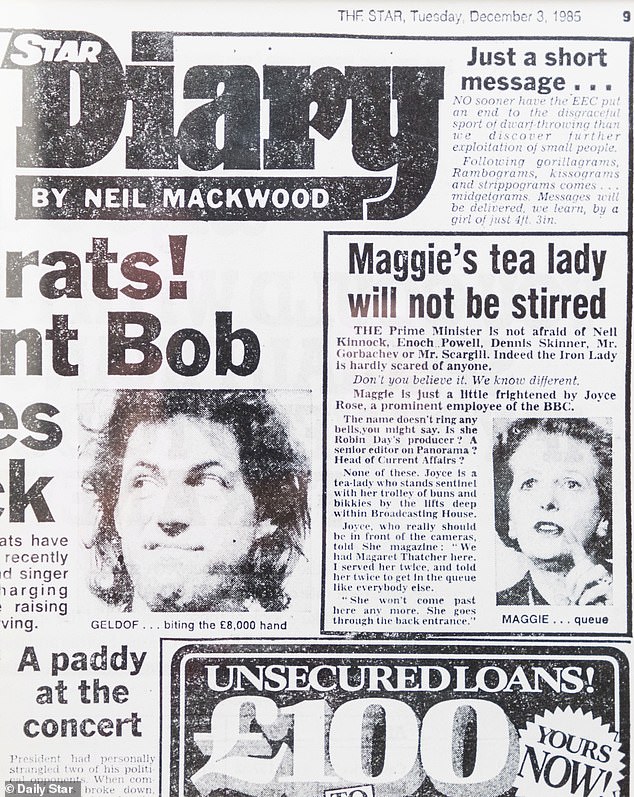 Joyce told her family the executive took her idea on board before the first Children in Need telethon was broadcast in 1980.

She went on to raise thousands for the cause herself by walking around London dressed as the Queen and posing for photos with tourists.

Her family say they were never sure whether Joyce was pulling their leg until they found a newspaper clipping backing up her Margaret Thatcher story after she died.

Joyce, from Paddington, west London, worked at the BBC from the mid-60s to the mid 90s and was most often found outside the lifts selling snacks to the employees.

She became known for her equal treatment of everyone – regardless of celebrity status – and for ‘putting big headed people in their place.’

One of her early run-ins was with drummer Freddie Marsden from Gerry and the Pacemakers. 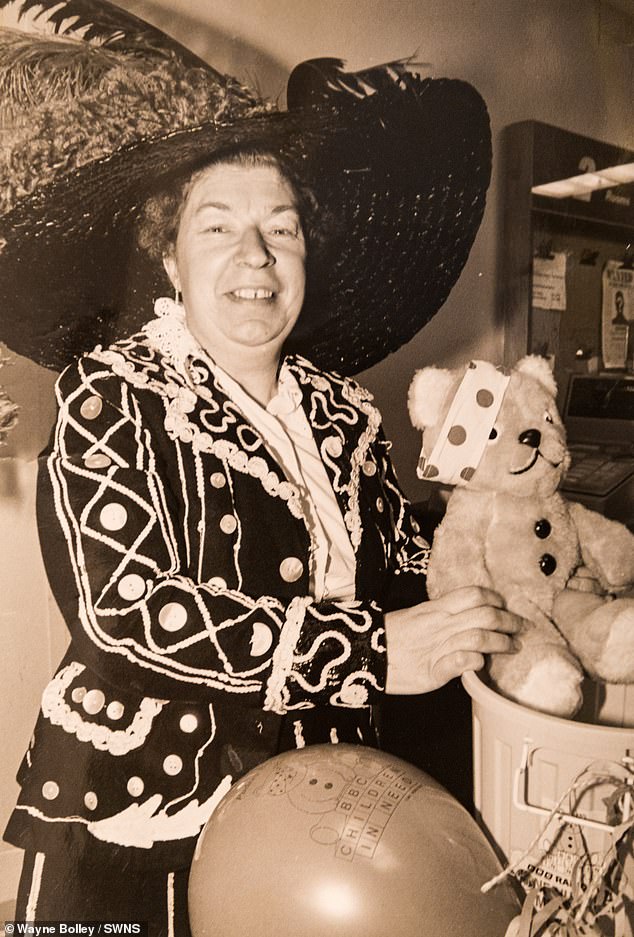 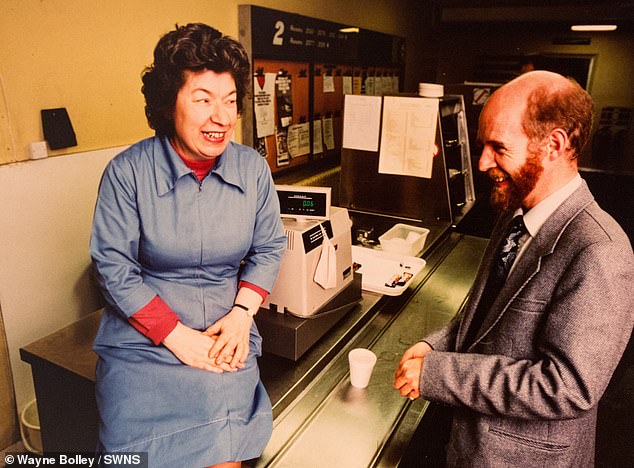 Joyce, pictured here in the canteen at the BBC, is said to be the ‘inspiration’ behind Children in Need 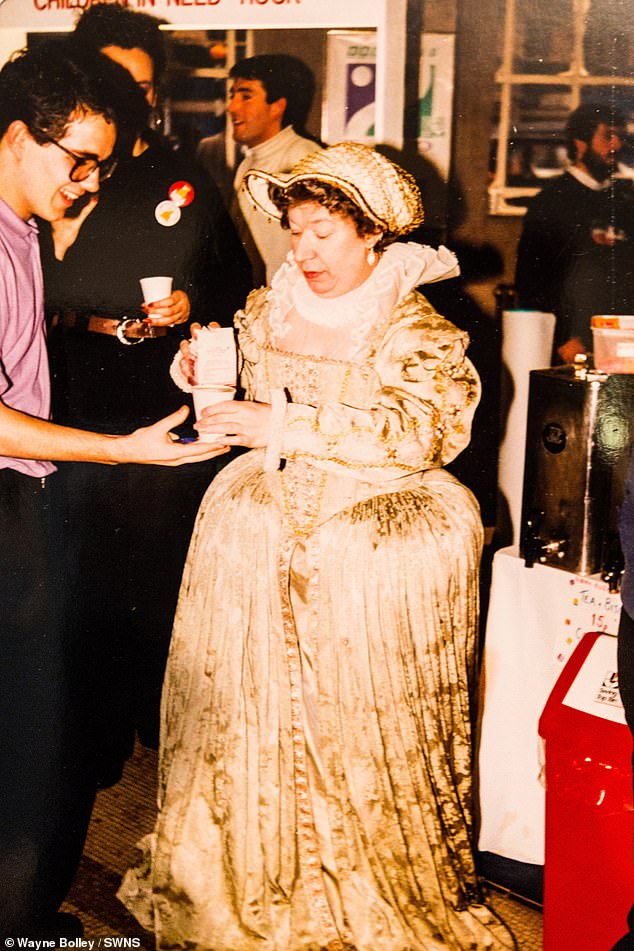 The tea lady would walk around dressed as the Queen, posing for pictures with tourists in exchange for charitable donations

Her sister Linda, 73, said: ‘Freddie was said to be walking around incredibly big headed.

‘I’m not too sure what he said but Joyce marched over to him and told him “You need to stop being so big headed. You wouldn’t be here if it wasn’t for the public.”

‘Apparently he just took it and didn’t say a word back. I don’t think he was expecting it.’

Bear facts on a fund-raising phenomenon

1980 Children In Need, the UK’s first charity telethon, is broadcast on BBC1

2,400 the number of projects the charity is currently supporting across the UK

582,000 number of children and young people who benefited from 2017 appeal

Linda said: ‘She was walking along the corridor with her trolley ready to serve tea and biscuits to the office workers.

‘He was about 20 metres in front of her. He looked behind and saw her coming but chose not to keep the door open so it swung back and hit her in the face.

‘He knew it happened but just kept walking. It was Bing Crosby’s wife who gave him a right telling off.

‘Joyce joined in too but she didn’t go in as hard as his wife as she didn’t think it was her place.

‘Her work for charity showed she had a caring heart but she hated people who thought they could step all over the little people.’ 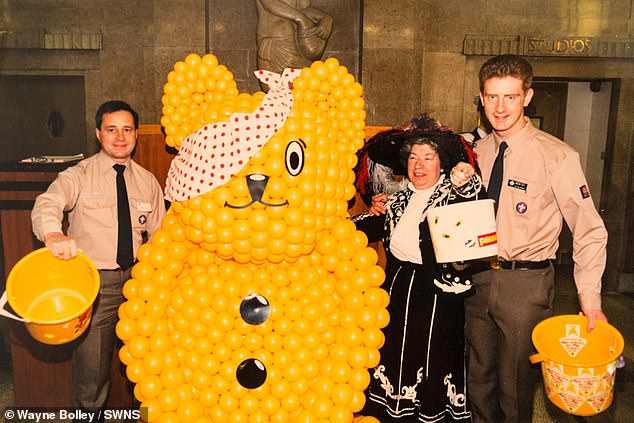 Having been crushed by the news she was unable to have children, Joyce chose to use her job as a means of helping other people’s children 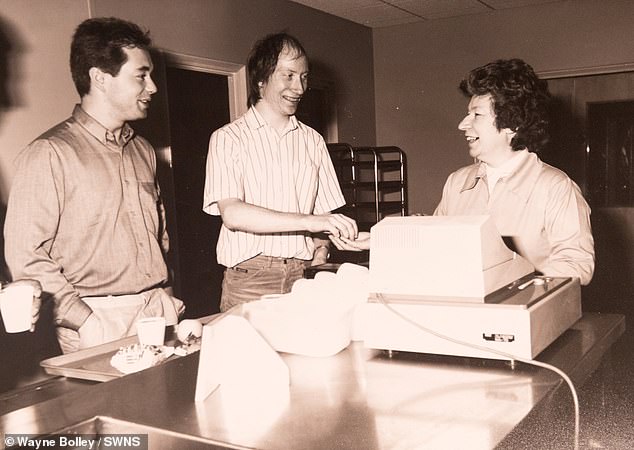 And she made an appearance in the Daily Star newspaper in December 1985 under the headline, ‘Who’s afraid of Margaret Thatcher, not Joyce Rose’.

The story revealed how she had told the leader to get in line.

Linda added: ‘She didn’t care that she was the Prime Minister. She was always quick on bad manners so told her to go to the back as office staff only had 15 minutes for a break.

‘Just because she had a high office that didn’t mean she didn’t have to be polite.

‘If you were out of line she would tell you. Apparently Maggie avoided the canteen floor for years so she didn’t have to bump into Joyce.’