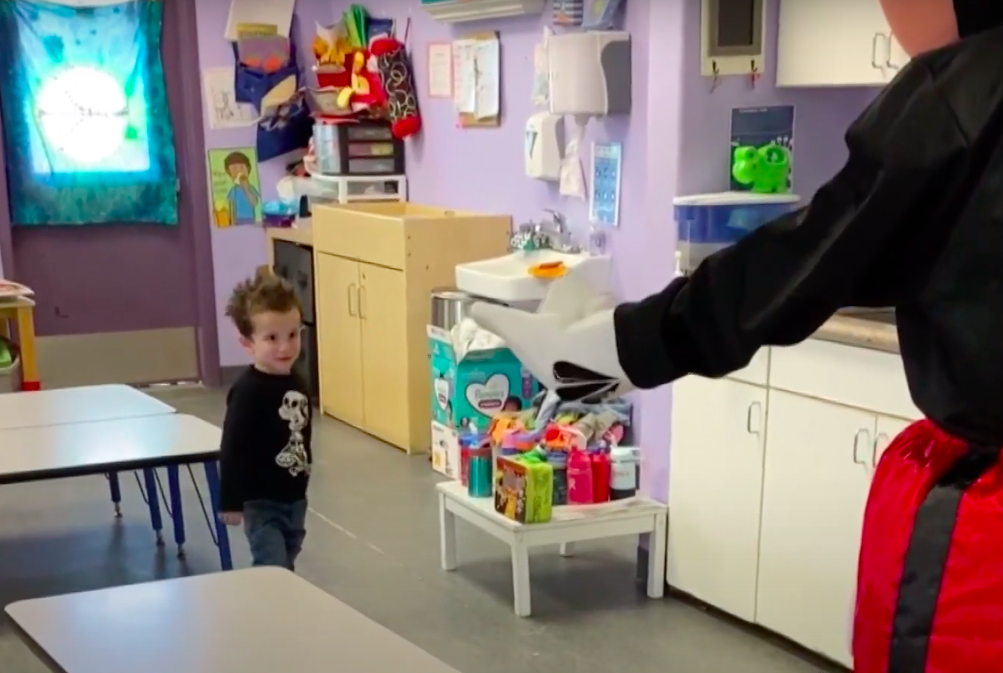 When it was little Nico’s birthday, his mom, Vanessa Flores, wanted to do something special to surprise him.

Nico is on the autism spectrum and is nonverbal, so Flores must be careful with what she surprises him with. He doesn’t like loud noises, so he needs something that won’t scare him.

Then Flores thought of the perfect idea. She reached out to Zayya Henderson, owner of Royal’s Characters, a local party character business. Since Nico was unable to go to Disney, his mom figured she could bring Disney to him.

Henderson agreed to have Mickey Mouse visit Nico at his Sacramento, California preschool. Flores explained the situation to Henderson and told her that Mickey must have a lot of patience and be very quiet.

Flores was worried about how Nico would react, but the surprise couldn’t have gone any better. Mickey arrived at Nico’s school and was silent. He allowed Nico to walk up to him on his own and at his own pace.

Not only did Nico walk up to him, he ran! He was so excited to see his favorite Disney character, and gave Mickey a huge hug before waving to him. Flores’ heart melted. She said it was magical and the most sincere surprise.

This will definitely be a birthday that Nico will never forget! Happy birthday, Nico!

Watch the heartwarming surprise in the video below: