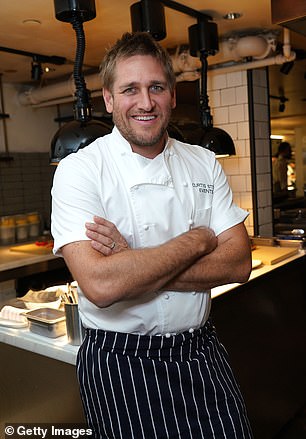 Australian celebrity chef Curtis Stone has revealed his secret to cooking the perfect steak every time.

The restaurateur said the trick was resting your cooked steak on a rack after cooking – before placing the meat back into the hot pan for a further 60 seconds on each side.

‘There’s probably a step in there you’re not familiar with, which is resting the steak,’ Curtis told Channel Seven’s The Morning Show.

‘You’ve got to let it rest for maybe four to five minutes in between the 60 seconds on each side. Not resting before serving, but resting mid-cooking.

‘You’re letting the juices distribute back through the steak, I know it’s a technical way of cooking steak but I tell you what, it’s really worth it.’ 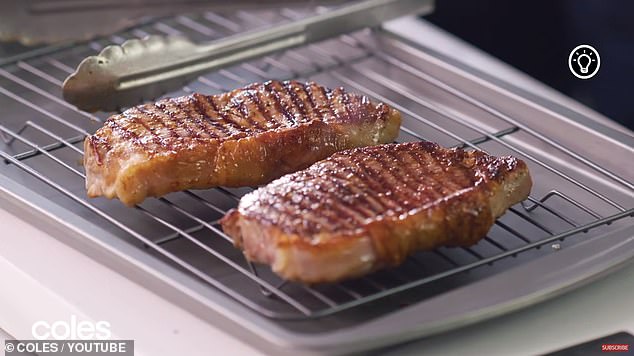 Season with salt and pepper

Cook on high heat until caramelised

Cooking over high temperature in a cast iron pan, Curtis demonstrated with a piece of wagyu beef.

‘You want a nice hot pan. Once you get that caramelisation, you turn it over. You want that nice big sear so that’s why you want that hot pan,’ he said.

Earlier this year, Curtis shared his foolproof recipe to cooking steak to perfection.

To help the meat cook evenly on the hot stove, the ambassador of Coles suggested bringing the steak to room temperature about 45 minutes before cooking.

‘You let it come up to room temperature, you’re gonna get a much more even cook by doing it that way.’ 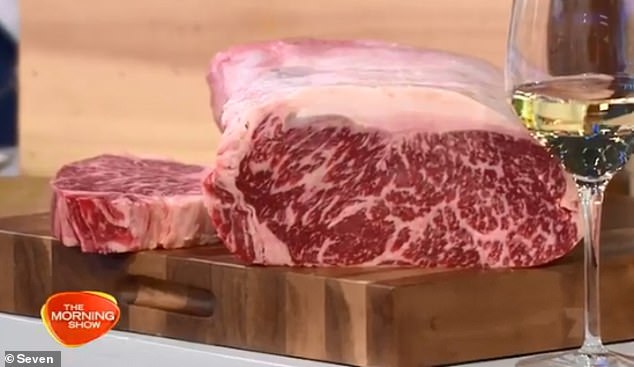 Cooking over high temperature in a cast iron pan, the chef uses a piece of wagyu beef 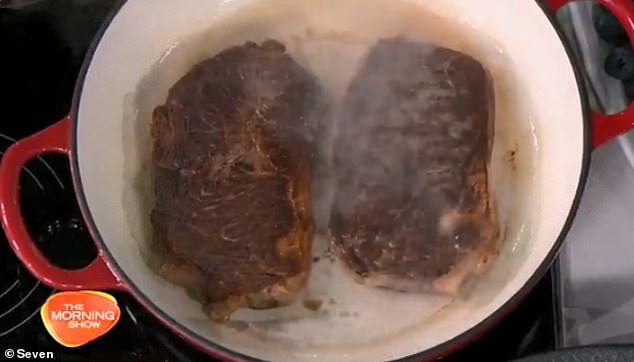 Curtis said he cooks the steak until they form a caramelisation, before turning them over

Once the meat came to room temperature, Curtis said he prefers seasoning his steak with salt and pepper on both sides before rubbing a dash of oil.

‘Be generous with your seasoning because don’t forget, it’s impossible for you to season the inside of the steak, so seasoning the outside is really important,’ he said.

‘It’s also going to help give you that gorgeous crust that you’re looking for. You want to cook it on a nice, high heat, then you’re going to get that beautiful sear – and that’s where you get that delicious crust on the outside.

‘Then just drizzle them with oil, and rub it all over. I like to do it this way, some people prefer to brush their actual grill but I like to use a tiny bit of oil. You really don’t need a lot to cook the perfect steak.’

Depending on the thickness of the cut, Curtis said he usually cooks his steak for about two-and-a-half minutes on both sides.

‘The tendency is to mess with it but just have the confidence to leave it in the pan, we’re looking for a deep, golden brown and you’re going to get it, be patient’ he said. 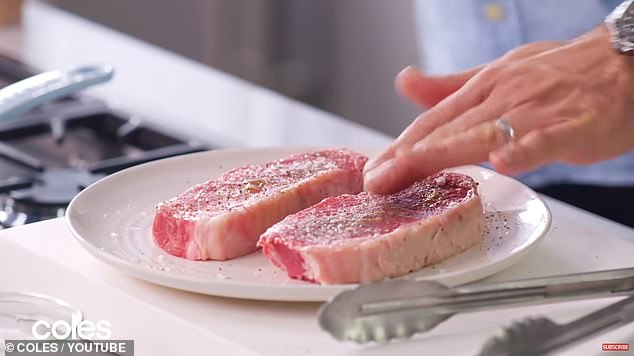 Half way through the cooking process, Curtis said he uses a pair of tongs to stand the steak up on its side to render the fat before he turns the meat over.

‘It gives a little bit of caramelisation to the fat, which runs on top of the porterhouse.’

Curtis said render the fat for just 20 seconds before you flip it to the other side.

Once the steaks were cooked, he places them on a rack to rest rather than a plate because this prevents them from ‘sweating’ in their own juices.

‘Now, if you cut the steak straight away without resting it, those juices will all run out, and you’re going to lose a lot of the flavour and the juiciness of the steak.’

Curtis said if you end up with ‘red in the middle, and grey on the outside’, that’s because the ‘temperature hasn’t had time to distribute to the steak’.

Food rich in vitamin D such as cheese and oily fish is good for the heart, research shows