After losing her mother to breast cancer, Robyn Ranford was anxious to know if she too was at risk of developing the disease.

But when she spoke to her father, he revealed that her worries were unfounded – as the woman she had called ‘mum’ all her life wasn’t her biological mother.

Instead, Miss Ranford, who was 16 when she learned the life-changing news, was conceived by IVF using an egg donor.

The revelation led the postgraduate student, now 22, on a journey to meeting her biological mother – and discovering she had a half-brother conceived in the same way. 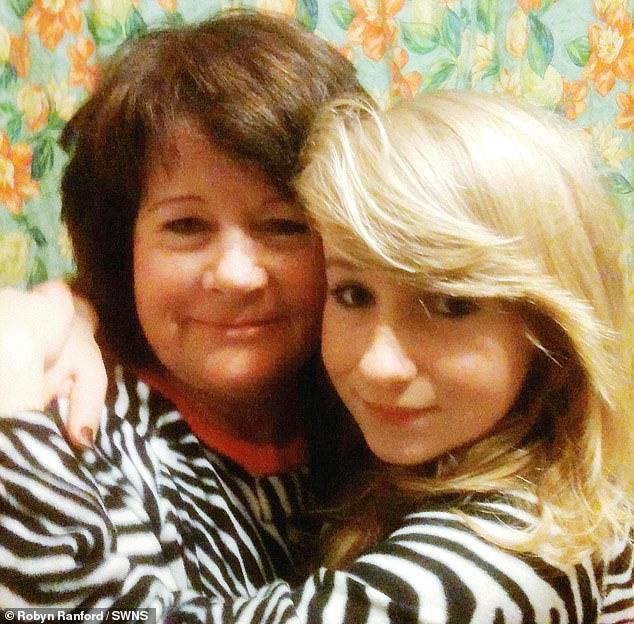 Robyn Ranford, 22, (right) met her egg donor in February 2018 after contacting her father to find out if the breast cancer which killed her mother (left) in 2012 was hereditary

She waited four years before contacting the Human Fertilisation and Embryology Authority (HFEA), which holds records on the identity of donors.

A law change in 2005 means some donors can consent to allowing their name and contact details to be passed on.

‘It was an incredibly complex thing to deal with’, Miss Ranford said. ‘I was processing the loss of my mum and also suddenly felt as though I wasn’t sure of half of myself.

‘That feeling lasted for four years, but for a long time I tried to push that curiosity away as much as possible and just get on with life.

‘It was quite a long time before I was ready to reach out, but I’m really glad I did – we have stayed in contact ever since.

‘When you go into something like this, you have no idea what to expect, and even though I felt like I was fully ready before the meeting and had seen pictures of her, it was still quite a shock to come face to face with someone that looks just like you and even has similar mannerisms.

‘It’s a very complex, pretty weird situation but I do think it’s put my mind at rest a bit because it’s answered so many questions I had.

‘I feel like there’s a part of myself that I know much better than I did before.’

To add to her shock Miss Ranford, who studies European culture and thought at University College London, found out she had a half-brother who was also conceived by Angie’s egg donation, at the Bristol Fertility Clinic. 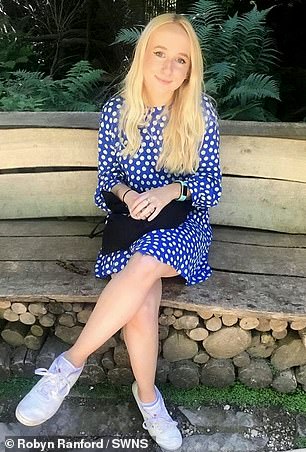 She made the discovery while in contact with the HFEA. Miss Ranford has no details about the identity of her half-brother – only that he was born in 1996 – but is desperate to track him down.

After meeting her biological mother, she found out she has another two half-siblings, who Angie conceived naturally.

Miss Ranford said: ‘It must have been really strange for her, to just be going about her day and then suddenly get this email from someone who is essentially her biological daughter – someone she didn’t even know really existed.

‘She has two children of her own who are older than me. Weirdly, they’re born on the 6th and 7th May and I’m born on the 8th.

‘She originally donated her eggs anonymously after seeing a newspaper advert.

‘Angie was open to the idea of finding out what had happened to her eggs – she didn’t even know if it had been successful until then.’

Miss Ranford, who did not provide her parents’ names, added: ‘It’s so strange to know that I’m related to someone who could realistically be anywhere in the world, in any situation.

‘There are so many situations that could arise. He could know and not be bothered about finding out the identity of the egg donor, or he might actually want to get in touch.

‘I’d love to meet him as I don’t know anybody in the same situation as me, and it would be great to have someone to speak to who understands exactly what it’s like.’

Miss Ranford describes her relationship with Angie, whose surname has not been disclosed, as ‘like you’d have with an aunt’ and says they meet once a month. ‘Everything has worked out better than I thought it might,’ she told the website Refinery29.

‘It’s a big sense of relief to have Angie in my life, and nice to have the missing half of my identity confirmed.’

Mom, 39, loses battle with cancer after she pens heartbreaking letter to her insurer