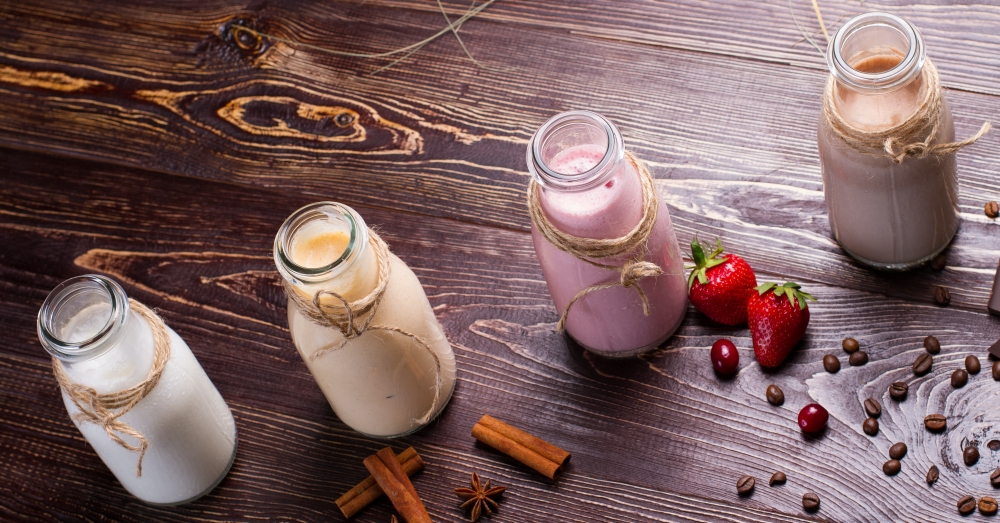 Roughly 10 million adults in the United States struggle with dysphagia, the term used to describe difficulty swallowing. It’s common for people with Alzheimer’s to have this issue, but it also appears in people with autism spectrum disorder and patients undergoing cancer treatments like chemotherapy. It can also affect those with Down syndrome, Parkinson’s disease, or multiple sclerosis and those who have recently been on a ventilator or feeding tube.

For these people, there are not often many food options available. Typical grocery stores and supermarkets sell just three types of products geared toward people with dysphagia: Ensure, Boost, and a generic equivalent. All of them are very sweet thickened liquid meals, which means that people with dysphagia are often deprived of the joys of eating solid and savory foods. These meal replacements may also lack certain nutrients and contain a lot of sugar.

“It’s like a silent problem,” says Reva Barewal, a prosthodontist and the inventor of Savorease crackers. “We need to make a paradigm shift in how we approach nutrition for people with disabilities.”

Dr. Barewal suffered from jaw problems as an infant, likely due to the use of forceps in her birth, and underwent years of medical treatments as a child that left her with chronic jaw pain and a large gap between her jaws. She knows some of the struggles of dysphagia and other oral dysfunctions first-hand, and she’s used that experience as motivation as she spent six years developing a new kind of food for people who can’t eat the way most people do.

Over the years, Dr. Barewal has slowly become more able to chew her food, although some foods are still exhausting for her. However, she refuses to feel sorry for herself, instead letting her past fuel her future.

“I don’t want this to be a pity project about me,” she says. “I use my experience as a lightning bolt to get shit done in this world.”

This brave woman also has a background not only in the dental field but also in French cuisine, making her the perfect candidate to invent something both functional and tasty.

Dr. Barewal’s experiments started in her kitchen in Portland, Oregon. She attended conferences and dysphagia-related support groups and used what she learned to make changes to her product. Then she took her product to the Food Innovation Center, a kitchen, lab, and consumer testing site funded by Oregon State University, to get help developing the perfect product. Dysphagia sufferers, swallow therapists, a dietitian, and a geriatrician were all brought in to make sure no issues went unsolved.

Now her efforts have led to Dr. Reva’s Savorease, a brand of savory crackers sold through Dr. Barewal’s company, Taste For Life LLC, that can be used to scoop up a dip but are fully capable of melting in the mouth, regardless of whether the consumer can use their teeth, tongue, or saliva to assist the process.

Savorease is made by dehydrating small circles of aquafaba foam, which is made from the thickened liquid you might be used to draining off a can of beans, known as aquafaba. Natural stabilizers are added to the product along with natural flavors.

Savorease currently comes in carrot, chicken vegetable, and snap pea flavors. There are also easy-to-swallow dips to accompany the crackers if that’s your thing. So users get the experience of a solid, crunchy food without the actual need to chew it properly to prevent choking, and they get the savory flavors they’ve been missing too.

In addition, Savorease crackers incorporate lots of fiber and protein, along with real vegetables. These are nutrients often missing from typical shakes, purees, puddings, and other meal replacements geared toward people with dysphagia.

The crackers are available online at savorease.com for $2 to $4 per bag, each of which contains about 25 crackers. When eaten with the dip, each serving provides about 200 calories and eight grams of protein.

Dr. Barewal’s main concern in the development of this product has been her patients’ and consumers’ quality of life. From her time in the dental world, she has known several people whose conditions have caused them to feel like they don’t fit in, taken away the pleasure they derive from food, and just led to an overall state of sadness. She hopes Savorease can help people get back to enjoying their lives and stressing less over food.

“All the social problems I had to deal with because of my jaw,” Dr. Barewal says, “it makes you want to help people with problems feel like they fit in.”

So far, the crackers are getting rave reviews, with people who have tried them saying things like, “What a super product,” and “I want to thank you profusely for offering this creation to patients like me.” For people who subsist mainly on purees, smoothies, and meal replacement shakes, this new food product is a welcome source of nutrition and an exciting alternative to pureed or liquid foods.

Michelle Dawson, a speech-language pathologist who specializes in pediatric feeding disorders, says the product also has applications beyond providing a nutritious and tasty alternative for people who may never eat normally again. It’s also a great way to introduce children who have never been able to eat to one of their first solid foods, and it can help people transition back to solid food after not having been able to eat it for a long time.

Dr. Barewal says the dysphagia market isn’t as glamorous as other food trends, so it’s taking a while to get the traction she needs to be able to scale up and get Savorease available to more people. However, she’s shown that there’s a need for the product. She hopes the science behind her crackers can be used down the road to make other chewing-optional foods like tortilla chips, cinnamon toast, or popcorn.

Special Ed Teacher Visits Students Individually to Find Out How She...